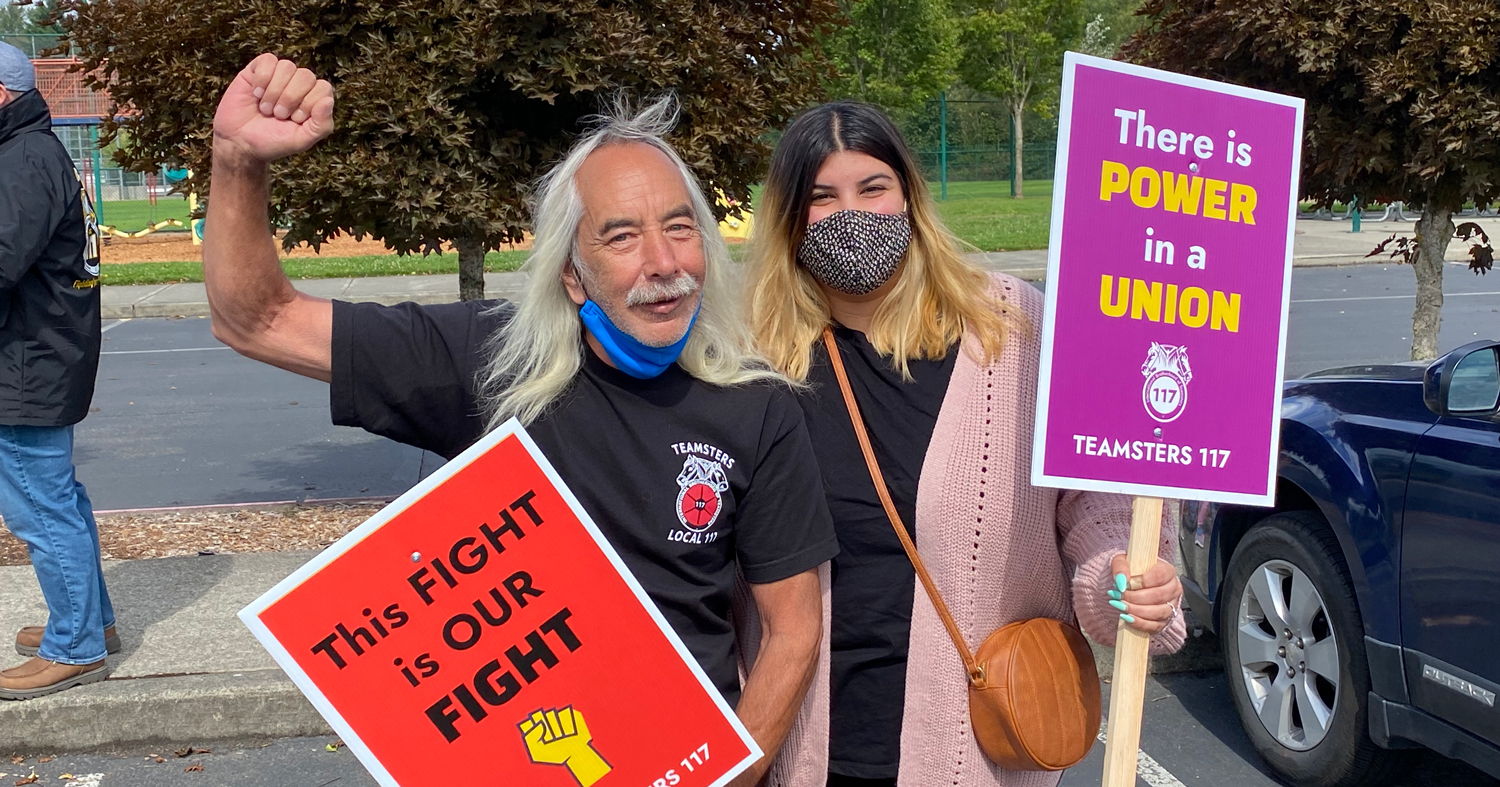 Teamster Frank Finley and Khiabett Contreras gear up for a consumer leafleting action.

After a long, tough fight, Teamsters at Animal Supply have won.

The group of 63 warehousers and drivers voted overwhelmingly on Saturday to ratify a new, three-year contract. The agreement contains significant wage increases - $2 to $3/hr in the first year - achieving the number one priority for the workers. The contract also caps mandatory overtime and improves safety, another one of the union's top goals.

"It took some time, but we all came through in the end," said Stephen Madtson, a shop steward and member of our union negotiation team.

"I'm proud of the people I worked with on this," added Madtson. "We got a lot changed in the language, and everybody likes the wage increases. It was nice to see that other members and staff were willing to help us with our struggle."

Throughout the five-month campaign, the group showed incredible courage, resilience, and unity. They voted to authorize a strike, protested excessive overtime by wearing solidarity buttons, participated in numerous leafleting actions, and raised practice pickets at the company's facility in Fife. In the end, they leveraged their collective power to win improvements at the bargaining table.

"Animal Supply Teamsters can be proud of their achievements," said John Scearcy, Secretary-Treasurer of Teamsters 117. "They refused to be bullied by an employer intent on undercutting livable wages and mandating substandard conditions. They stood together and fought for their livelihoods under challenging circumstances, and they won. As Teamsters, we can all learn and glean inspiration from their victory."