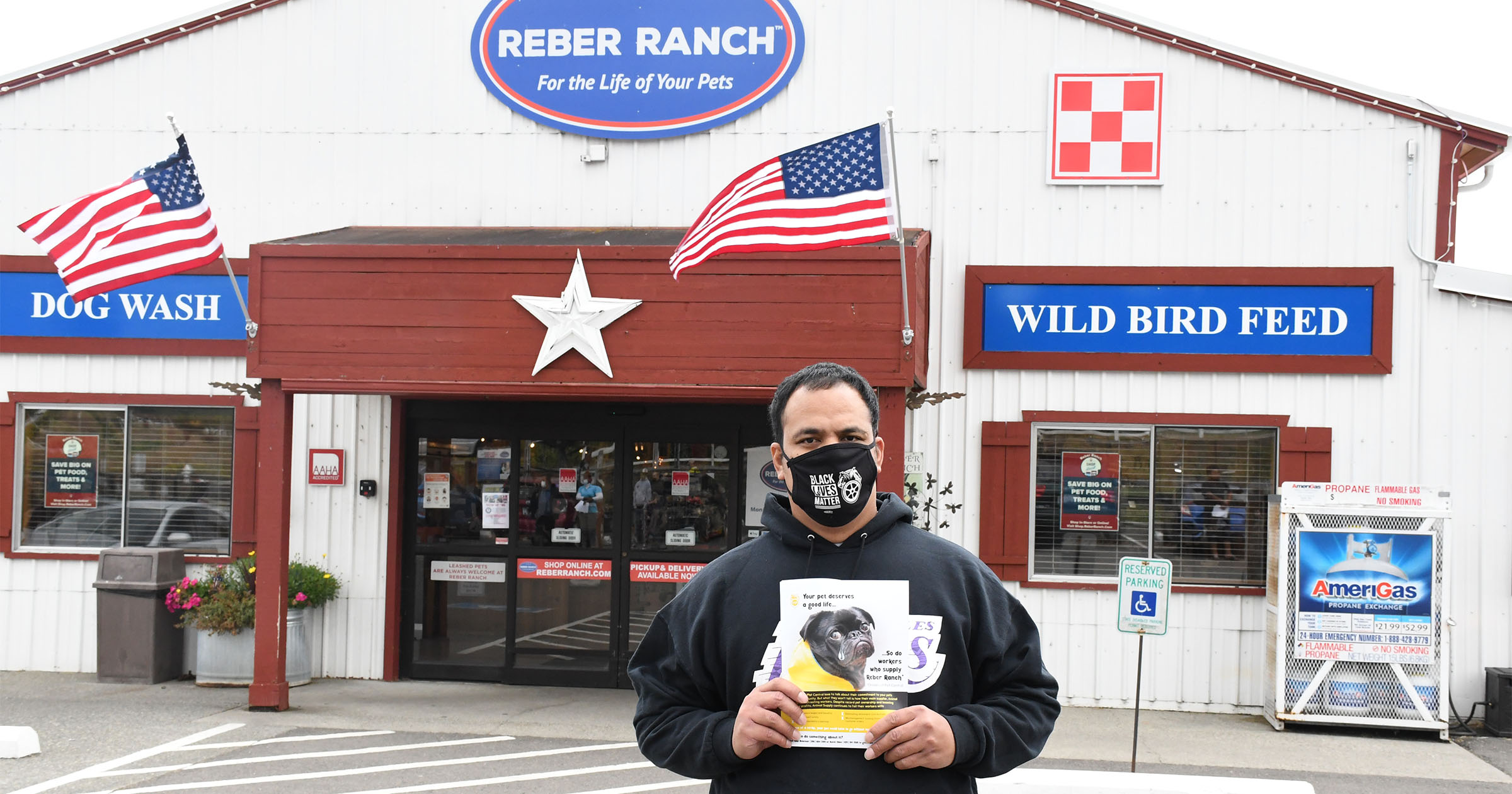 Teamsters at Animal Supply had no hesitation bringing their message to the consumers: We deserve to be treated no less than the pets we supply the products for.

David Grau is an animal lover and a dog owner who loves his job at Animal Supply Co. He  knows the warehouse inside and out. Last Saturday, David grabbed a stack of leaflets and together with his co-workers marched to Reber Ranch, a pet store in Kent which his employer supplies, to let the customers know that he and his Teamsters Sisters and Brothers deserve to be treated no worse than the pets that they haul food and medicine for. Pet owners, without exception, were outraged with the unacceptable conditions Animal Supply workers have had to endure.

Between grueling hours of mandatory overtime routinely exceeding 4 hours a day, meager wages, and lack of respect, Teamsters at Animal Supply had no hesitation to bring their issues to the consumers. The last straw was Animal Supply flagrantly flying in temp workers and hemorrhaging funds to pay for their transport, lodging, and food rather than investing in a fair contract for Teamsters who toil long hours to bolster towing the company’s bottom line. 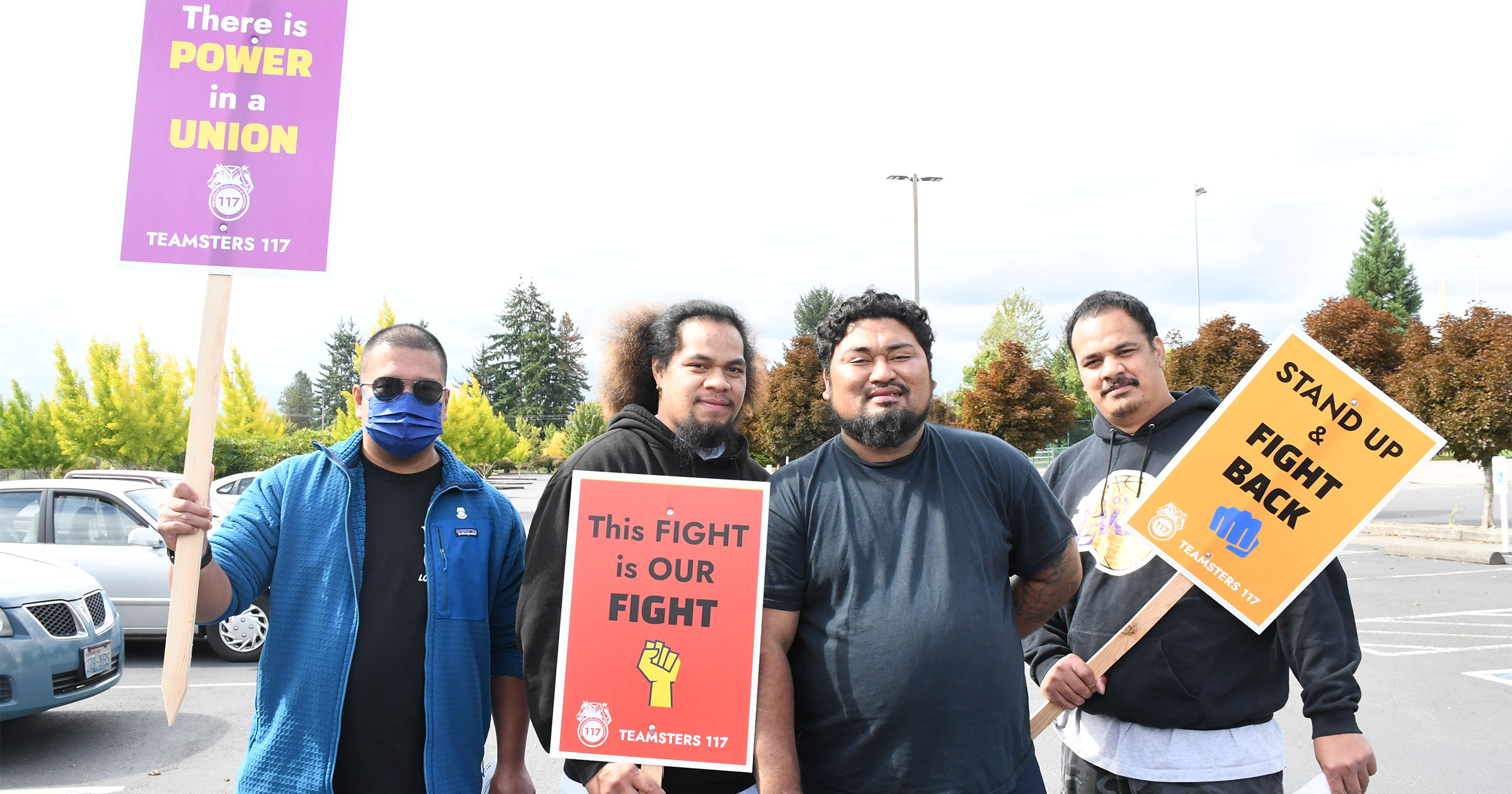 “The management can’t look me in the eye,” said David, as he was handing leaflets to pet owners trickling into Reber Ranch. “They are pulling in untrained and unskilled workers into the warehouse. It is not safe for anyone, and they know it.”

A week ago, Teamsters at Animal Supply took an overwhelming strike authorization vote. They are ready to escalate further if needed to achieve the respect they deserve  from the company which is making enormous profits from a booming pet care industry and record pet ownership rate.

"The management can’t look me in the eye. They are pulling in untrained and unskilled workers into the warehouse. It is not safe for anyone, and they know it."

In the meantime, workers like David and Joshua Toilolo, who also works at Animal Supply, can’t even catch a break to see their family. “I have 10 children, and I only see them when they are asleep,” Toilolo said. “Our work has more than doubled, and it’s time for the company to recognize our hard work.” 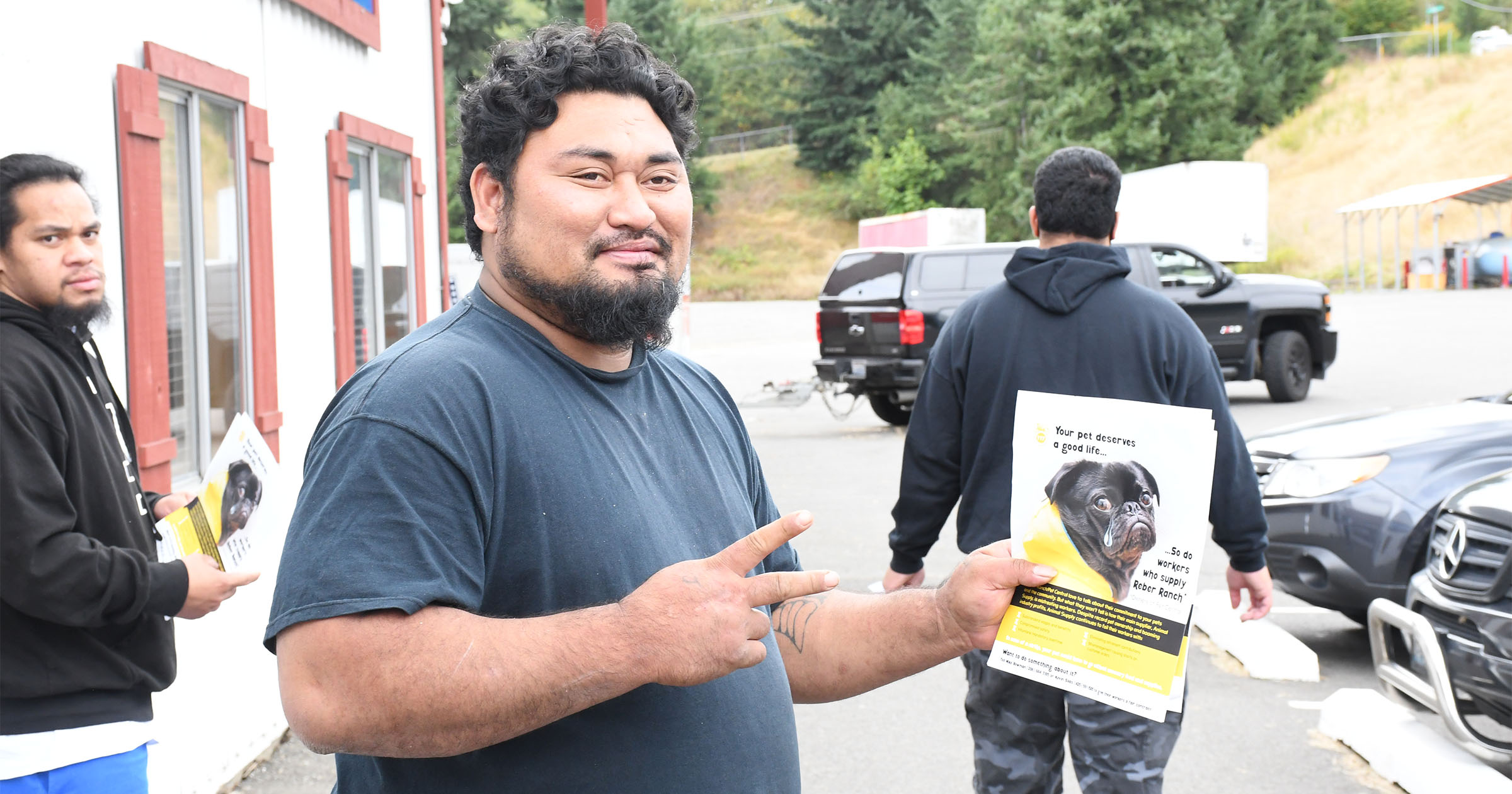 Joshua Toilolo, a father of 10 children, is unable to spent any meaningful time with his family because of grueling mandatory overtime.

The union has filed Unfair Labor Practice charges with the NLRB this week against the Employer alleging unlawful surveillance, hiring temps to do Teamster work, and locking-out employees from the Company’s computer systems. To support Teamsters at Animal Supply, you can go to the Company’s facebook page and demand  a fair contract for hard working Teamsters. Stay tuned for more consumer action planned for the future.

Animal Supply warehouse in Fife services upscale pet food stores like Reber Ranch, Mud Bay and All the Best Pet Care across Washington, Idaho, Oregon and Montana. They also supply to smaller local shops which are being shorted product because of issues with staffing.