The power of member involvement in their union. 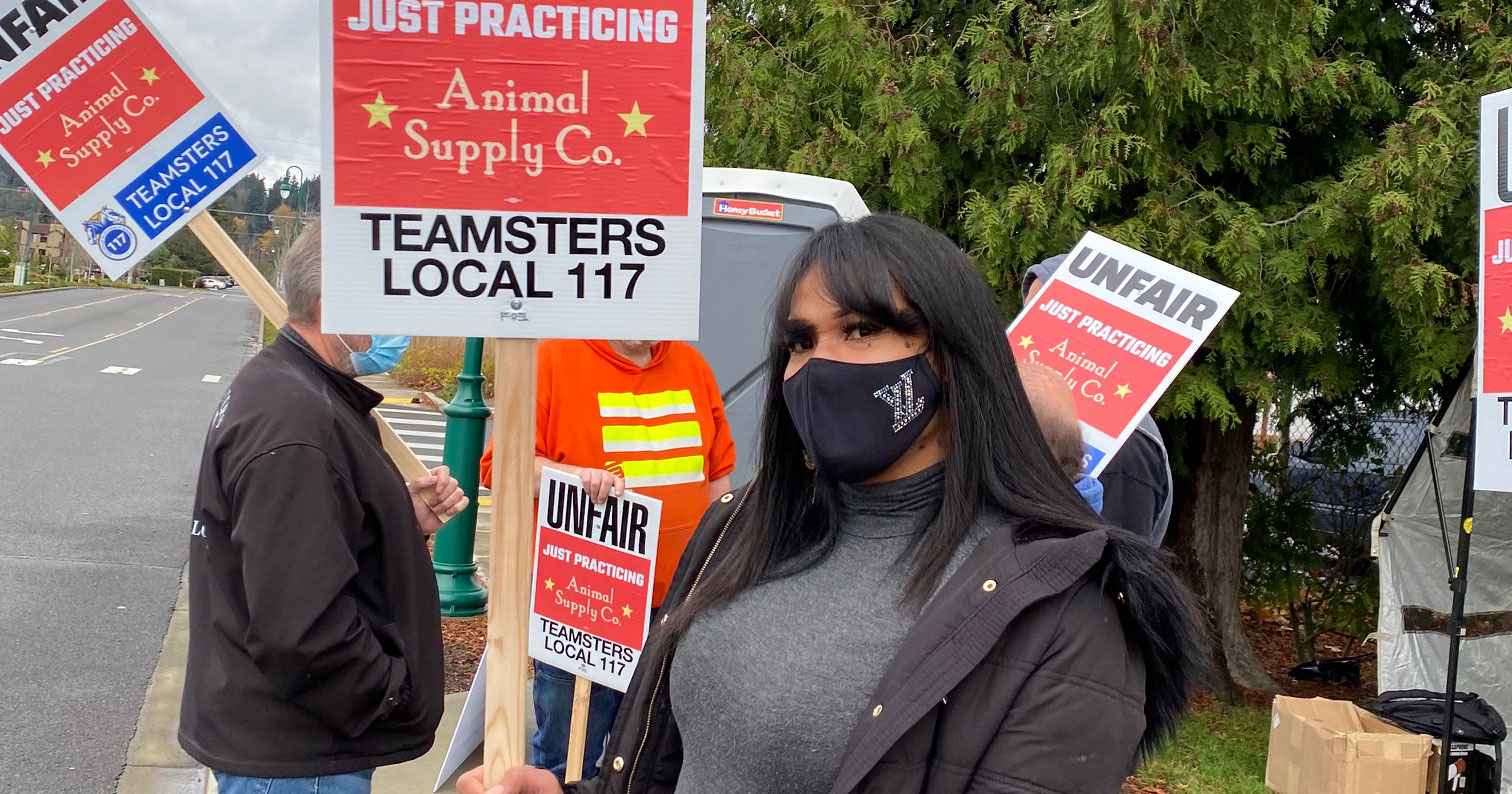 Cika Faapale went from initially doubting her union to leading her co-workers to the best contract they've ever seen.

One of the most inspiring contract fights in the last year has been with our members at Animal Supply.

The diverse group of workers went from the verge of a company-orchestrated decertification to getting their strongest contract ever. Members once skeptical of their union transformed into fearless warriors for fair pay, safety, and dignity at work. After a five-month struggle, they achieved their goals thanks to rank-and-file leaders like Cika Faapale.

In this interview, Cika shares her journey from initially doubting the union to leading her co-workers to a groundbreaking win.

Tell us about yourself and how you came to work at Animal Supply?

I’ve been at Animal Supply what seems like forever, but it’s only been a year and a half. I’m originally from Hawaii. I used to be a nurses’ aide and worked in an emergency room for seven years. So working in a warehouse is a totally different playground for me.

What was your impression of the union when you started with the company?

At first, I was iffy because I’ve never been part of a union. Some people were in my ear telling me the union was no good. But as we were going through the decert, I did some research and learned about the benefits. So I did a whole 360 and not only did I vote for the union to stay, but I also joined the bargaining team. I put my foot in 100% and it’s been an experience I will never forget.

What were some of the working conditions you were fighting to improve?

The company was doing things I knew weren’t right. Whether it was discrimination, unfair employment, unsafe conditions. We were on edge all the time.

What solidarity actions did you participate in to put pressure on the company?

We passed out flyers, we did picketing to practice what it would look like if we went on strike. We educated a lot of people. Because of the experience I gained, I was able to go back to the warehouse and share with non-union believers that it’s not just about paying a fee.

Your contract fight lasted several months. Was it hard to keep the group together?

The fight was very intense. There were times when we felt like we wanted to give up, but we thought about our future, our families, and the community we serve. With the union, we had a foundation to stand on. We were able to come together as one unit.

What gains were you able to achieve in your new contract?

When I started, wages were ridiculously low. Now, with my Union, I've seen a $4/hr raise plus our premiums. Getting the first paycheck under the new union contract was amazing. We were working so much overtime. Now we can work fair hours and still enjoy our lives. We stood up for what was right. And here we are with what we deserve.

What would you say to non-union workers who are unhappy with conditions at work?