Teamsters keep beating UNFI - this time will be no different

UNFI can't get rid of the Teamsters. As many times as the anti-union company has tried, we’re still here to protect our members. 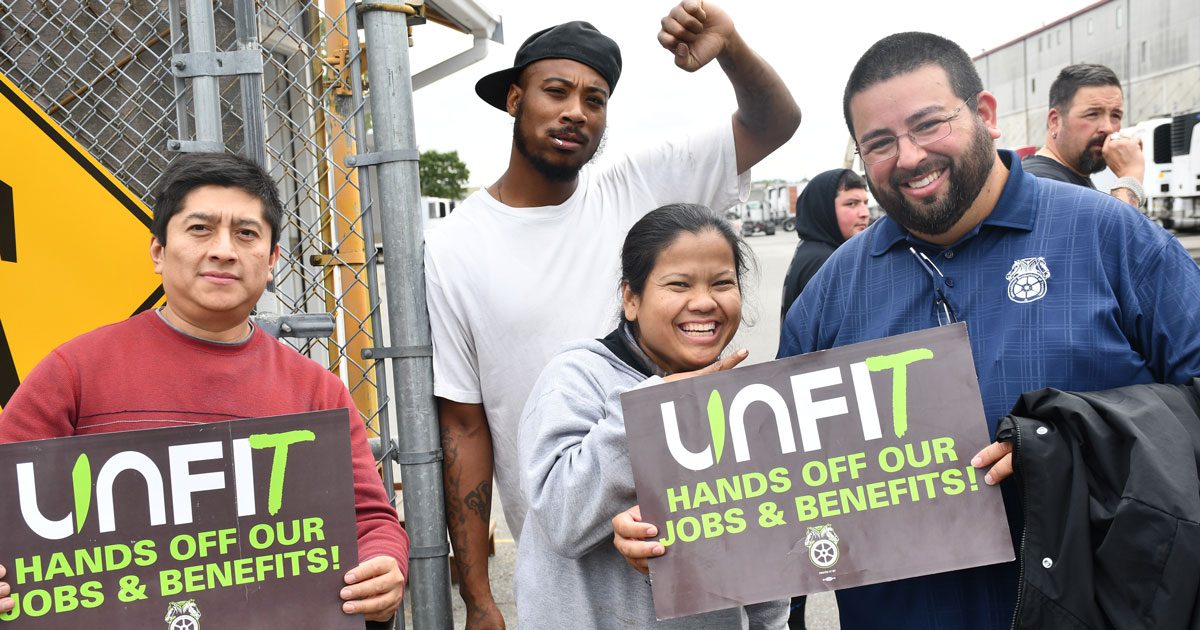 UNFI Teamsters in Tacoma protest the company's failure to make timely health and welfare and retirement payments to the Trust.

UNFI can't get rid of the Teamsters. As many times as the anti-union company has tried, we’re still here to protect our members.

Since 2012, UNFI lost a strike and two major arbitrations to our union. UNFI keeps striking out.

This week, UNFI suffered a huge defeat in arbitration. An Arbitrator rightly held UNFI was obligated to abide by the contract language it negotiated.

Rather than honor our contract and the Arbitrator’s final and binding decision however, UNFI announced that they would appeal to federal court and attempt to set aside the well-reasoned Arbitration Award.

But UNFI has demonstrated over and over that it does not honor its commitments in negotiations.

With many employers, we wouldn’t have even arbitrated this case. Our contract with UNFI gives members the right to transfer and retain their wages and benefits in the event that the employer moves operations within the jurisdiction of our Joint Council. It states:

In the event that the Employer moves an existing facility to any location within the jurisdiction of Joint Council of Teamsters No. 28, as currently defined excluding current facilities under the jurisdiction of and the service area of Teamsters Local Union No. 690, the terms of this contract shall continue to apply with respect to the new facility.

Seems pretty clear.  So when UNFI announced they would be shutting down their Tacoma warehouse and moving to a new facility in Centralia, the reasonable assumption was that the company would uphold its end of the bargain, as our Union and members have for decades.

Instead, UNFI ignored the contract and said the terms and conditions of the Tacoma agreement would not apply to our members who transferred to Centralia, and even denied our members the opportunity to transfer to Centralia, thus creating uncertainty for over 300 union members and their families. Thanks to the excellent work of our legal team, we were able to fight the company in arbitration and win.

This is not the first time our union has won an important victory against UNFI.

In July, UNFI employees in Tacoma walked out of the facility after the company was delinquent on health care and retirement payments that the company had agreed to in negotiations. Teamsters did not return to work until the union confirmed that UNFI had made the payment.

In 2016, the company had to cough up 50k for its failure to appropriately compensate employees who had worked in excess of 40 hours a week.

These victories can be attributed to a unified membership, strong contracts, and strong leadership. Under the direction of John Scearcy and Tracey Thompson before him, Local 117 has fought the anti-worker practices of UNFI, and we have have won.

This time will be no different. We will take on UNFI and we will win.