Teamsters who work at UNFI in Auburn and the Supervalu distribution center in Tacoma are standing together. 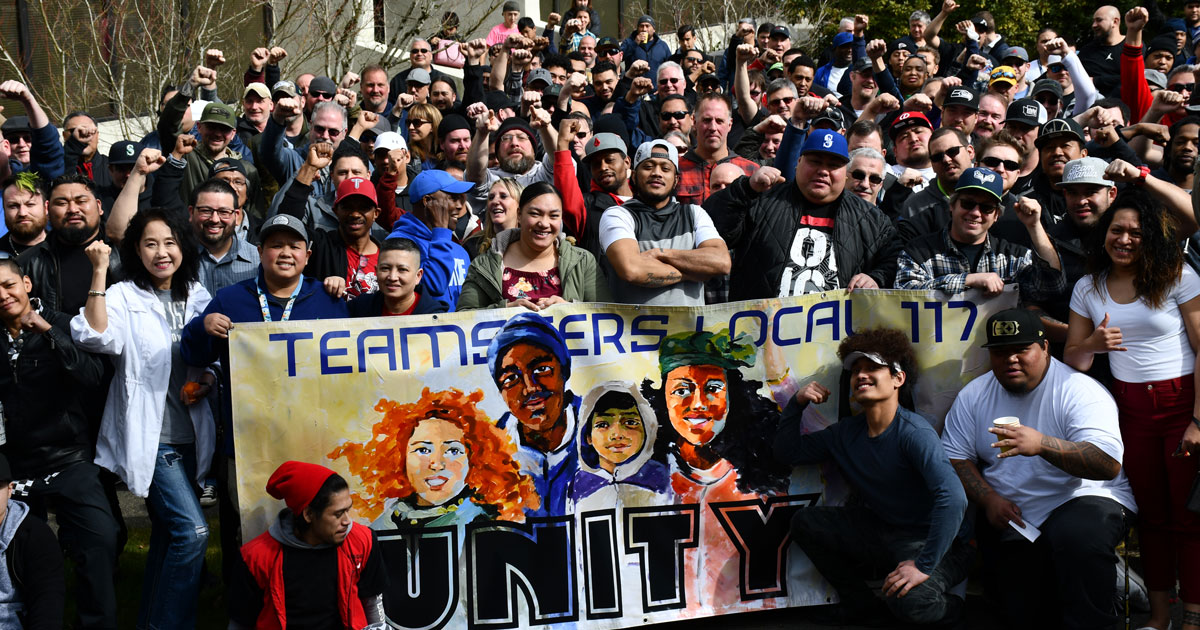 Teamsters at UNFI/Supervalu are united and won't be pushed around by an employer who is intent on maximizing profits at their expense.

Imagine coming home from work, you sit your family down, and have tell them your job is being relocated hundreds of miles away. Your employer is offering no security with regard to your union contract, your wages, seniority, and benefits.

This is the reality for our members employed at the UNFI/Supervalu grocery distribution centers in Auburn and Tacoma.

After acquiring Supervalu last year, UNFI abruptly announced that they would be moving the work from both facilities to Chehalis and Ridgefield.

The proposed move raises critical questions for our members and their families. Will they remain Teamsters? Will the terms and conditions of their current contract apply at the new locations? Will they retain their seniority rights? What will their severance package look like if they are unable to make the move?

"Teamsters at UNFI/Supervalu won't be bullied into forfeiting their rights."

Hundreds of members from the group and their families met at our Union Hall in Tukwila on March 16 to discuss these questions and set priorities. The group met again for another update on Saturday, March 30.

"This is everyone's future," said Annette Pitchford, a 33-year Teamster Shop Steward who works inventory control at the UNFI/Supervalu facility in Tacoma. "It is essential that we stay together and you can really feel that in the warehouse right now."

"We are working to ensure that our members' rights are protected under their contract and under the law," Secretary-Treasurer Scearcy said. "Teamsters at UNFI/Supervalu won't be bullied into forfeiting their rights. They are united and prepared to fight to protect their livelihoods."