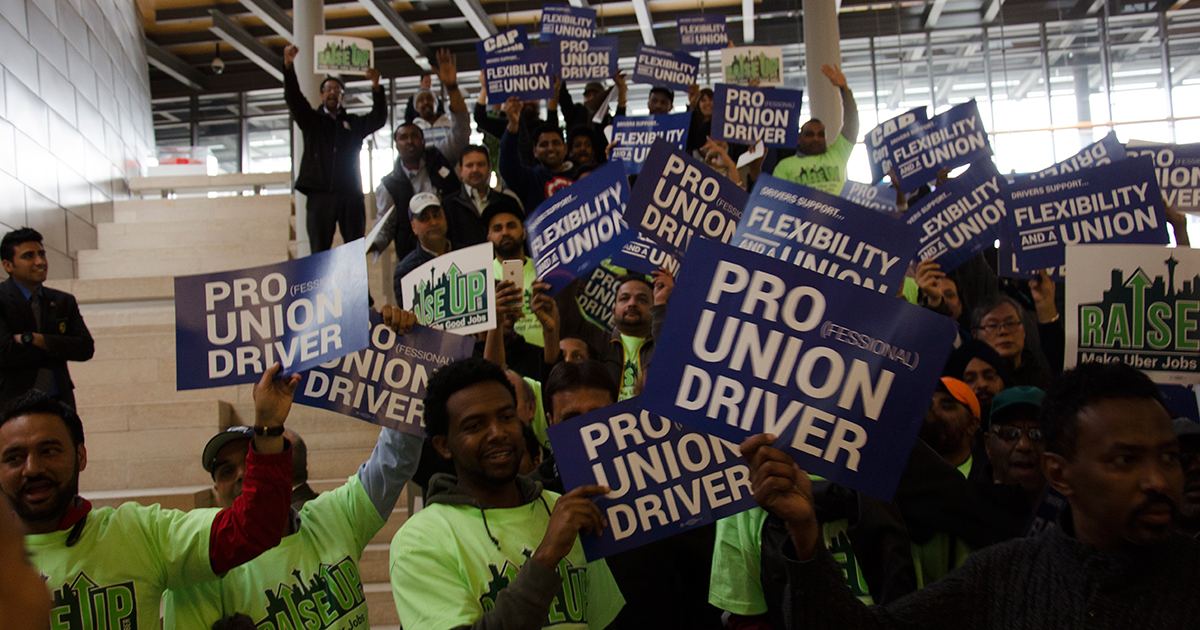 Seattle for-hire drivers who are seeking to unionize under the city’s new collective bargaining law applauded a federal judge’s ruling to dismiss a lawsuit filed by the U.S. Chamber of Commerce challenging the law.

“We’ve been waiting for this day, waiting to join the union and to have the right to negotiate with Uber,” said Mustafe Abdi, who has been driving with Uber for three years.

Abdi, who is a member of the App-Based Drivers Association (ABDA), listed a number of concerns he and other for-hire drivers would like to address at the bargaining table. “We need to talk about the rates and deactivation and other things. We don’t have medical, we don’t have retirement. We don’t have Social Security. We don’t feel safe when we drive our cars. This is good news for all drivers in Seattle.”

As independent contractors, Seattle for-hire drivers are not protected by traditional labor laws, such as Seattle's new $15/hr minimum wage law and its paid sick and safe ordinance.

"We’ve been waiting for this day, waiting to join the union and to have the right to negotiate with Uber."

“Judge Lasnik’s ruling puts drivers one step closer to being able to freely exercise their right to have a voice and unionize under the new law,” said John Scearcy, Secretary-Treasurer of Teamsters Local 117. “We hope Uber will respect the judge’s decision, stop its efforts to block the law, and recognize that, just like millions of other workers across the country, for-hire drivers have a basic right to self-determination and to stand together with the representative of their choosing to improve their pay and working conditions. We will continue to help drivers fight for that right.”

Drivers will have to wait to exercise their rights under the new law until the court lifts an injunction and rules on a separate case.