Thanks to some shrewd investigatory reporting by KIRO 7's Jesse Jones, Shasta's dirty tricks are finally being exposed. 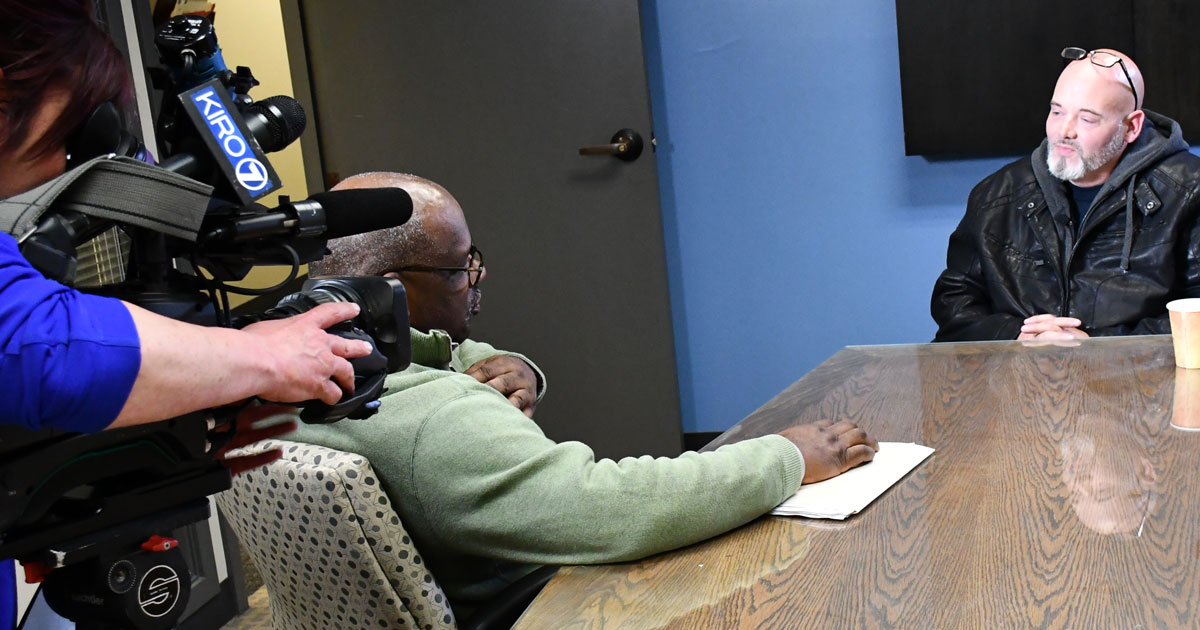 Teamster Gerald Maines sits down with Jesse Jones of KIRO 7 to discuss the plant closure at Shasta.

Thanks to some shrewd investigatory reporting by KIRO 7's Jesse Jones, Shasta's dirty tricks are finally being exposed.

Shasta's Tukwila plant was shut down by the City's fire marshal nine weeks ago after the company failed to obtain permits for a major construction project at the facility.

Shasta has refused to provide any compensation for its Teamster employees during the shutdown, and many have lost their health and welfare benefits. This includes a member with a new-born baby and one battling stage 4 cancer.

After getting stonewalled by Shasta, Shop Steward Gerald Maines along with Secretary-Treasurer John Scearcy reached out to Jones to talk about our contractual rights and how the company's negligence has affected workers.

"We have a labor agreement, we have rights in that labor agreement that guarantee pay. And unless it's outside the company's control, they are expected and contractually obligated to provide wages and benefits," Scearcy told Jones in the interview.

See the full story below: