Teamsters 117 Secretary-Treasurer John Scearcy will join officers elected to represent affiliates and partner organizations of the Washington State Labor Council, AFL-CIO for the next four-year term as a new member of the Executive Board. 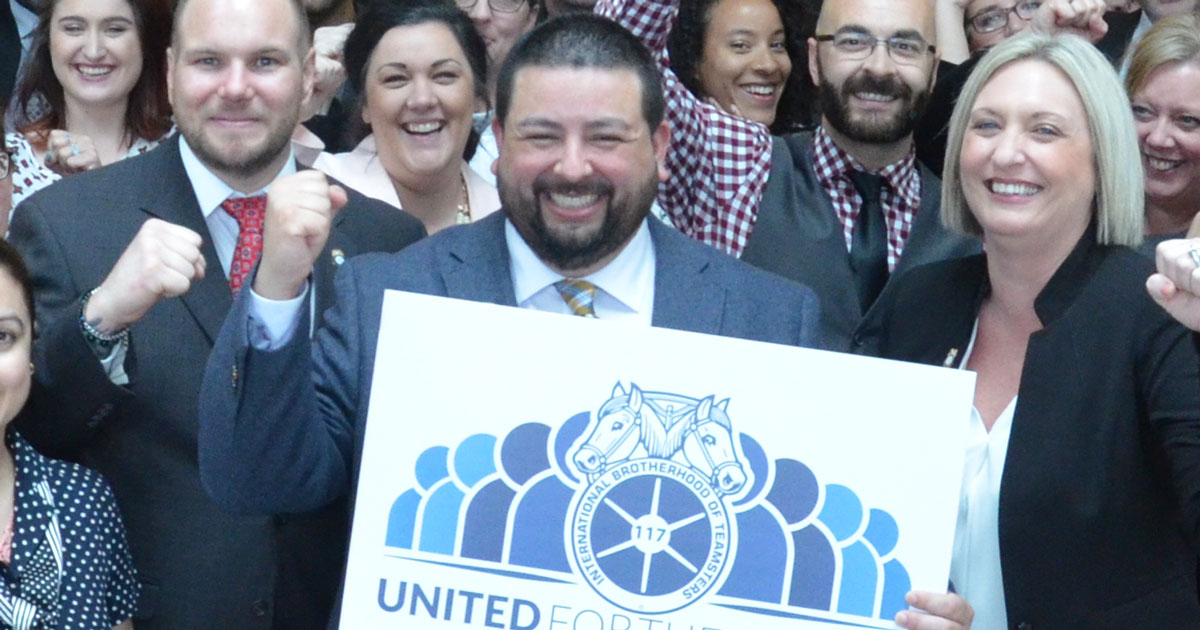 Teamsters 117 Secretary-Treasurer John Scearcy (c) together with union staff at the Shop Steward Seminar in March.

The votes are in! Teamsters 117 Secretary-Treasurer John Scearcy has been elected to serve as one of five vice presidents of the Washington State Labor Council’s First District and will serve under the new leadership of incoming President-elect Larry Brown and Secretary-Treasurer April Sims. The results of the election were certified last Thursday by an election committee of the WSLC.

“I am honored to serve the working men and women across Washington State,” Scearcy said. “I will always strive to build a labor movement that is inclusive, bold, and reflective of the values all workers share - wages to raise a family, strong communities, a secure retirement, and respect in the workplace.”

Earlier this year Scearcy was recognized as Best Principal Officer of the Year by the Martin Luther King Labor Council.

“The labor movement needs more leaders like John Scearcy,” said newly-elected WSLC President-elect Larry Brown. “I respect what he brings to this movement, and the labor council is so lucky to have his voice on our executive board.”