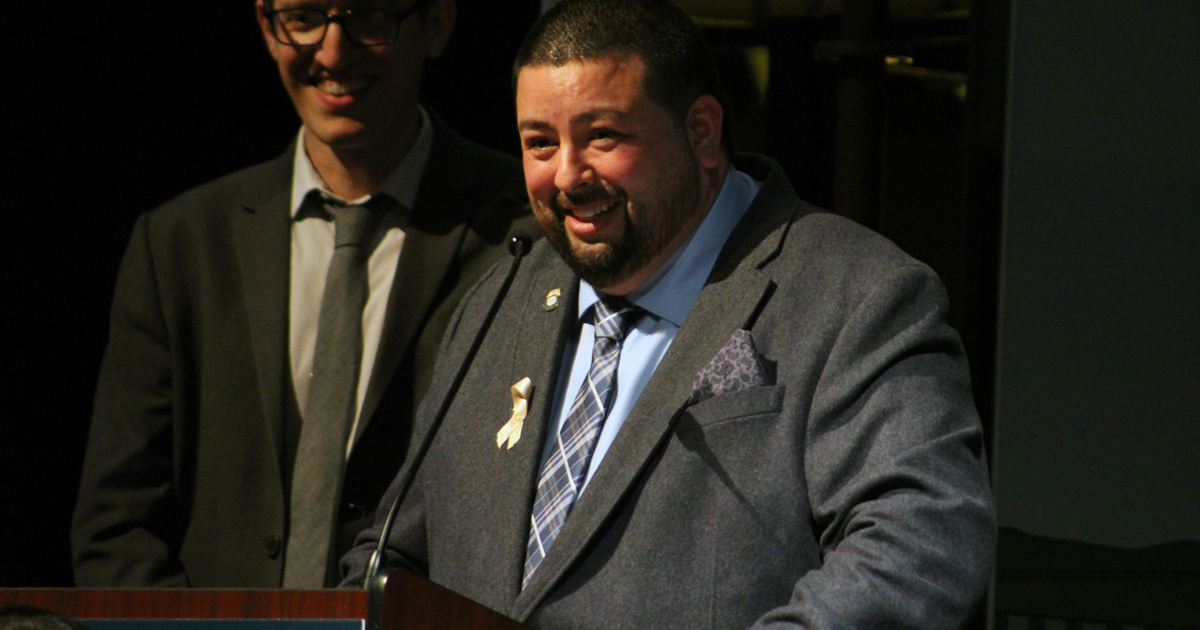 It was a good day at the Oscars for Teamsters 117! Our union was recognized with three “Labor Oscar” awards, including Best Principal Officer, John Scearcy, at the Martin Luther King Central Labor Council’s 130 gala anniversary celebration.

The event, which was held last Saturday at the Museum of History and Industry, celebrated “the great work being done to improve the lives of working people” across our region.

Secretary-Treasurer Scearcy was recognized by MLKCLC Executive Secretary-Treasurer Nicole Grant for “his principled and strategic leadership of the Uber and Lyft organizing campaign, the unity in his diverse ranks, his intentional decision to hire staff from immigrant communities and communities of color, and constantly working his ass off for his members.”

In accepting the award, Scearcy said, “This recognizes the work of more than one person… our staff, our staff’s families, our members, and our members’ families – I share this with everybody.”

You can watch his entire acceptance speech on Facebook here.

View all of the award winners on the MLKCLC’s website.