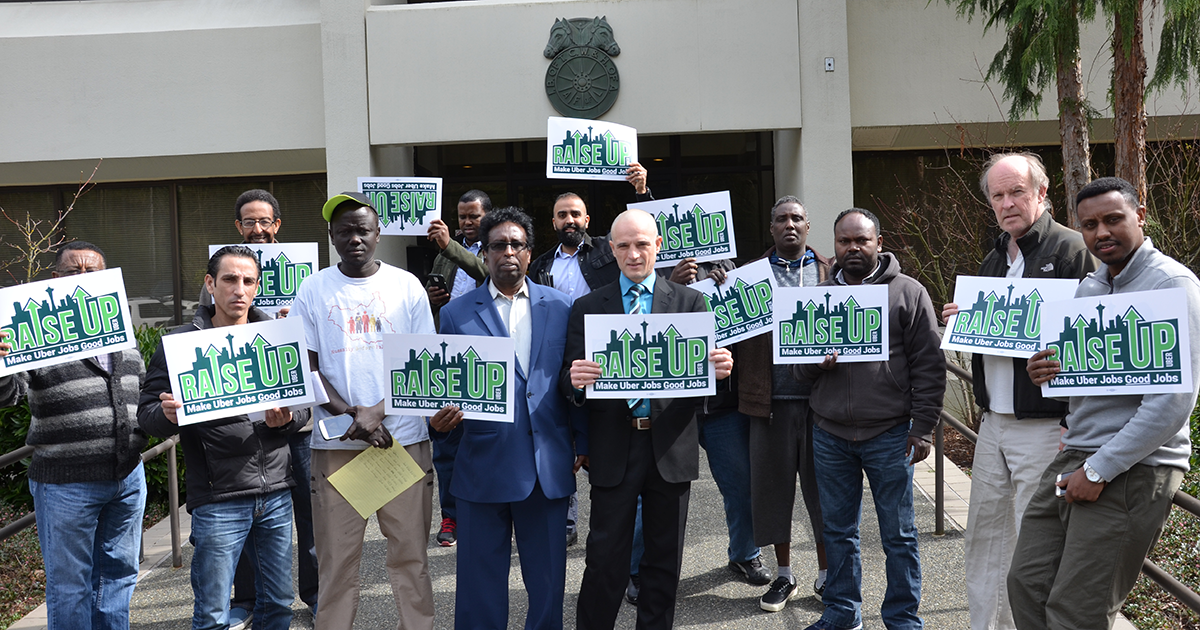 “We’ve been waiting for two years to be union, to be human beings,” said Mustafe Abdi, an Uber driver and member of the App-Based Drivers Association (ABDA). “They say we are partners, we are not partners. We need medical, we need retirement, we need Social Security. We don’t make enough money, we don’t feel safe.”

Seattle for-hire drivers who work for companies like Uber and Lyft are not protected by traditional labor laws, such as Seattle's $15 an hour minimum wage law and its paid sick and safe ordinance.

"We've been waiting for two years to be union, to be human beings."

Uber and Lyft drivers sought assistance from Teamsters Local 117 to improve their pay and working conditions. In 2014, drivers formed ABDA to promote fairness, justice, and transparency in the industry. They helped pass a 2015 law that gave drivers in the City of Seattle the right to unionize.

On Thursday, August 24, Judge Robert Lasnik of the federal District Court of Washington issued an order that lifted a preliminary injunction blocking the law. Yesterday’s ruling by the 9th Circuit temporarily puts the law on hold again.

“We are confident the 9th Circuit will uphold the lower court’s ruling that gives drivers a voice as intended under the law. For-hire drivers should have the same right to self-determination shared by millions of working people across the country. Like other workers, they should be able to stand together in their union to improve their pay and working conditions,” said John Scearcy, Secretary-Treasurer of Teamsters Local 117.

“We urge Uber to stop disenfranchising its drivers by trying to block the law. For-hire companies like Uber should welcome the law as an opportunity to forge a meaningful partnership with drivers to improve our economy and raise up safety standards for the public.”