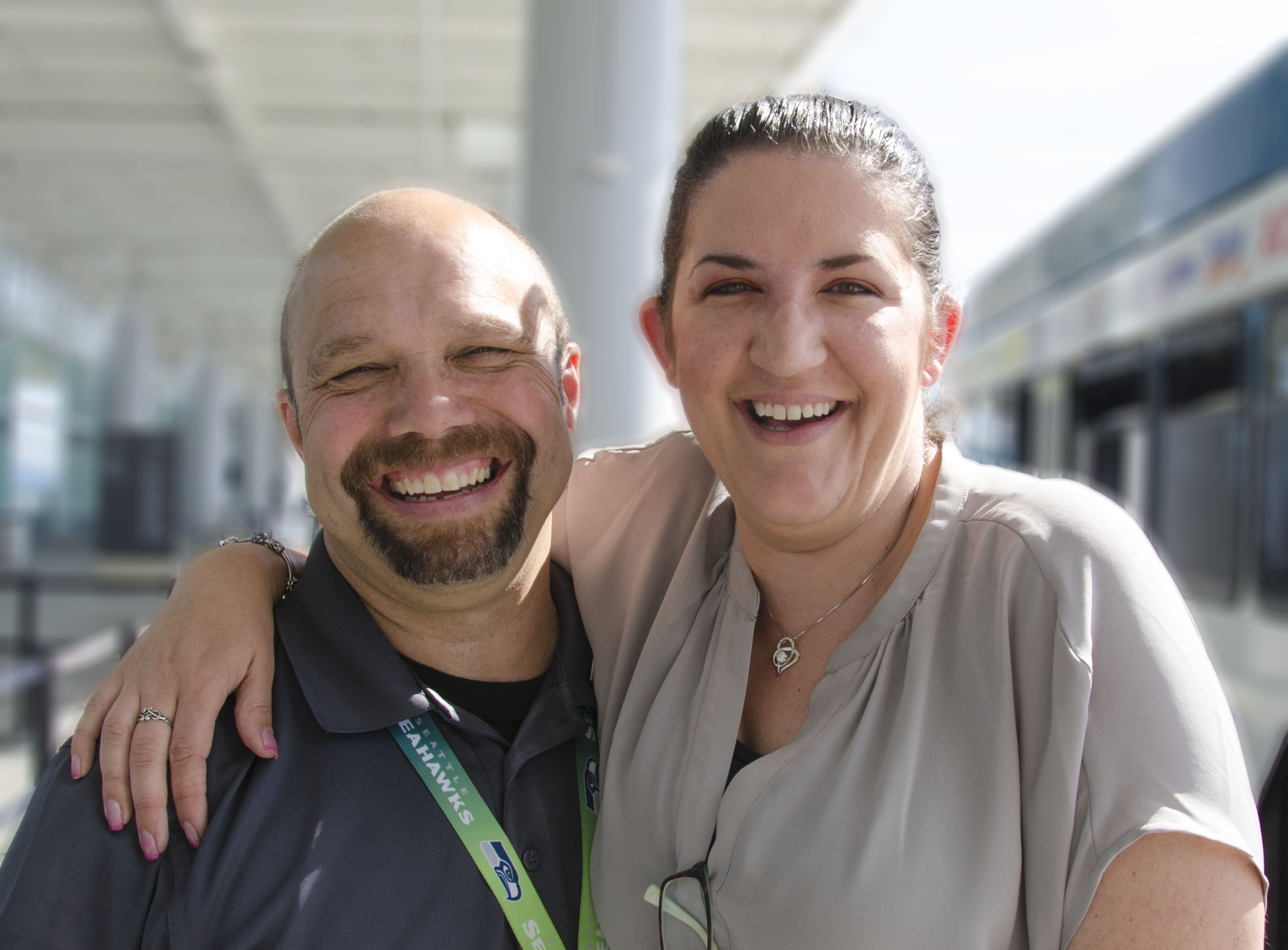 Dwayne Bockman and Cara Mattson share a hug as the contract is close to being finalized.

Sitting behind the wheel of the bus shuttling SeaTac passengers between airport terminals, Brad Mehtala’s smile is beaming.

“This new contract is amazing! I never thought it would happen. It’s like a new job!”

Cara Mattson, teamsters representative of the rental facilities, smiles back and goes over the highlights of the contract that she helped secure. It includes an immediate and remarkable wage increase retroactive for 14 months and an additional 9 months disability waiver.

Along with Michelle Woodrow, our Union's President, and the Shop Stewards, they have been bargaining for over a year. It paid off, this month the contract was ratified.  An overwhelming majority voted in favor. It is now expected to be signed by port commission on June 13, and Brad is planning to use the extra income to set up a pool for his grandkids. 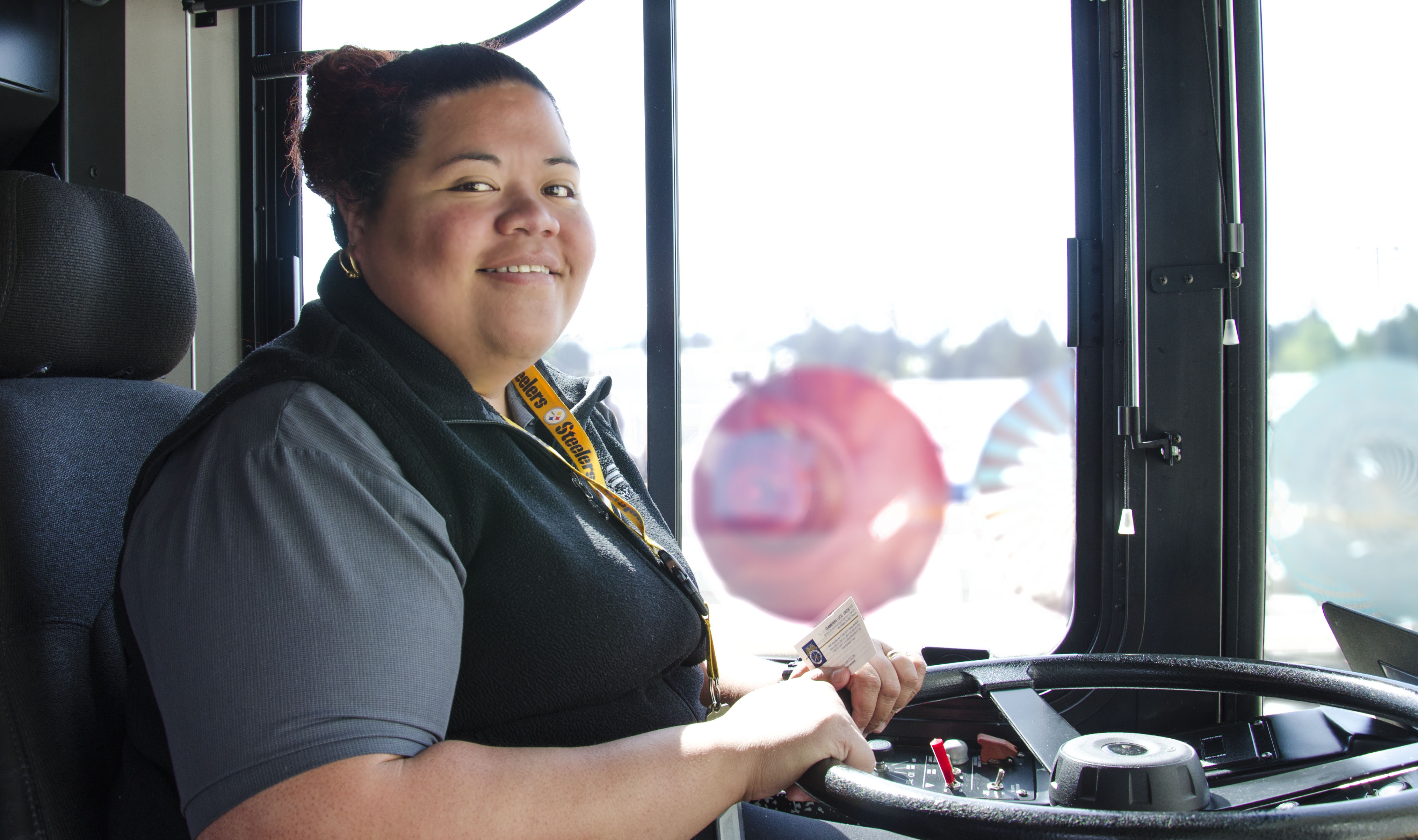 Sade Tuaolo smiles when her Teamsters rep Cara stops by to visit her facility.