Uber tries to block its drivers from having a voice…AGAIN

Posted by Paul Zilly 746sc on February 27, 2017
Uber tries to block its drivers from having a voice…AGAIN 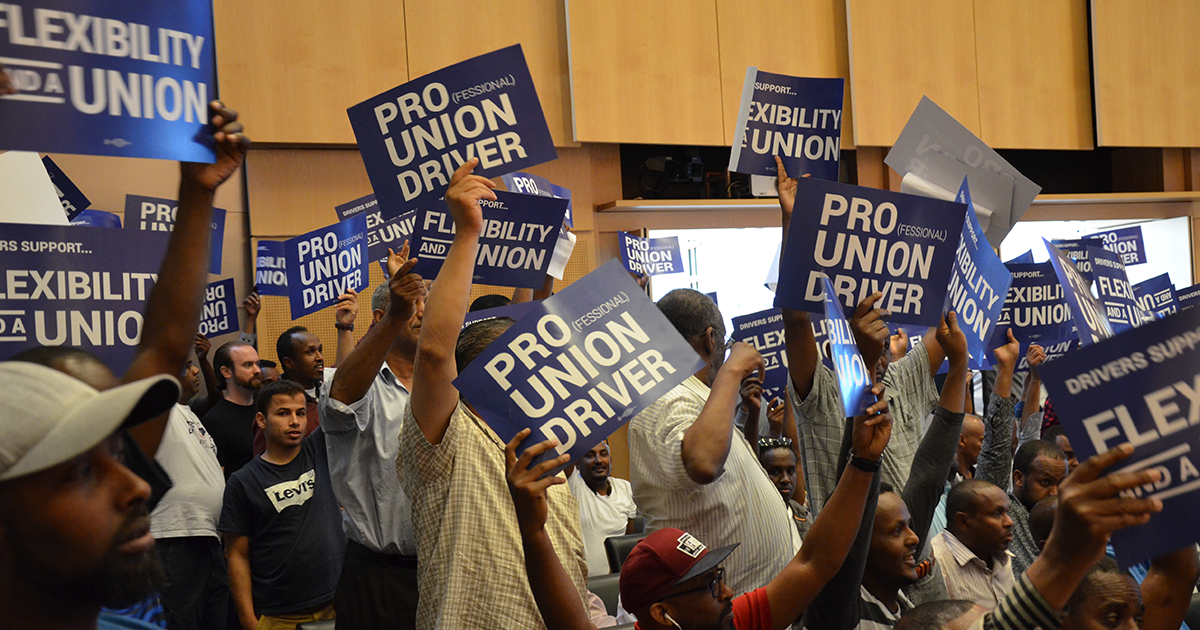 Union supporters in the for-hire industry at a Seattle City Council meeting in August last year.

Uber has spent the better part of two years trying to stop their drivers from having a voice.

They have repeatedly blocked their drivers’ right to unionize in the courts, run anti-Union ads in the Seattle Times and during a nationally-televised Seahawks game. They even have their own podcast aimed at silencing drivers.

Instead of raising standards for drivers who have repeatedly decried the company’s lack of transparency, poor working conditions, and low pay, Uber has focused its efforts on making sure drivers have as little control as possible over their own livelihoods.

Uber’s most recent attempt to silence their drivers involves a letter to the City of Seattle contesting our Union’s application to become a qualified driver representative under the City’s new collective bargaining law.

The letter, sent by one of Uber's surrogate's Drive Forward, makes a lot of outlandish claims about the Teamsters. It falsely asserts that, with Teamsters representation, drivers would not be allowed to participate in the democratic control of their own union.

The Teamsters have a proven track record of reaching consensual agreements together with workers. Members of our Union participate directly in contract negotiations. They elect their own union representatives, and they have an opportunity to vote on contract proposals.

Without a union, drivers have no say whatsoever. Uber retains complete control.

Uber's Drive Forward letter also argues that our Union should be disqualified from representing for-hire drivers because we already represent taxi drivers.

The letter to the City, along with Uber's recent court battle to weaken the new law, is just another cynical example of the company’s ongoing effort to stop drivers from having the same right to a union that millions of other workers across the country enjoy.

This comes as no surprise – Uber desperately tried to stop the law that gave drivers the right to unionize in the first place.

Instead of raising standards, Uber is using its massive $69 billion net worth to silence its drivers. But organized workers have taken on big companies before and won. Our Union is going to continue working together with drivers to ensure that their rights are protected and that their voices are heard.