Teamsters Local 117 has achieved a significant victory in the fight to bring workers in the gig economy a voice on the job. 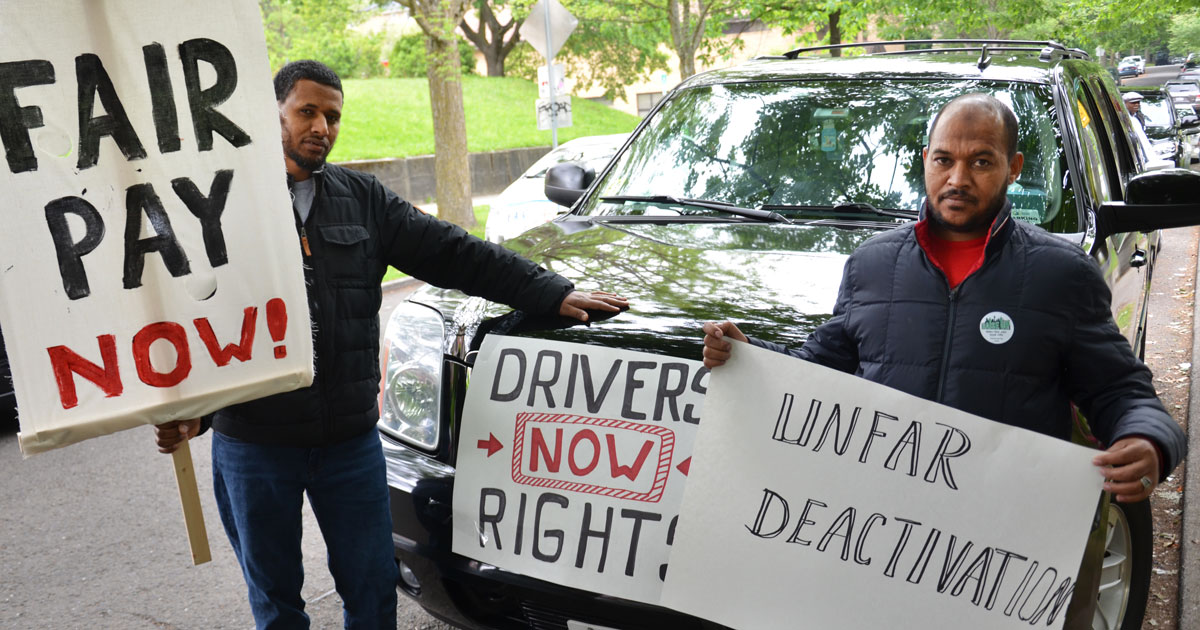 Teamsters Local 117 has achieved a significant victory in the fight to bring workers in the gig economy a voice on the job. The Seattle-based Local led the way in helping to pass a new law this November that will institute a first-ever grievance procedure for the City’s more than 30,000 Uber and Lyft drivers.

This groundbreaking legislation establishes first-in-the-nation legal protections and representation for drivers who seek to contest unwarranted deactivations in termination proceedings. The law also establishes a Driver Resolution Center to provide a wide range of support services to drivers.

“No longer will Uber and Lyft be the judge, jury, and prosecutor,” said John Scearcy, Secretary-Treasurer of Teamsters Local 117. “Now drivers will have the right to protect their jobs with representation through a fair and impartial process.”

Under the new law, the City will commission an independent study with driver input to determine minimum pay standards for drivers that aligns with Seattle’s minimum wage and accounts for expenses and benefits. A similar process in New York has led to significant increases in pay for drivers. The study will be used to set a compensation floor that will hold Uber and Lyft to the same minimum pay standards as other large employers in Seattle - $16.39 per hour starting in 2020, after expenses. Since it is a pay floor, drivers will have the ability to earn above the City’s established minimum wage.

"This is a historic step forward in our fight for fair pay and labor protections for Uber and Lyft drivers."

Over the last five years, Teamsters Local 117 has worked to improve conditions in Seattle’s ride-hail industry. In 2015, Local 117 spearheaded efforts to pass a law granting collective bargaining rights for Uber and Lyft drivers. Since then, the ride-hail giants have tied up that legislation in the courts with litigation intended to strip away those rights from drivers. In helping to pass the new law, Local 117 worked to build a coalition of over 60 housing, transit, labor, environmental, health, and social justice organizations.

“This is a historic step forward in our fight for fair pay and labor protections for Uber and Lyft drivers,” Secretary-Treasurer Scearcy said. “Drivers provide critical transportation services to our community. They must be granted a measure of job security and they must be paid a living wage. This legislation strengthens our community, gives drivers a voice, and helps transform our labor movement by establishing groundbreaking rights for workers in the gig economy.”