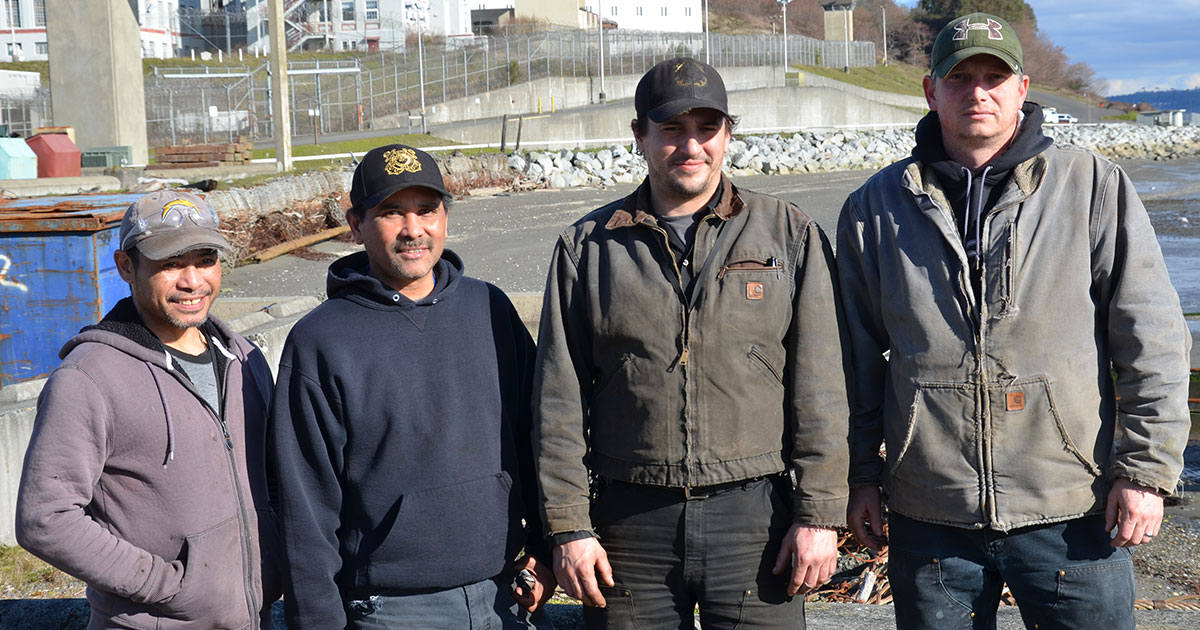 Eighteen DOC employees who maintain and operate the McNeil Island ferry joined our Union on Dec. 10.

Eighteen ferry workers who operate and maintain the fleet of vessels that service McNeil Island joined our Union last December. Overwhelming majorities of three other groups – the Correctional Specialists 2s, the Occupational Nurse Consultants, and the Recreational Specialist 4s – have recently filed petitions for certification with the Public Employees Relations Commission (PERC) and are awaiting a ruling from the agency.

The ferry workers are unique in that they were previously represented by another Union. After a turbulent decertification process in 2015, they endured a tough stretch of nearly a year and a half without representation.

“There was a lot of uncertainty, and we lost a lot of benefits. We tried to encourage each other and keep a positive attitude, but it was pretty sketchy for a while,” said Brian Carrigan, a senior deck hand with nearly 10 years of state service.

Carrigan and co-worker, George Luttrell, explained the perils of losing their rights under their contract.

“We lost our clothing allowance and a personal leave day – the State took that away from us,” Luttrell said. The group also lost their right to overtime after eight hours and their right to have sick and annual leave count as compensable hours when calculating overtime.

As much as the lost benefits, the group felt the daily insecurity of not having a voice at work. “It was hard for a while. I feel like a weight has been lifted off of my shoulders,” said shipwright supervisor, Gary Taimanglo.

The group reached out to a few other Unions and talked to individuals who could speak to the nature and quality of representation.

"We knew Teamsters are one of the biggest unions. They’re strong. We knew it would be a good fit."

“We knew Teamsters are one of the biggest unions. They’re strong. We knew it would be a good fit,” said George Schoettle, one of the marine mechanics.

“We wanted to go to Teamsters because we knew it was a better Union,” added John Johnson.

The group’s Rep, Sarena Davis, has filed a demand to bargain over their contract. Bargaining dates should be secured in the coming weeks.

For a group that works in the elements and is regularly exposed to chemicals and other hazards, the clothing allowance and other protections come in handy. Those are some of the issues we will be taking as we head into bargaining with the State.