The early morning streets of Tacoma were a little louder today. Starting at 3 a.m., a few dozen Teamsters, drivers and production workers employed at Praxair, took their fight for a fair contract to their employer's front door. 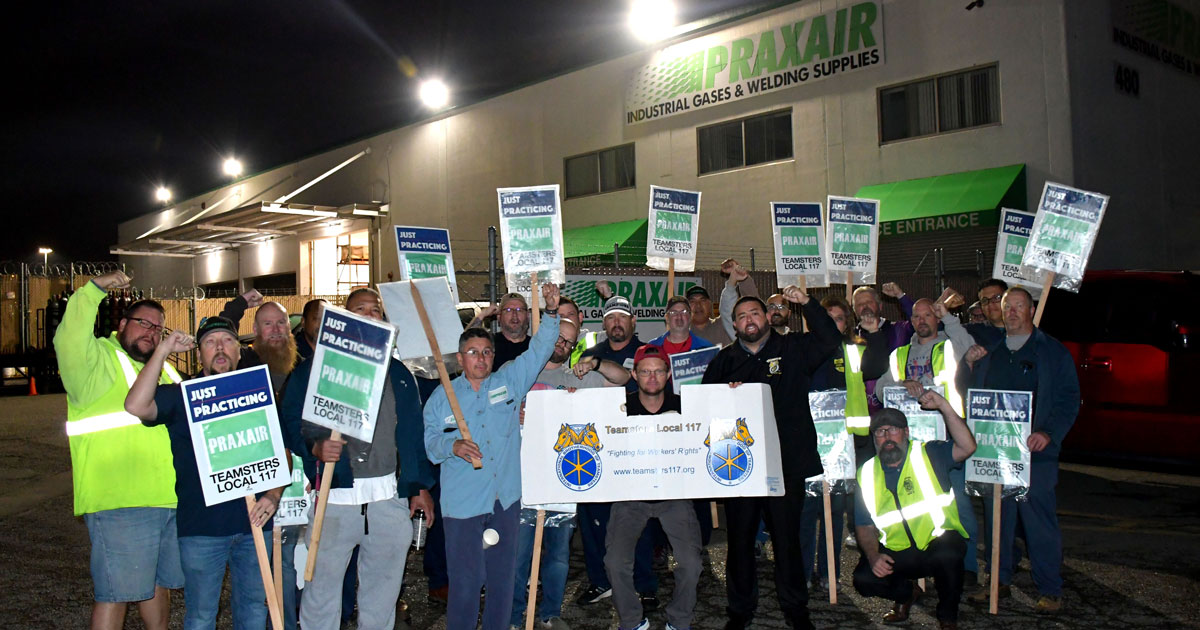 Praxair Teamsters in Tacoma are ready to fight to defend their livelihoods.

The streets of Tacoma were a little louder early this morning. Starting at 3 a.m., a few dozen Teamsters, drivers and production workers employed at Praxair, took their fight for a fair contract to their employer's front door.

"Praxair, Praxair you can't hide - we can see your greedy side!" the group chanted as they circled outside the two entrances of the company's gated distribution facility. With Just Practicing signs slung across their shoulders, members are gearing up for a possible strike at the company. Many expressed frustration at their employer's substandard proposals in negotiations.

"We're ready to strike if necessary."

"The company is stalling and trying to take things away from us that they should be paying for - good medical, holiday pay, and a secure retirement," said Ric Shuttleworth, a 29-year production filler and shop steward on our union negotiations committee. "We're ready to strike if necessary." 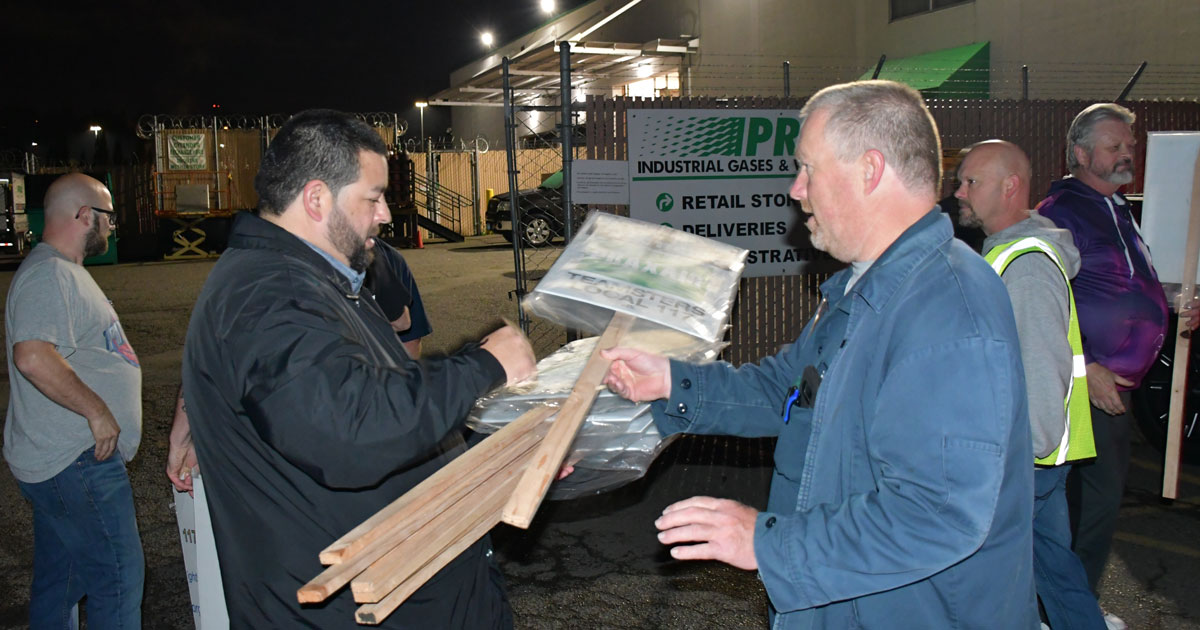 Shuttleworth's counterpart on our union team is Brian Bruton. Bruton spends his day hauling heavy containers of industrial gasses to Seattle-area hospitals. For Bruton, one of the company's most insulting proposals is their attempt to use Washington State's new sick leave law as an excuse to strip away his co-workers' holiday pay.

"I think it's completely unfair," he says.  "We're not asking for the moon - we just want fair wages, good union medical, and we're not going to give up our holiday."

After several rounds of negotiations and a unanimous strike authorization vote, the group will be heading into federal mediation tomorrow looking to secure just that.

Joining in solidarity with the Praxair picketers were several Local 117 members from UNFI's Supervalu warehouse just a stone's throw away. With UNFI implementing layoffs and relocating its Tacoma and Auburn facilities, members there know firsthand the challenges of working for an employer that puts shareholder profits above their workforce.

"We're coming out here to support our brothers and sisters," said UNFI steward Darren Sorrell. Fellow steward Greg Wiest added, "We're going through a labor dispute too, so we know what they're feeling like."

The two pledged to bring reinforcements if mediation fails. "Our members - both at Praxair and UNFI - know what it takes to win back respect from an employer intent on maximizing profits at all costs," said Local 117 Secretary-Treasurer John Scearcy, who led the group in chants this morning. "We're prepared to fight, and the great thing about our union is that we have each others' backs." 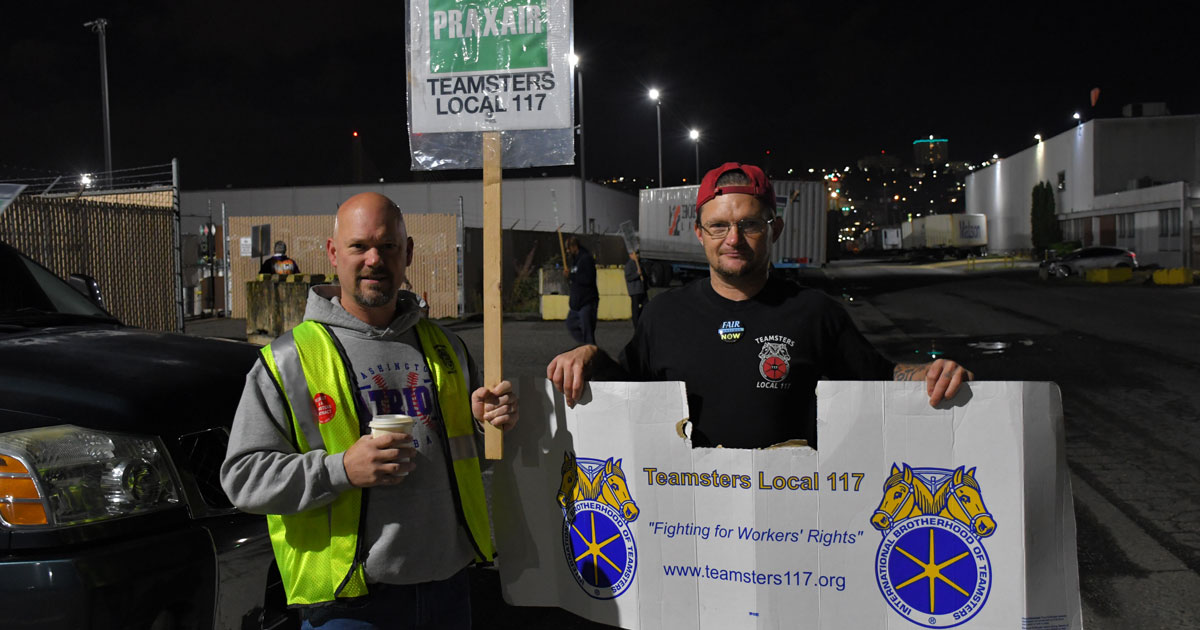