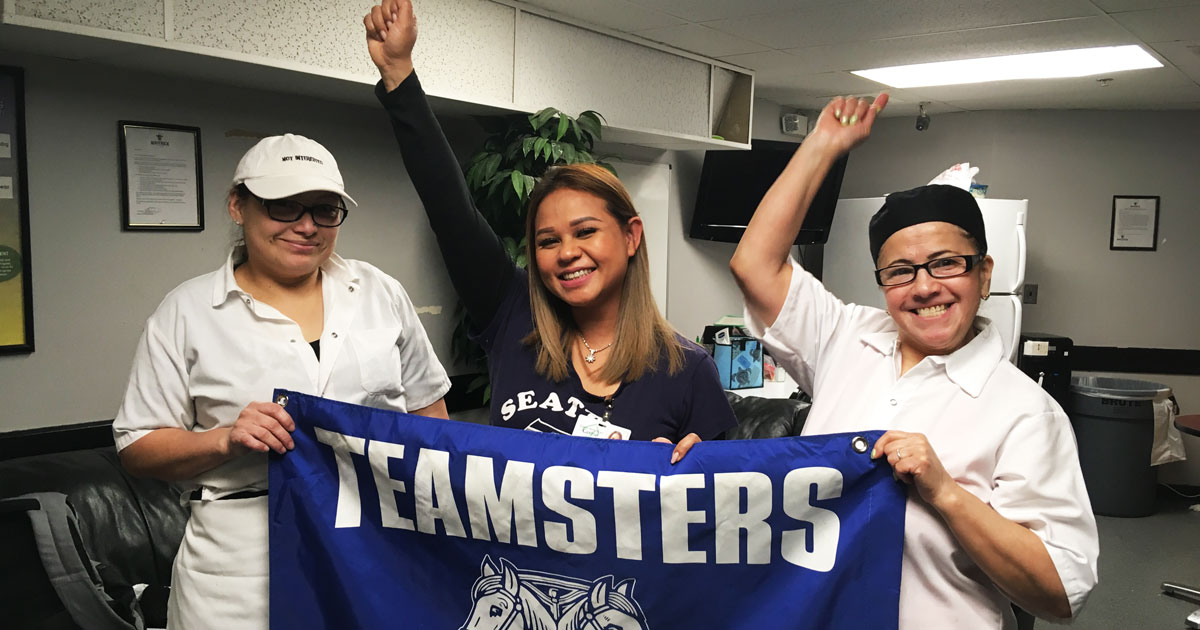 Maverick employees at the Great American Casino in Tukwila celebrate certification of their union!

More than 1,700 card room workers employed by Maverick Gaming have chosen Teamsters Local 117. The Seattle-based Local Union was authorized as the workers’ exclusive bargaining representative through a card check process conducted by an independent arbitrator today.

“We are thrilled to welcome Maverick employees to our Union,” said John Scearcy, Secretary-Treasurer of Teamsters Local 117. “Workers in the many card rooms across Washington State deserve a strong voice in the workplace and a contract that protects their rights and reflects their priorities. We are committed to working with them to achieve that goal.”

"We are thrilled to welcome Maverick employees to our Union."

Maverick employees will be the first unionized gaming-industry workers in Washington State. They sought representation with the Teamsters because they wanted a voice over issues like their wages, health care, retirement security, scheduling, and other working conditions.

“I feel it’s time for gaming employees to have a collective voice and input in the decision-making,” said Babet Vanvolkenburg, a dealer at the Macau Casino in Renton with over 20-years’ experience in the industry. “With the union we can have more job security.”

“I want the union because we’ll have an opportunity to improve our working conditions. My priorities are things like paid holidays, more vacation, and better wages,” said Mariano Quizapa, a cook at the Silver Dollar Casino in SeaTac.

Throughout the organizing process, Maverick remained neutral and allowed workers to determine for themselves whether they wanted union representation. “Maverick provides an excellent example of how a company should conduct itself during a union organizing drive,” Scearcy said. “While some employers fire workers or aggressively spread anti-union propaganda, Maverick trusted its workers to decide for themselves whether they wanted to join the union.”

The certification of Teamsters Local 117 as the workers’ exclusive representative triggers the process for contract negotiations. In January, workers will meet to establish their priorities for negotiations and identify rank-and-file leaders to participate on the union bargaining committee.

“This is a historic moment for workers in a previously unorganized industry in Washington State,” Scearcy said. “We look forward to sitting down with Maverick and negotiating a contract that reflects the priorities of these workers – things like good family medical benefits, a secure retirement, and secure scheduling – all of the protections and benefits of a strong Teamsters contract.”