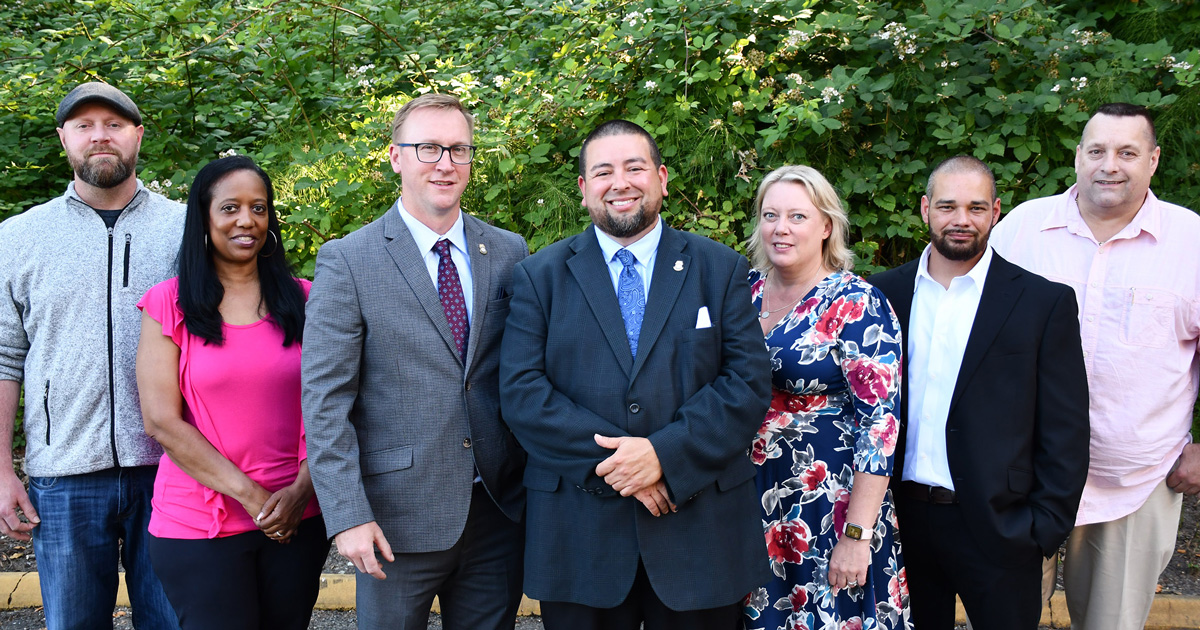 At our General Membership Meeting last night, our Union held its nominations meeting in a packed Union hall in Tukwila for all Teamsters 117 Executive Board positions.

Congratulations to John Scearcy, Local 117’s current Secretary-Treasurer along with the entire Executive Board of our Union. Secretary-Treasurer Scearcy and his team were nominated by the members to continue to lead us for the next three years. Scearcy and the entire Executive Board were elected by virtue of a "White Ballot" which sends a strong message that the members of Teamsters 117 have decided that our union is in great hands and want to continue forward under the leadership of John Scearcy and his team.

Speaking on behalf of the Unity Slate, Secretary-Treasurer Scearcy said:

“We are honored to continue to serve the members of this great Union. All of us on the Executive Board are passionate about working to improve the lives of Local 117 members through strong contracts and a powerful voice. An important part of our mission as Teamsters is also to build thriving communities where people of all backgrounds can live with dignity.

"This is a watershed moment for the labor movement. Workers all across the country, at Starbucks, Amazon, and many other workplaces, are speaking out for wages to raise a family, affordable healthcare, retirement security, and dignified working conditions. Unions like Teamsters 117 are the best way to build an economy that works for everyone so that workers have access to humane working conditions, stable, productive jobs, and a workplace free of discrimination.

“Thank you to everyone who believed in our vision for a better future. We are grateful to you and to all of our members who work so hard to support their families and make Teamsters 117 one of the most powerful Unions in the country.”

Our Teamsters 117 Executive Board