Teamsters in the grocery industry flex their collective muscle 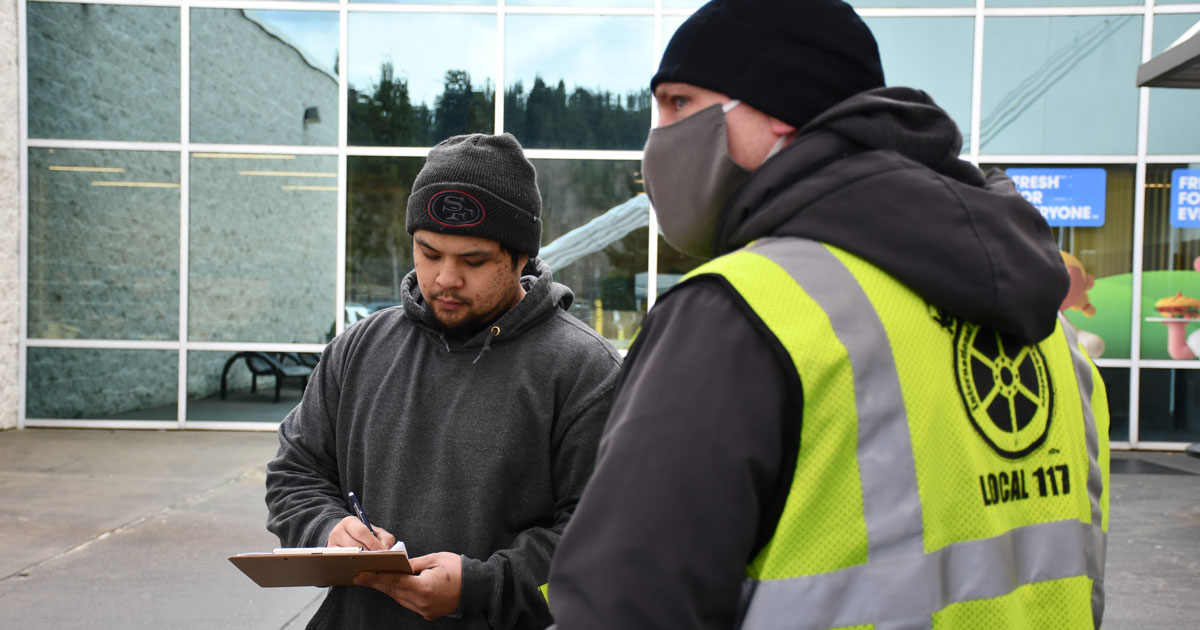 Over three days, hundreds of Teamsters 117 and 313 grocery workers signed a petition in support of members at UNFI.

Teamsters in the grocery industry know the power of union solidarity.

Last week, hundreds of Local 117 and 313 grocery workers at Fred Meyer, Safeway, and United Natural Foods, Inc. rallied to sign a petition calling on the NLRB to hold UNFI accountable to a final and binding arbitration award in favor of the Union.

For over a year, UNFI has desperately tried to overturn that award and strip away the rights of more than 200 Teamsters and their families. Our Union has fought back, challenging the notoriously anti-worker company at the NLRB and through the courts.

We know if UNFI gets away with shirking its contractual obligations, it could harm industries across our Union.

"This could happen to any of us in grocery," explained Yury Silva, a Shop Steward and 20-year member at Fred Meyer. "We're all Teamsters and we need to stick together, no matter where we work. This is every Union member's fight."

The petition gathering was also an opportunity to alert members to the struggle of our Sisters and Brothers at Locals 104 and 745 in Arizona who are poised to go on strike with Albertsons.

Teamsters in the Southwest are demanding that Albertsons, which acquired Safeway in 2014, address COVID-19 violations, limit the use of subcontractors, and implement a fair progressive discipline policy.

If grocery workers elect to take strike action in Arizona, members in Washington and across the West have pledged to support them.

"If we let them do it in Arizona, they'll try to do the same thing when they come across our doorstep," said Christopher Williams, a Shop Steward at Safeway with 22 years in the industry.

"These companies are flourishing from our labor," added Silva. "With the pandemic, more people are eating at home and the grocery business is booming. If Teamsters go on strike, we're going to be supportive. We're essential workers, we need to be treated that way." 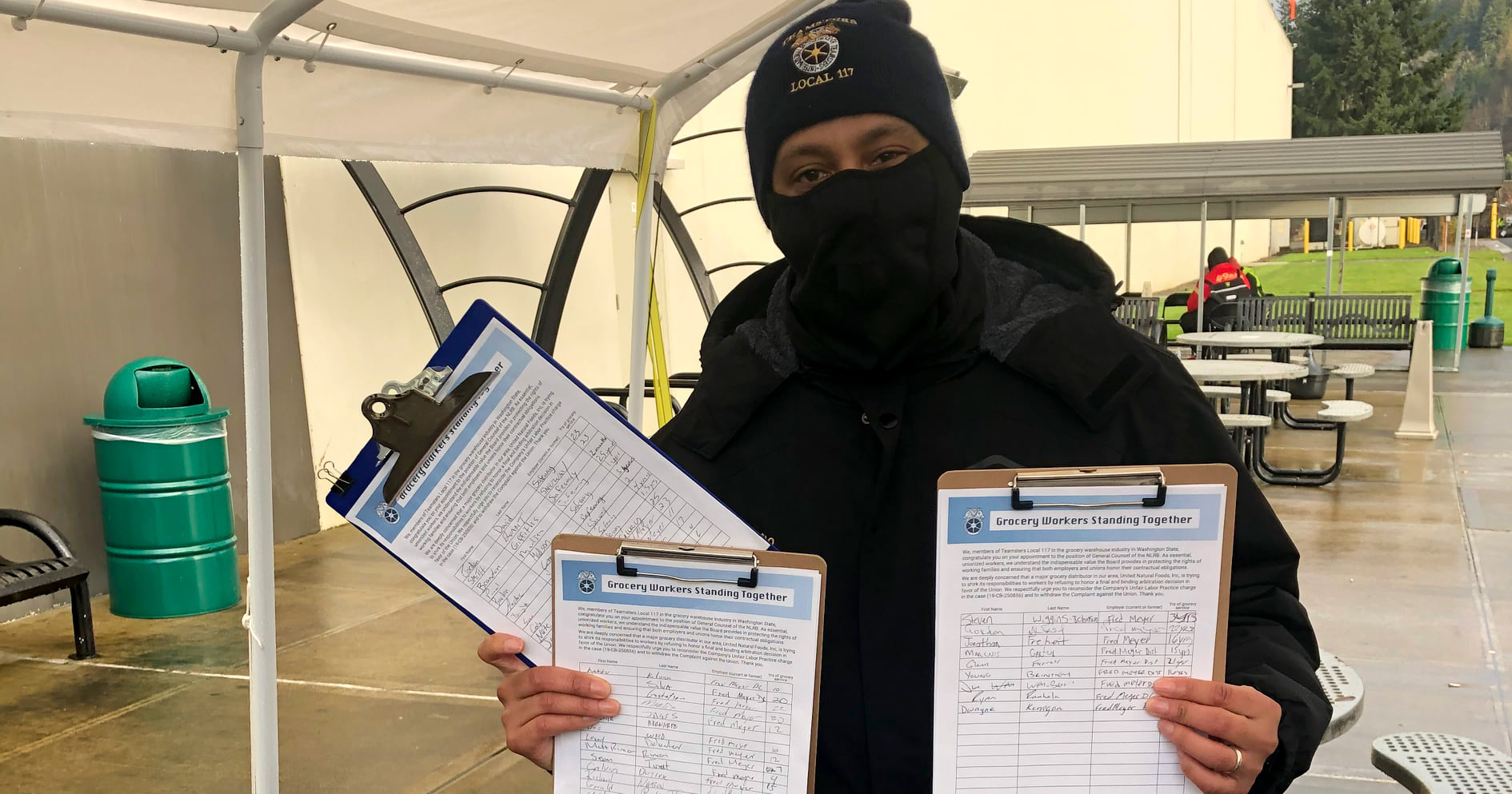 Solidarity actions in the grocery industry have galvanized members with negotiations coming up this year with Fred Meyer, Safeway, and UNFI. Our success at the bargaining table depends on our unity locally and across the country.

"Members of Teamsters 117 in the grocery industry have a long, proud history of fighting to build and protect strong contracts and expand workplace rights," said John Scearcy, Secretary-Treasurer of Teamsters 117, who has decades of experience in the industry.

"We will stand together to make sure all Teamster grocery workers, both in Washington State and across the country, have access to family wages and benefits and the many protections of a strong Teamsters contract. Teamsters feed America's families through our labor - big grocery needs to respect that."