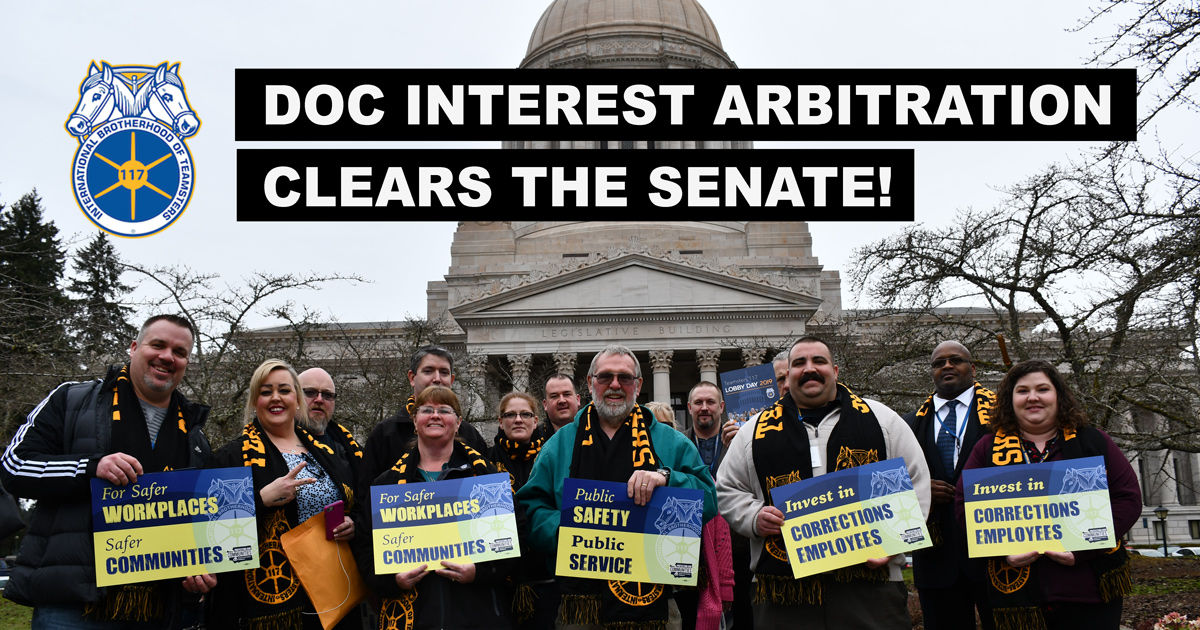 We have fantastic news from Olympia tonight. Our bill (SB 5021) granting interest arbitration rights to Teamsters who work at the Washington State Department of Corrections passed unanimously out of the Senate.

This is a major victory for DOC Teamsters who have been fighting for statutory interest arbitration since 2010. It is also a testament to all of the members and their families who met with their legislators last week at our Lobby Day event.

Clearly, your voice made a tremendous impact. We still need a majority of representatives in the House to vote in favor of the legislation and a signature from the Governor, but passage in the Senate puts us a huge step closer to achieving our goal.

If you met with your State Senator last week and asked them to support interest arbitration for DOC, please send an email thanking them for their support.

Interest arbitration levels the playing field for union members working in public safety professions who don't have the ability to strike. It allows us to take mandatory subjects of bargaining to a neutral third-party arbitrator if we reach impasse with the State in contract negotiations.