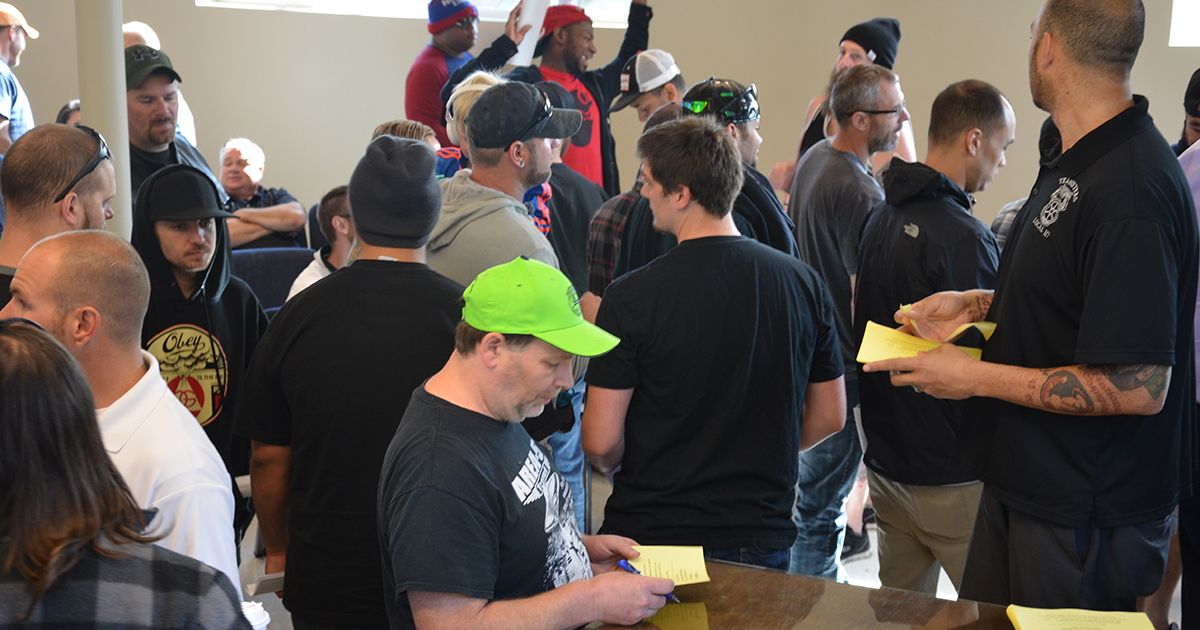 The grocery giant Fred Meyer/Kroger has a history of testing our members’ resolve.

In 2011 and 2014, they put substandard proposals on the table that were insufficient to meet the needs and demands of the membership and rejected by the Teamster 117 bargaining committees.

During those contract cycles, Fred Meyer members refused to be intimidated. They passed critical strike votes by wide margins, distributed leaflets in several states, engaged the media, and rallied for a fair contract.

"This shows that our solidarity is strong, that everyone is behind the union..."

Now, history is repeating itself. The company is refusing again to maintain industry standards by insisting on an offer that is inferior to the contract recently ratified by our members at Safeway.

But just like in the past, Local 117 members at Fred Meyer are not backing down. Today, in meetings at the Teamsters 313 hall in Tacoma, the group voted 332-1 to reject the company’s latest offer. In doing so, they overwhelmingly authorized a strike.

“Just like in the past, when we’ve shown unity, we’ve been able to get a better contract,” said Dwayne Kerrigan, a 11-year shop steward. “This mass majority rejecting this offer strengthens our position and should make the company rethink their stance.”

With their resounding no vote, the group followed the lead of their union bargaining committee despite futile efforts by the company to persuade them to vote yes.

“This shows that our solidarity is strong, that everyone is behind the union and jelling together, and that we’re prepared to strike,” said Steve Ballou, a Teamster who has worked at the company for 18 years.

Our union’s vice-president, Marcus Williams, is taking the lead in these negotiations, with the support of union representative, Ryan Jarman, and Local 117 Secretary-Treasurer, John Scearcy.

“With this vote, our members at Fred Meyer have demonstrated strength, unity, and resolve,” Secretary-Treasurer Scearcy said. “They will not be intimidated into accepting a proposal that drives down industry standards and hurts Teamster families.”