Posted by Paul Zilly 746sc on May 03, 2019
Pressure builds on ICS with OneAmerica delegation 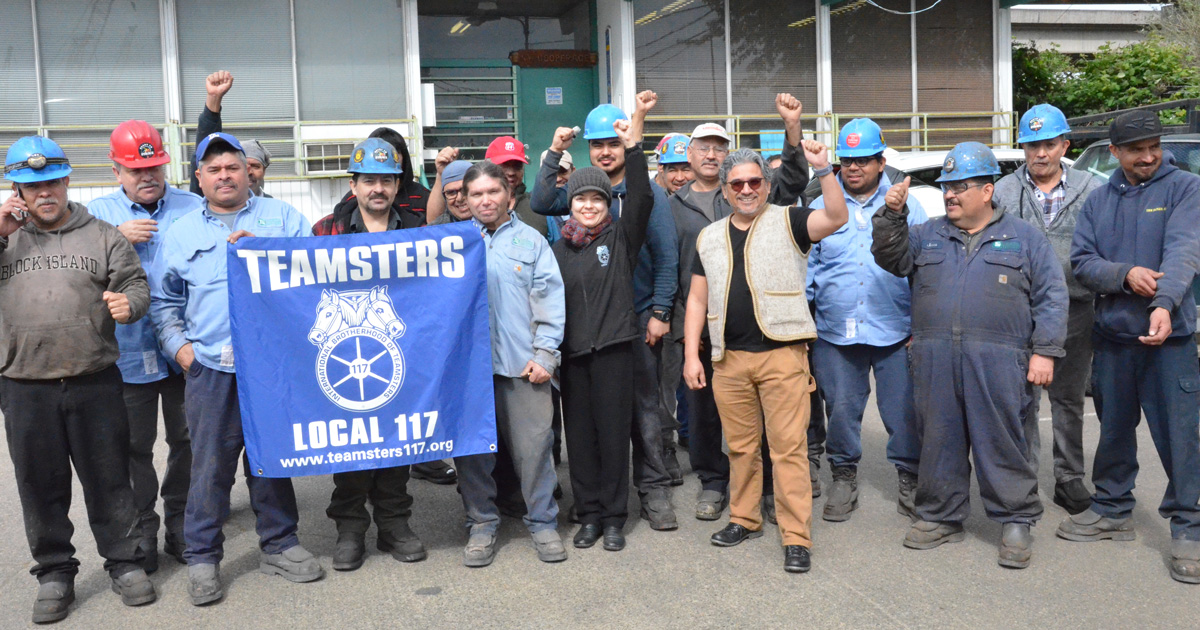 Teamsters at ICS have participated in multiple solidarity actions over the last few months to force the company to treat them fairly.

Community support has been overwhelming for Teamsters at Industrial Container Services (ICS) who are fighting for a fair contract.

Today Javier Cruz, a representative of OneAmerica, delivered a letter supporting the workers to company management. OneAmerica is the largest immigrant advocacy organization in Washington State.

The photo below shows Cruz flanked by ICS workers as he prepares to deliver the letter: 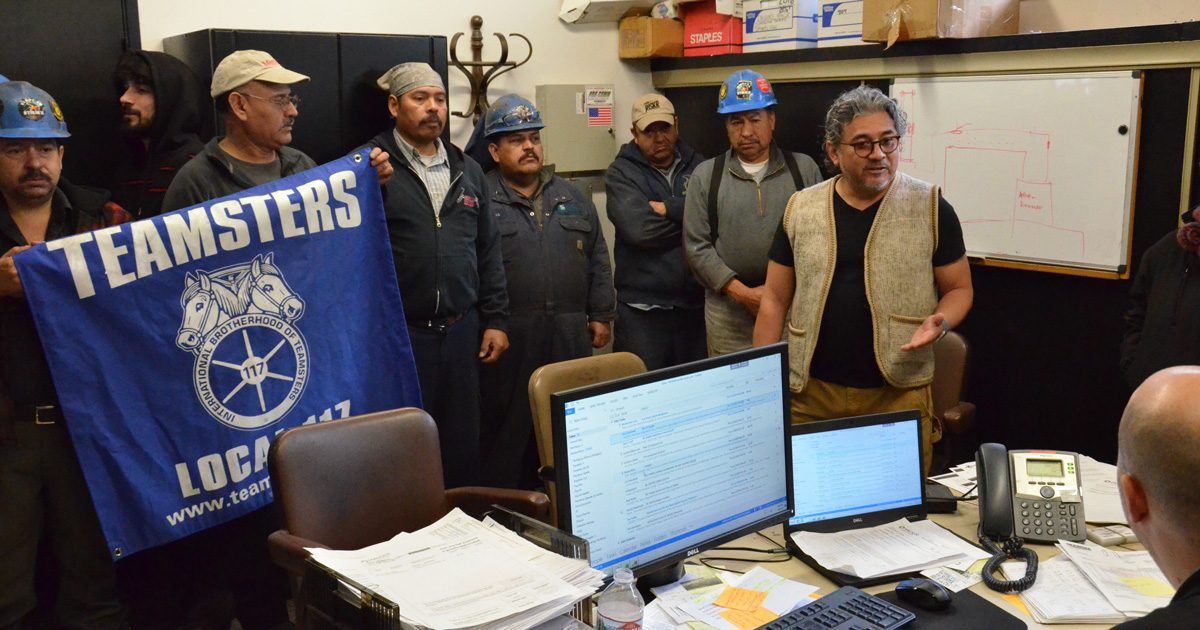 The OneAmerica letter calls on ICS to restore the previous level of health benefits for ICS workers, cease any labor violations, and immediately resolve its differences with members of Teamsters 117.

"We're supporting workers here because they are immigrants and deserve good wages and the right to negotiate with the company," Cruz said.

Since February, Teamsters at ICS have raised informational pickets, and they have marched on company management on two other occasions with strong community support.

"We want better benefits, affordable health insurance for our families, and decent wages so we can survive and pay the rent," said Pedro Ruelas, a four-year employee at the company.

"These workers have shown time and time again that they will fight to protect their livelihoods, but their patience is wearing thin," said John Scearcy, Secretary-Treasurer of Teamsters Local 117. "Now it's up to ICS to show them the respect they deserve or suffer the consequences of a drawn-out labor dispute."

Our union's bargaining committee will be back in mediation with ICS on May 23 and 24. 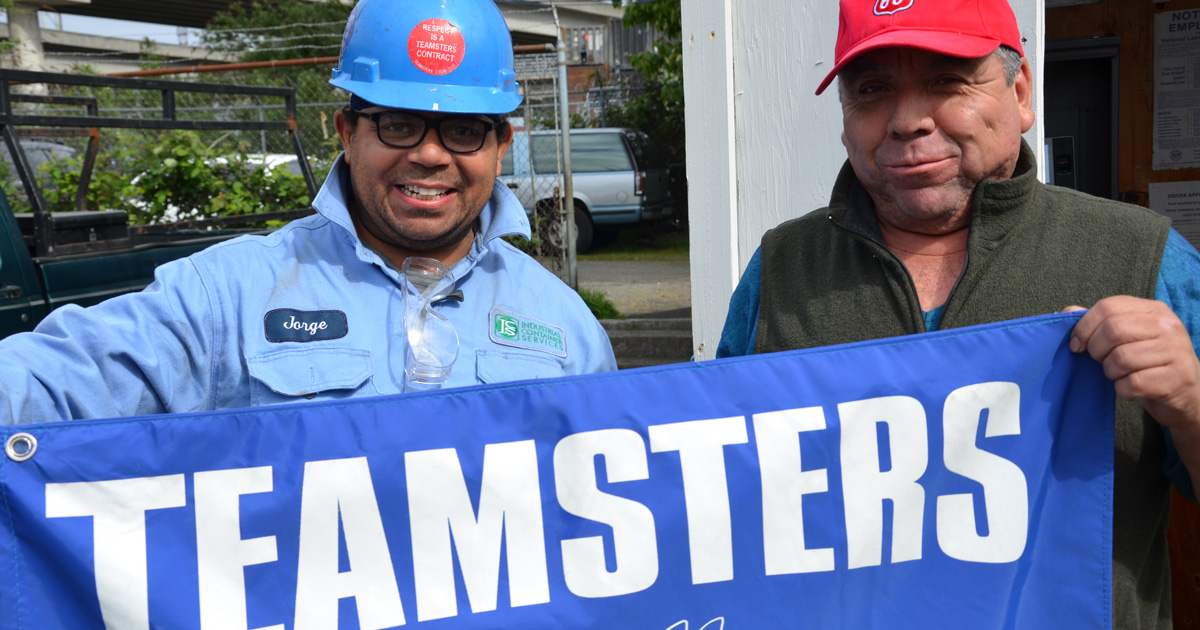