A win for Teamsters in UNFI relocation fight

Every time we turn the corner, UNFI gets beat. 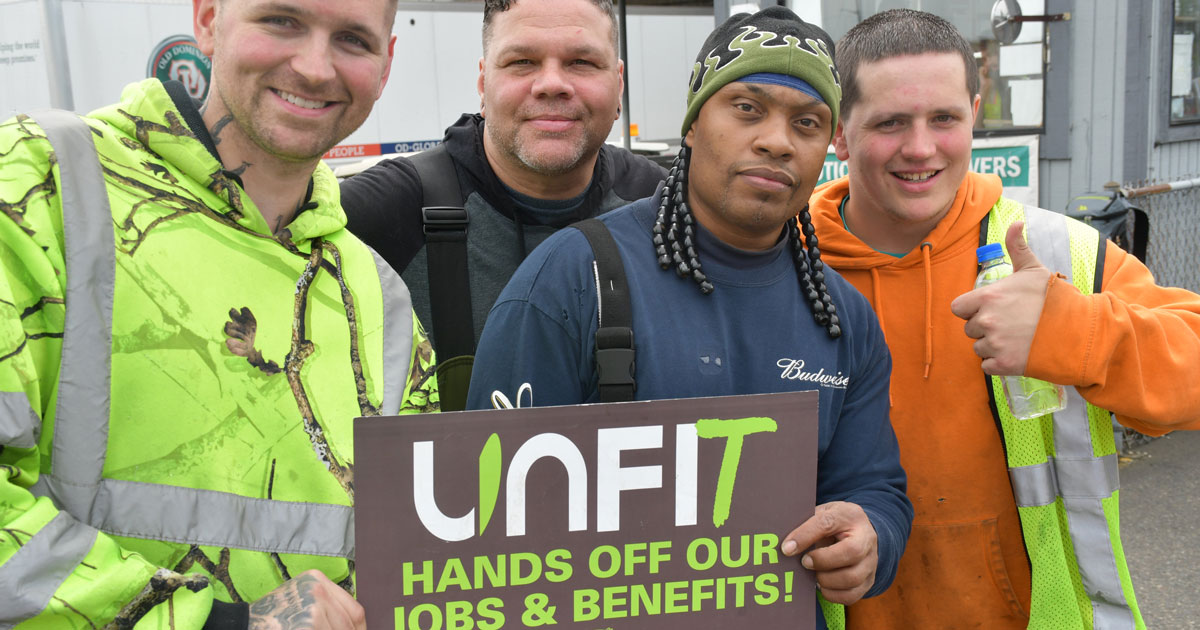 Approximately 280 grocery warehouse workers, represented by Teamsters Locals 117 and 313, celebrated a decision by the new Acting General Counsel of the National Labor Relations Board to dismiss Trump era charges aimed at undermining an Arbitrator’s ruling in favor of the Union.

The workers’ former employer, United Natural Foods, Inc., has tried to block their right to relocate from a Tacoma distribution center to a new facility in Centralia with the same level of pay and benefits as their Tacoma contract. In 2019, an Arbitrator issued a final and binding Award granting transfer rights with commensurate working conditions to UNFI employees.

Since then, UNFI has brought litigation against the Union in federal court and filed Unfair Labor Practice charges with the NLRB in an attempt to shirk its contractual responsibilities and reverse the Arbitrator’s decision. The latest ruling by the NLRB increases the likelihood that the workers will prevail in the courts, which historically have been reluctant to overturn arbitration awards.

“I’m feeling optimistic,” said Jason Black, an order selector with 10 years at the Tacoma warehouse. “We’ve won twice now despite everything UNFI has done to drag this out and reverse the decision. With our wages and benefits, I thought my union job would be the last one I’d ever have to look for, but here I am, out of work for over a year, all because of corporate greed.”

They went back on their word in negotiations, then we beat them in arbitration. They took it to the NLRB and lost there. Every round they’re in ring, they get beat.”

In January, the Union’s legal team sent a letter to the NLRB describing the harm done to workers by UNFI and urged the Board to dismiss UNFI’s charges. In February, hundreds of members of Teamsters Locals 117 and 313 in the grocery industry signed a petition in solidarity with the workers.

“No matter how long UNFI tries to drag this case out through the appeals process, we will hold their feet to the fire,” said John Scearcy, Secretary-Treasurer of Teamsters Local 117. “We will fight to ensure that grocery workers have access to family wages and benefits and the protections of a strong Teamsters contract. Teamsters feed America's families through our labor - big grocery companies like UNFI need to respect that.”