At the Republic Services recycling depot in downtown Seattle, members of Teamsters 117 process thousands of tons of paper, metals, and plastics daily. 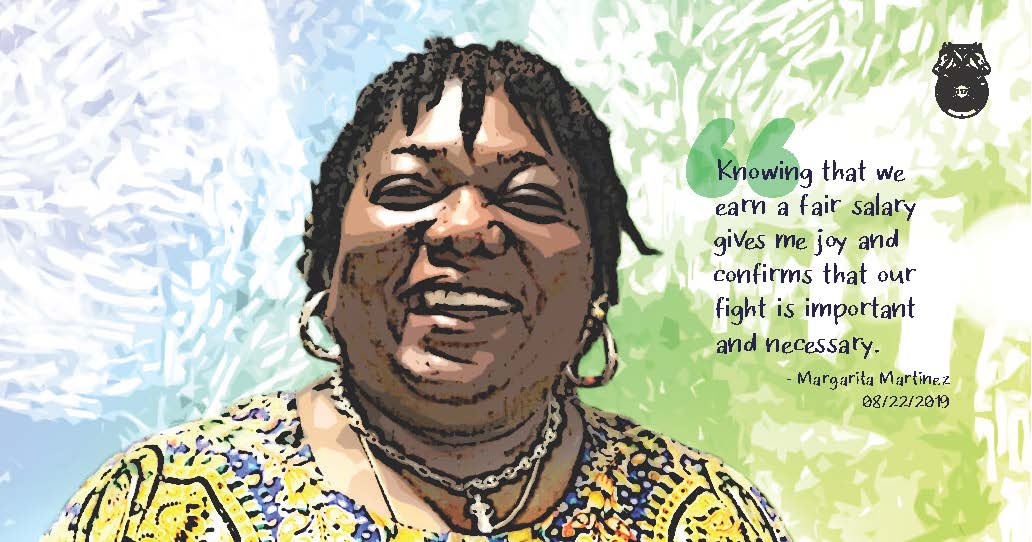 Organizer Maria Francisca Torres rallied the workers to defend their rights. The union pressured the company to unlock the bathrooms and filed an unfair labor practice for the company’s harassment of Martinez. The group also lodged a complaint with Seattle’s Office of Labor Standards alleging that the company was unlawfully paying its workers below minimum wage.

The City investigated and found that the company was in violation of the law. That investigation, spurred on by Teamsters 117, ultimately led to the largest pro-worker settlement in the history of the agency. The settlement calls for Leadpoint to pay a total of $686,202 in backpay, interest, and damages to 358 current and former workers.

"Knowing that we earn a fair salary gives me joy and confirms that our fight was important."

“Our fight with Leadpoint was brutal,” declared Martinez on learning of the settlement.  “It was obvious that they were trying to pay us less than we deserved. But knowing that we earn a fair salary gives me joy and confirms that our fight was important and necessary.”

John Scearcy, Secretary-Treasurer of Teamsters 117, praised the workers for standing up to their employer. He also called out Republic for not stepping in to address the abuse.

“Republic Services needs to take responsibility when its subcontractors are abusing workers and violating the law,” he said. “All workers deserve a living wage, safe working conditions, and good jobs with benefits. This settlement is a testament to workers standing together to fight for that.”