Womxn's Conference brings a powerful Teamster sisterhood to our union 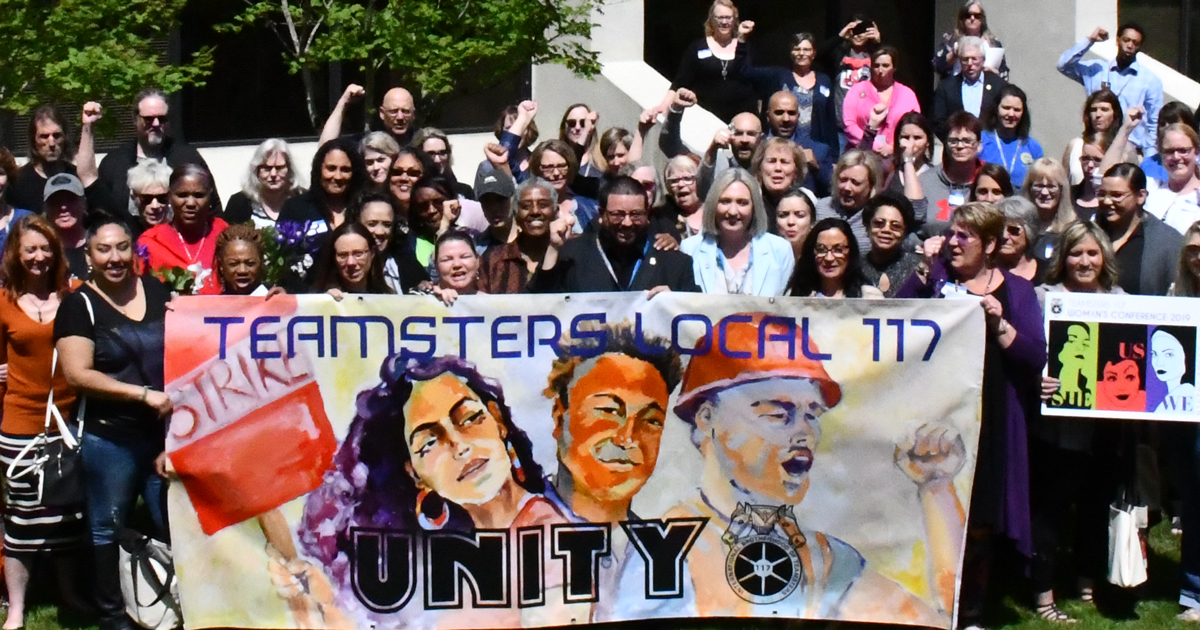 Participants from our first-ever Womxn's Conference gather outside our Union Hall in Tukwila to celebrate after the event.

A powerful spirit of sisterhood coursed through our union hall on Saturday as more than 100 members gathered together for our first-ever Teamsters 117 Womxn's Conference.

Photos from the event here.

Organized by a committee of Teamster women under the banner She/Us/We Rising Together, the conference featured presentations, participatory workshops, and an art show fundraiser for a new scholarship - the Jayme Biendl Working Women's scholarship.

The event raised over $5,000 for the scholarship named after the Local 117 correctional officer who was tragically murdered at her post at the Monroe Correctional Complex in 2011.

"Jayme Biendl paid the ultimate sacrifice for serving and protecting our communities," said Michelle Woodrow, President and Executive Director of Teamsters 117. "This scholarship pays tribute to our fallen Sister and to all of the women across our union who work so hard to support their families."

Our union hall was transformed for the event with colorful banners, artwork, and flowers. State Senator Rebecca Saldaña kicked things off with her inspirational story of rising up from an immigrant family to become a champion of working people in the Washington State legislature.

Senator Saldaña was followed by Elise Bryant, President of the National Coalition of Labor Union Women, whose speech was electric. The audience joined her throughout in intermittent chants and song.

"Don't mistake one moment of darkness for total blindness," she said. "This is the cure, you are the light. This is the food that feeds our soul."  You can view Bryant's entire address online here.

"This is the cure, you are the light. This is the food that feeds our soul."

After the speeches, participants attended workshops designed to empower, inform, and inspire. Sessions were held on climate justice, running for office, sexual harassment, and union leadership.

The group reconvened in the main auditorium for lunch and a panel discussion led by Local 117 Union Representative Maria Williams.

Local 117 Secretary-Treasurer John Scearcy brought the idea for the conference home from the IBT Women's Conference, which he attended last year. "I was inspired by the power and energy the event brought to our international union," Scearcy said. "I knew we could build on that power by organizing our own conference here at Teamsters 117."

"The whole idea of a Womxn's Conference resonated with me," said Joan Jaeger, a nurse at the Monroe Correctional Complex who attended the event. "This is the first year I've gotten involved in the union and I'm thrilled that it took place."