With court case looming, MCC Teamsters are committing to each other

Changes are coming in the public sector, and Teamsters across our union are getting ready. 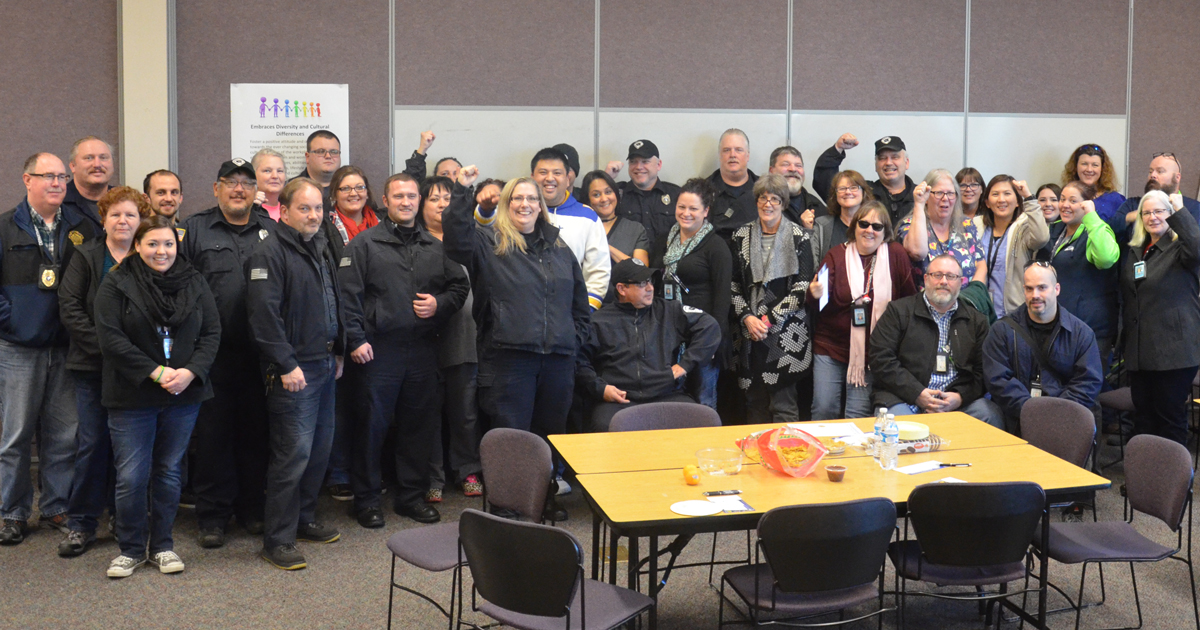 Members at the Monroe Correctional Complex gather at a union meeting last December to discuss keeping the union strong in an open shop environment.

Changes are coming in the public sector, and Teamsters across our union are getting ready.

The U.S. Supreme Court will be ruling on a case this spring that will almost certainly eliminate the freedom of public employees to negotiate union security clauses in their contracts.

That means people will be able to abandon their union membership, but continue to receive all of the benefits without having to pay their fair share.

Teamsters across our union are pushing back. Members are talking to members about the importance of continuing to have a strong union in an open shop environment. Thousands of members have signed cards committing to each other and their union.

As Teamsters, we refuse to allow wealthy special interests like the so-called "Freedom" Foundation to defund our union and weaken our ability to stand together and negotiate strong contracts.

At the Monroe Correctional Complex, member leaders and staff are in the midst of a three-day blitz to inform members about the the rule changes.

On Thursday, the facility was buzzing with members talking about the value of a strong union. Over 100 members signed commitment cards on a single day.

One of those members was Shaun Watson. Watson is new on staff, but had previously worked as an officer in Missouri. "I came from a place that wasn't union," he said. "I tell people that if the union goes away, they're going to miss it when it's gone."

Watson described poor conditions and a place where everyone was paid the same low rate no matter how long they had worked there. "It was sad," he said. "If you put in your time, you should be rewarded."

Both Paul Moore, an RN3 at MCC, and Kim Cook, an officer at the Washington Corrections Center for Women, took the day off to help with the outreach.

At shift change, Cook and Moore handed out information about the case. "We'll be swinging by later to talk with you about open shop," Cook said, as members headed toward their posts.

Doug Trudeau, an officer in the intensive management unit at MCC, is also helping out with the blitz. "Unions are getting hit hard," he said. "We need to stay strong, for better wages, better health care, and to keep DOC honest."

To sign in support of your union, talk to your shop steward or union representative, or visit www.FamilyStrengthCommunity.org.