UNFI unprepared to negotiate over severance for laid off Teamsters

UNFI arrived without their lead negotiator and unprepared to bargain with Teamsters Local 117 when they met with the Union on Thursday and Friday in Tukwila to discuss a severance package for Teamsters who had been recently laid off by the Company. 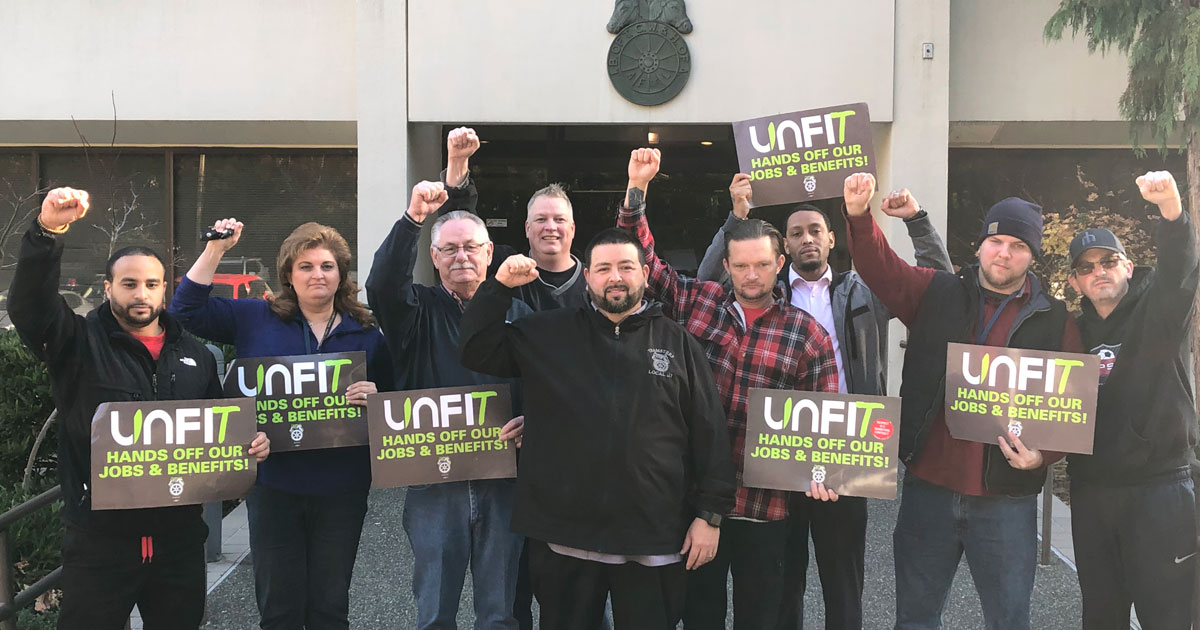 UNFI/SuperValu negotiations committee is committed to protecting our members rights under their contract and under the Arbitrator's award.

UNFI arrived without their lead negotiator and unprepared to bargain with Teamsters Local 117 and Local 313 when they met with the Union on Thursday and Friday in Tukwila to discuss severance packages for Teamsters who are facing layoffs by the Company. As a result, the two-day negotiations session resulted in little progress.

In the last few weeks, more than 70 UNFI employees working at the Tacoma warehouse have been laid off with the remaining employees to be laid off over the next 30 days.

“UNFI is not interested in negotiating a quality severance package for the majority of our members and their families whose lives have been severely disrupted by the Company’s decision to relocate operations from Tacoma to Centralia,” said John Scearcy, Secretary-Treasurer of Teamsters Local 117. “We came ready to negotiate and we formally proposed to accept an offer the Company had made on October 1 without a single change – not even a comma – but the Company rejected their own proposal.”

The Union is consider filing additional charges with the National Labor Relations Board (NLRB) over unlawful regressive bargaining tactics.

"UNFI is not interested in negotiating a reasonable severance package for the majority of our members."

UNFI is continuing to refuse to honor a neutral arbitrator’s decision to allow employees at the Company’s Tacoma warehouse to transfer to its Centralia facility with the same wages and terms and conditions that the Tacoma employees have been working under.

“Arbitrator Joseph Duffy ruled unequivocally for the Union in awarding full transfer rights to our members with the wages, benefits, and other protections,” Scearcy said. “His decision is legally sound and upholds contract language that the Company agreed to in negotiations. Not only did UNFI agree to the contract language enforced by Arbitrator Duffy, but it also agreed that arbitration decisions would be final and binding. We are confident that the courts will side with the Arbitrator and rule to make whole our members for any losses they may have incurred while they were unlawfully laid off.”

UNFI has a history of labor unrest with the Teamsters. In December 2012, members of Teamsters Local 117 employed at UNFI’s distribution center in Auburn entered into a 9-week strike over a number of alleged violations of federal labor law.