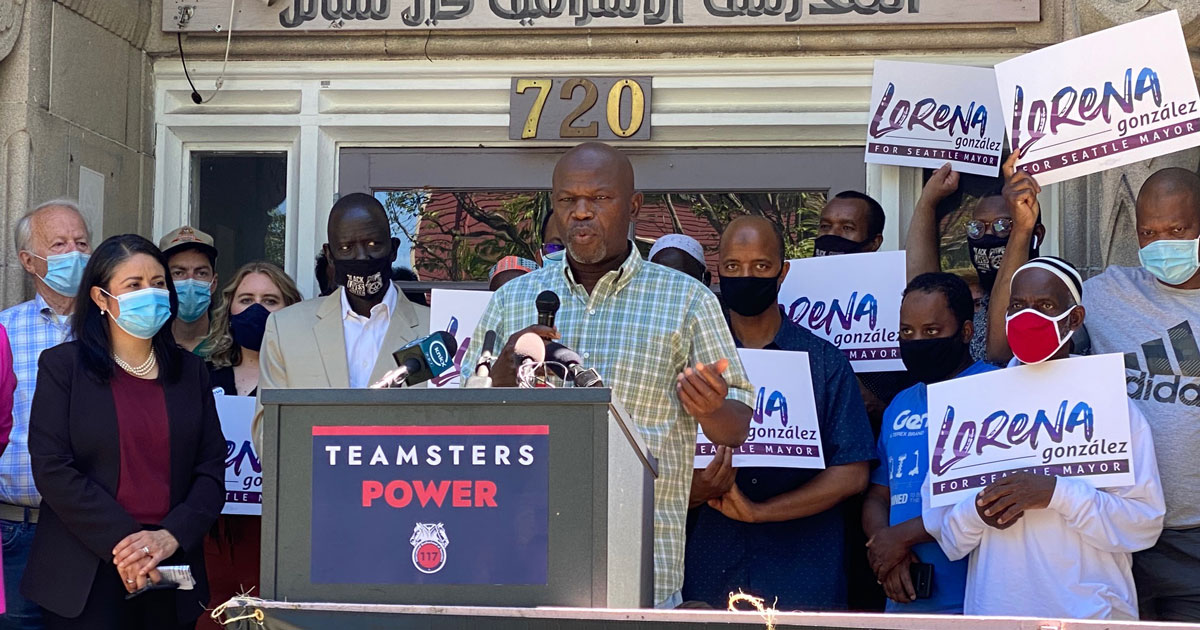 Over 15,000 drivers will benefit from the largest settlement agreement in the history of the Seattle Office of Labor Standards.

“When I needed to take time off work to help my wife through emergency surgery, I wasn’t paid for sick days that I had earned,” said Papa Diawara, an Uber driver who will receive payment under the paid sick days settlement agreement.

“Today, I am so happy we have strong advocates ensuring our rights as essential workers during this pandemic are protected and enforced.”

Councilmember Mosqueda championed the legislation to make Seattle the first and only city in the nation to pass paid sick day protections for Uber and Lyft drivers during the pandemic.

“Gig workers have been left out of many labor standards, including basic paid sick and safe leave that protects not only gig workers and their families, but customers and our community at large,” said Seattle City Councilmember Teresa Mosqueda. “I was proud to work with Teamsters 117 and other worker rights organizations to provide paid sick leave for these workers last year who were providing essential services -- like groceries and rides -- to our elders, healthcare workers, and more. Today's announcement shows how important it is not to just pass policies, but also, to enforce those policies.”

“My administration will fight for working people, not corporate CEOs,” said City Council President and Mayoral candidate Lorena Gonzalez. “I started my career as a civil rights attorney going after greedy corporations for wage theft, and as Mayor I will make sure we use every means available to claw back stolen wages and stolen time because working people should have the means to take care of, and spend time with, those they love."

The paid sick days ordinance is one of a series of nation-leading labor protections won by Uber and Lyft drivers organizing in Seattle.

“First paid sick days law, highest minimum wage, historic deactivation protections, a driver support center – each of these labor victories on their own have set new national gold standards,” said John Scearcy, Secretary-Treasurer of Teamsters 117.  “Taken together, all of these victories combined undeniably put Seattle at the center of progress for labor’s strategy to raise standards for gig workers. Today’s settlement putting $3.4 million back into the pockets of hard-working immigrant drivers shows the importance of electing pro-labor candidates.”

Under the settlement agreement, 15,084 Uber drivers will be paid one sick day if they have unused paid sick days accrued before April 1st, 2021. In addition, 2,329 drivers will receive higher payments that include settlement of claims for back wages, interest, liquidated damages, and civil penalties.

Eligible drivers will be paid within 30 days by direct deposit or by check, under the terms of the settlement.