Thousands of members took our Union's membership survey. Here are the results.

Between November 2016 and January 2017, over 2,500 members of Teamsters Local 117 participated in our union’s strategic planning survey.

The results of our membership survey are listed below: 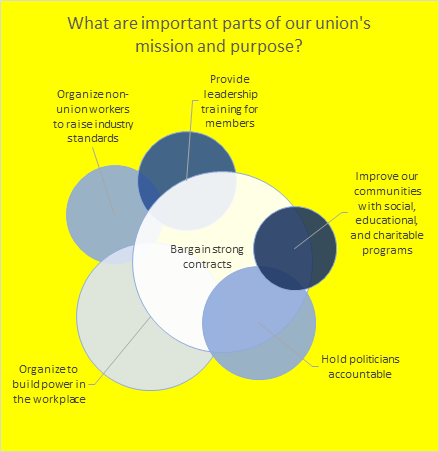 Members want our union’s mission and purpose to be built on a foundation of bargaining strong contracts and organizing to build power in the workplace.  In order to achieve these goals, survey respondents identified the importance of growing our union, engaging in political action, conducting leadership training for members, and improving the community with charitable programs. 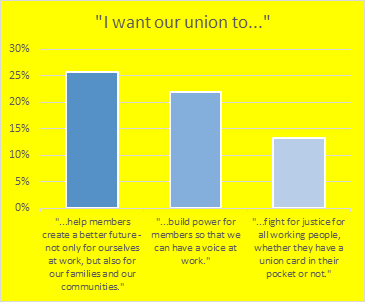 Members want our union to not only improve their own lives, but also lift up the community.

Members believe we must build unity by sticking together and focusing on the needs of the membership (47%) and making sure all members’ voices are heard (42%). 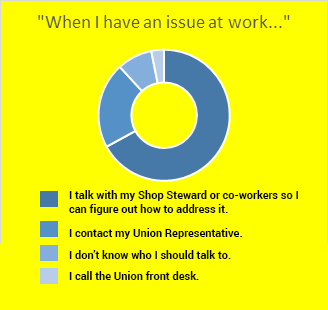 Members are working together to improve union communication and build a union presence at work, both when a Union Representative is on the shop floor and in between visits. 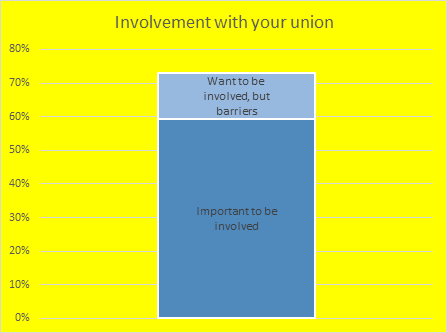 Nearly three-quarters (73%) of members stress the importance of being involved in our union, in order to improve working conditions and provide a better future for our families and communities.