Over the weekend, Teamsters who work in SuperValu’s grocery warehouse in Tacoma voted overwhelmingly to ratify a new three-year contract. 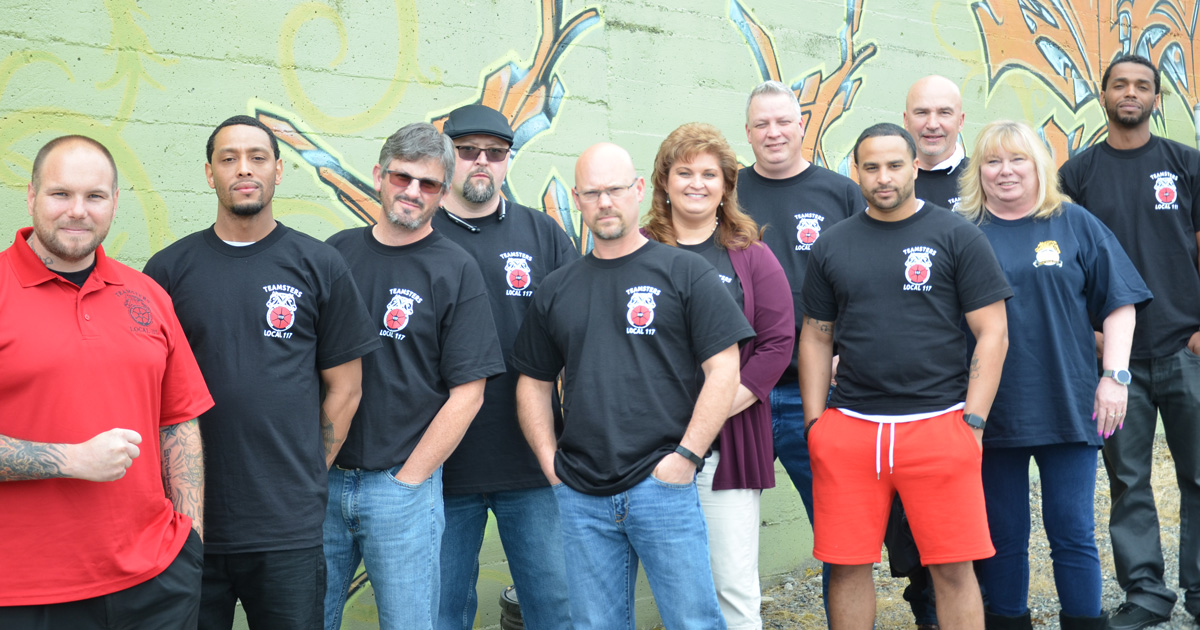 Our union team gathers on the first day of contract negotiations with SuperValu.

Over the weekend, Teamsters who work in SuperValu’s grocery warehouse in Tacoma voted overwhelmingly to ratify a new three-year contract. The contract provides annual wage increases, excellent health and welfare coverage, and retirement security for over 200 members of Local 117 and their families.

“One of the highlights for me was ensuring full maintenance of our medical benefits,” said Anthony McKinney, a shop steward who served on our union’s negotiations committee. “A lot of my co-workers are on their way to having children. They’ll see the incredible benefit of keeping this medical coverage in our contract.”

"They’ll see the incredible benefit of keeping this medical coverage..."

The agreement maintains industry standards and aligns with other Teamster grocery contracts, including those at Safeway and Fred Meyer. This is a major accomplishment given the dramatic changes and consolidation in the industry.

A little over a year ago, SuperValu purchased Unified Grocers for $390 million. Teamsters who had worked in Unified’s Seattle warehouse moved down to the SuperValu facility in Tacoma.

Navigating the merger was challenging, but the group came together when the company tried to bring in temps to skim bargaining unit work. In response, the entire swing shift crew walked off the floor, demanding that the temps be sent home.

This galvanized members as we headed into negotiations earlier this summer. With Local 117 Vice President Marcus Williams and Union Representative Kris Fish along with a new crop of stewards at the bargaining table, we were able to capitalize on that solidarity.

“To see how our minds meshed together and that we were all on the same page – that was exciting for me to see,” McKinney said.

More challenges are on the horizon as United Natural Foods, Inc. has made play to acquire SuperValu. Teamsters won an initial victory in the proposed merger when UNFI CEO Steve Spinner pledged to honor all Teamster contracts in a letter sent to Teamsters General President James Hoffa just a few weeks ago.

“Despite major upheavals in the grocery industry, our union has succeeded in achieving a contract that recognizes our members for the backbreaking work they perform,” said John Scearcy, Secretary-Treasurer of Teamsters 117. “Thank you to our outstanding negotiations committee and to all of our members at SuperValu who work so hard to feed Washington’s families.”