This month, we are proud to celebrate Women's History Month. Check out this message from our International Union and be sure to register for our upcoming Teamsters 117 Womxn's Conference on May 18. 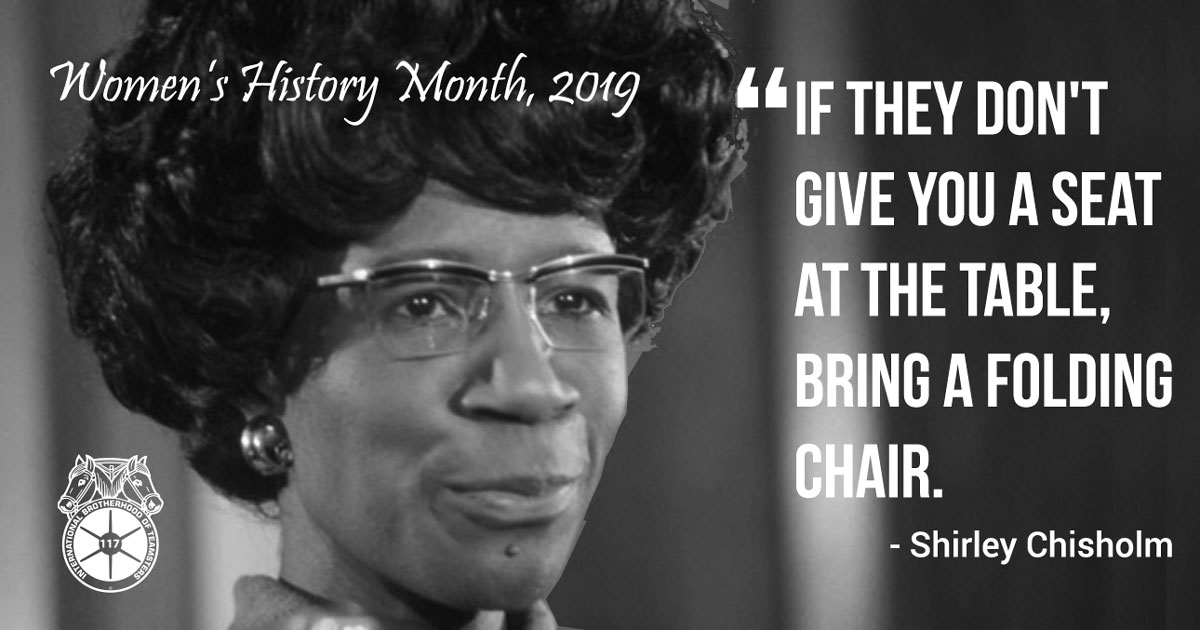 This month, we celebrate Women's History Month. Check out this message from our International Union and be sure to register for our upcoming Teamsters 117 Womxn's Conference on May 18.

Often it’s Mother Jones or Rosie the Riveter who come to mind when we think about strong women in labor history. However, there are so many more accomplished women, including Teamsters, who work every day to fight for workers’ rights. These are women who resist, press forward, lead and bring about social and economic justice. They are deserving of our respect and gratitude not just in March, but throughout the year.

Looking back to the history of our union, over a century ago, women were organizing with the Teamsters. In 1916, the union was involved in a contract for women laundry workers in Chicago, helping the workers successfully organize and create the first all-women negotiating committee. They achieved equal pay for black and white women working in the laundries.

In 1919, “equal pay for all” was a slogan within the union. The Teamsters Union has been and will continue to be a champion for equal pay, negotiating gender and color-blind contracts. Women in unions are more likely to have access to paid leave, health benefits and a secure retirement. Women of all demographics fare better economically with union representation. In 2017, union women’s median weekly earnings were $200 more than nonunion women’s.

As we honor our history, Teamsters look to the future. At the annual Teamsters Women’s Conference in Orlando in September, more than a thousand Teamsters gathered at the event whose theme was, “Dream. Believe. Achieve.” Thanks to the vision of our sisters, all Teamsters can achieve great things together for our union as we strive to uplift all workers.

The Teamsters Union is proud to honor Women’s History Month.