Teamsters at the City of Auburn Overwhelmingly Ratify 3-Year Contract

Greg Noonan, Teamster at the City of Auburn, is your veritable jack-of-all-trades. His work portfolio consists of plumbing, carpentry, welding, and metal fabrication along with some ingenious design work. 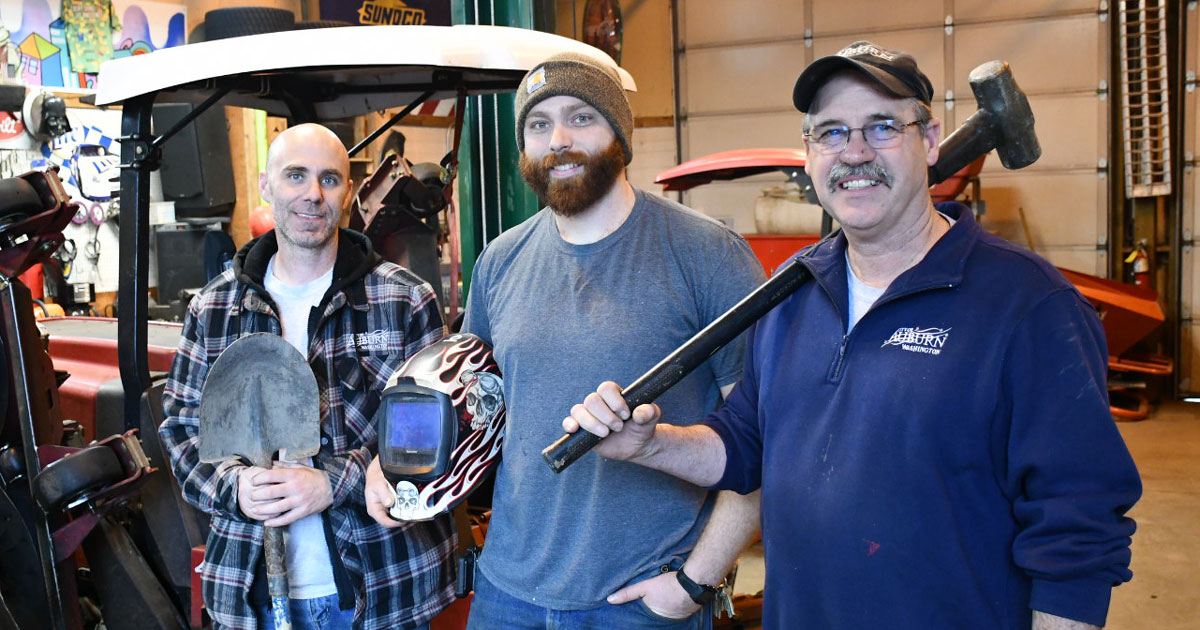 Greg Noonan, Teamster at the City of Auburn, is your veritable jack-of-all-trades. His work portfolio consists of plumbing, carpentry, welding, and metal fabrication along with some ingenious design work.

When city officials and other town dignitaries needed a sleigh to parade down Main Street, Noonan made it happen. He transformed a flatbed truck into Rudolph the Red-nosed Reindeer with antlers, blinking lights and all.

"It's hard to say what I do from one day to the next," Noonan admits. "But that keeps things interesting."

Noonan will be retiring this June, passing his craftsman's torch to his co-workers in the City's Public Works Department. As he departs, he'll have the peace-of-mind that the workforce he's labored alongside for 24 years will continue to be protected by a strong Teamsters contract.

Highlights of the new agreement include negotiated wage increases, longevity pay, increases to the uniform allowance, and full maintenance of benefits with excellent health care coverage through the Washington Teamsters Welfare Trust.

"Between no increases to our medical and getting longevity pay - those were the two big things that really got our guys on board."

Rich Valenti, the town's horticulturist and member of our Union's negotiations team, explained why the contract passed with such impressive numbers.

"Between no increases to our medical and getting longevity pay - those were the two big things that really got our guys on board," he said.

Valenti does the town's planting, pruning, and landscape design. He plots out trees, shrubbery, and flowers for hundreds of garden beds across the City. A portion of his time is spent during the winter months propagating annuals in a small greenhouse, where he transform 200 plants into 4,500 by transplanting their cuttings and seeds. 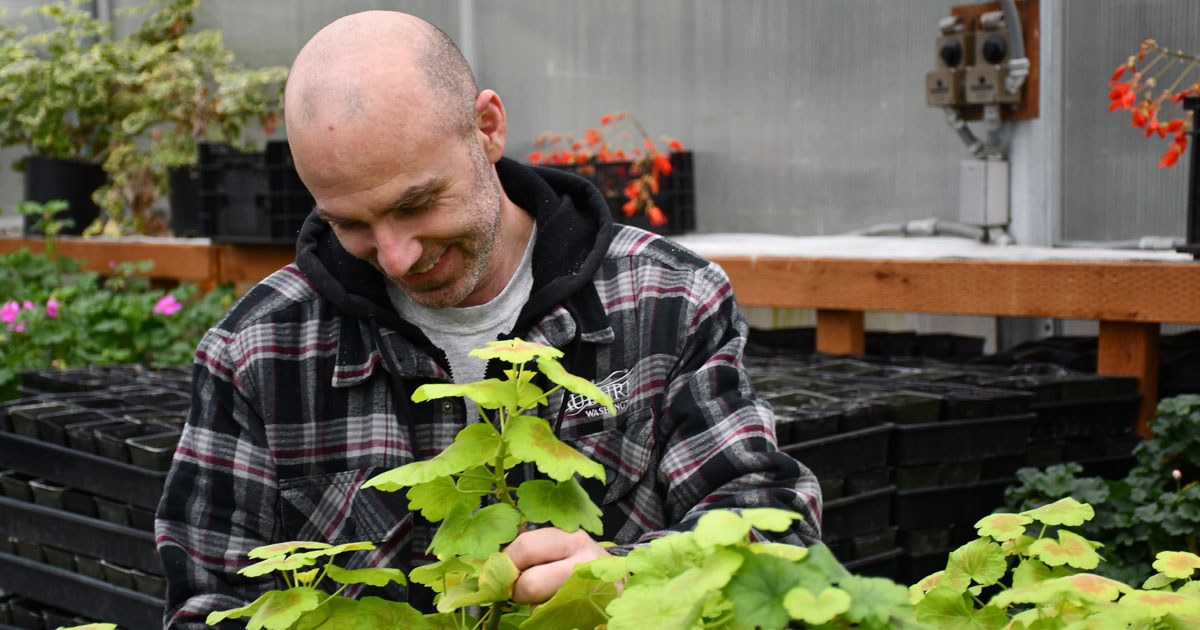 Rich Valenti (l), Taylor Pence (c), and Greg Noonan (r) are armed and ready to keep Auburn at its finest.

Much of the work of Noonan and Valenti, along with the other Teamsters at the City, takes place behind the scenes. They repair our roads, maintain our potable water system, and beautify our public spaces. Their work is indispensable to the smooth operation of the City's infrastructure and Auburn's quality of life.

With the contract approved, members are feeling like their work is finally recognized. "I've never seen a contract ratify with those kinds of numbers," Valenti said. "And we had a great turnout for it, too."

“We had record turnout to overwhelmingly ratify a contract that addresses core issues important to our members that have their boots on the ground," Scearcy said. "This is what you achieve by working together as a union and a great example of the power of member engagement, knowledge, and participation." 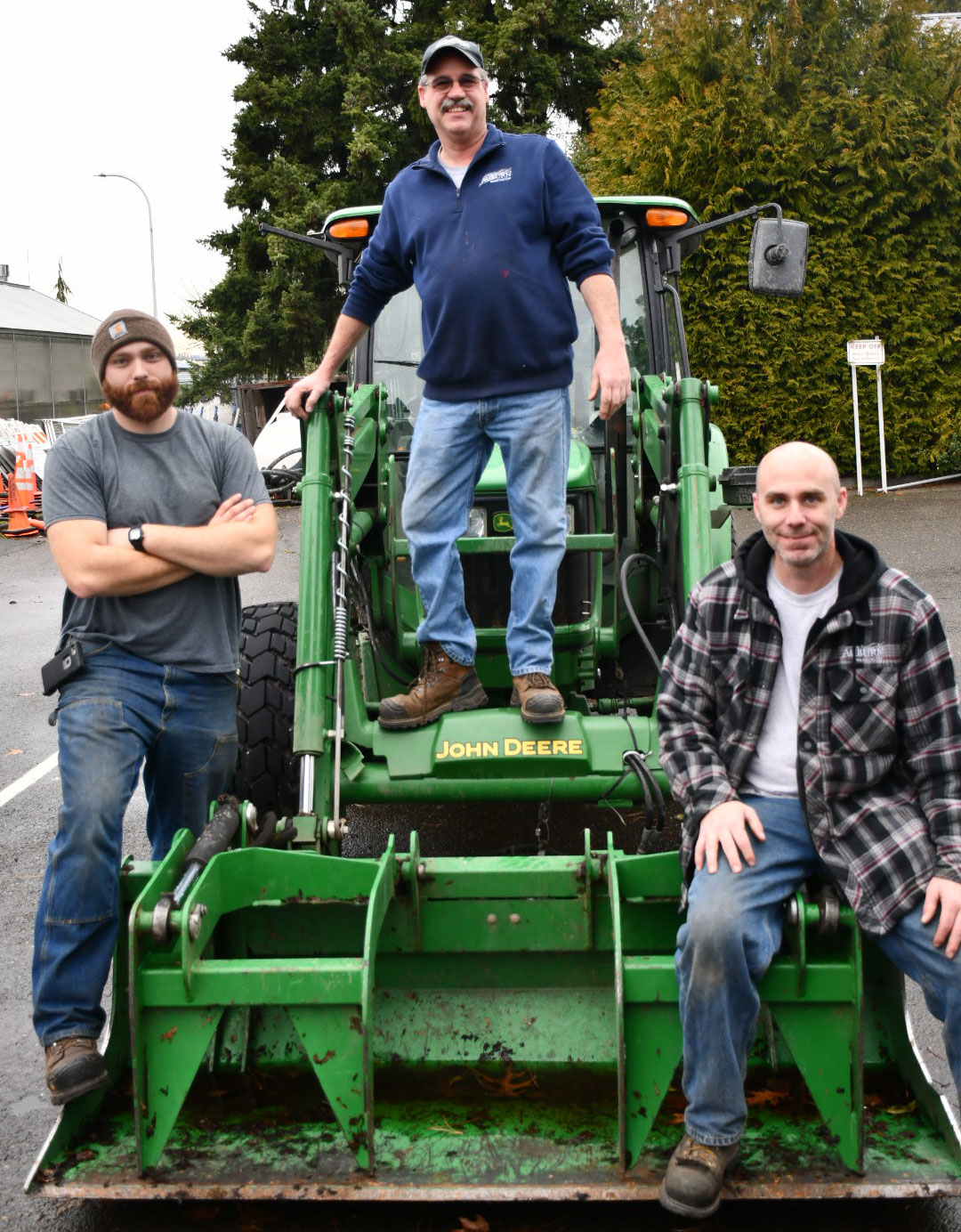