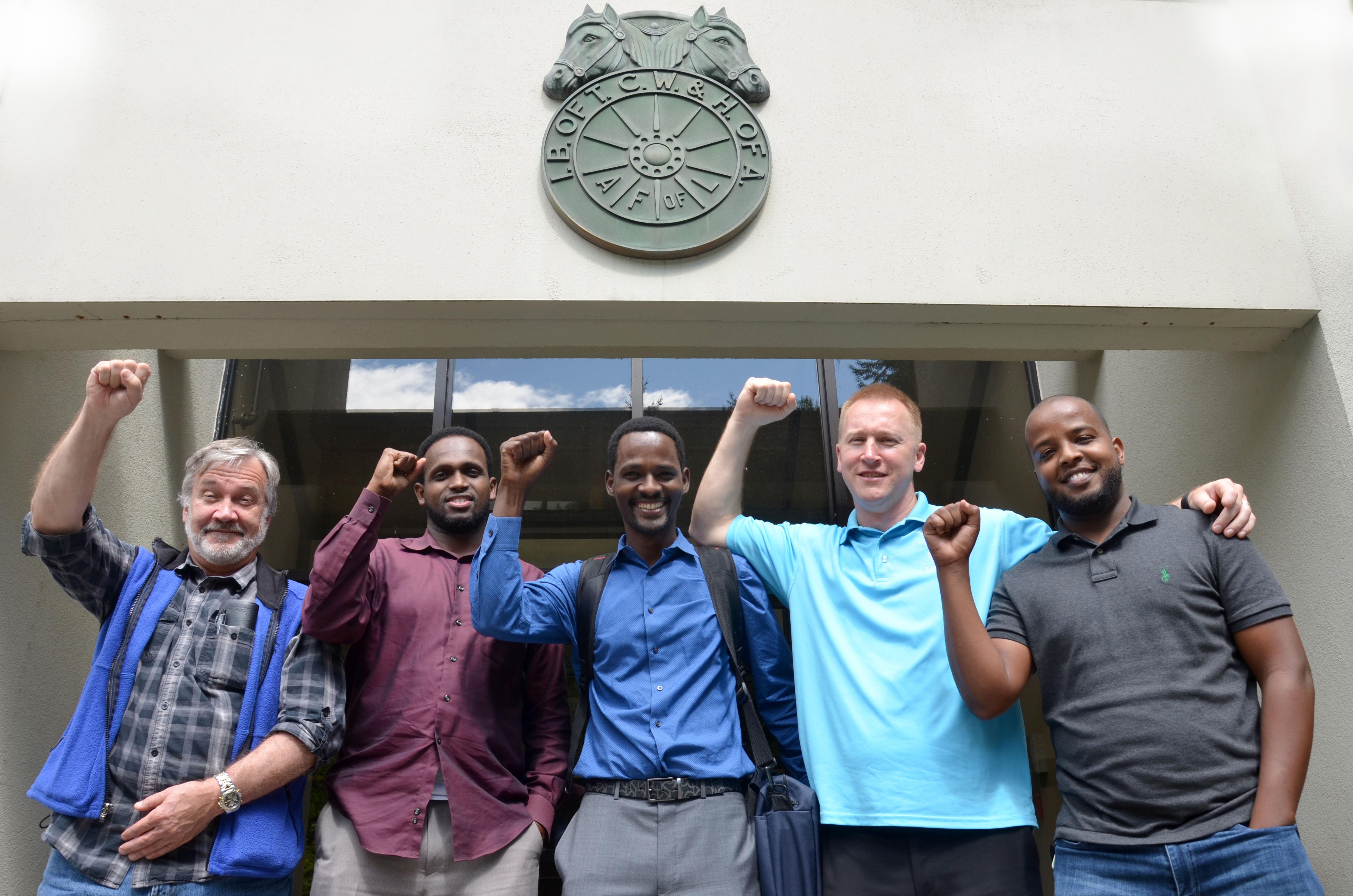 Teamsters at Shuttle Park 2, an airport parking lot in SeaTac, voted to unanimously ratify their contract last Sunday. We had been in bargaining since May. The company has a history of complicated negotiations.

“Previous contract negotiations lasted over a year,” says Guled Ali, a Teamster and Shuttle Park 2 employee who was present at the bargaining table. “It went faster this time because we had better experience.”

"I think “exuberant” is the right word to describe how I feel about the contract."

One of our members’ main concerns was safety. With the parking lot operating 24 hours each day, poor security and lighting has long been an issue. As the negotiations progressed, members started to see improvements in their working conditions since the company began implementing updates that were slow to pass before initiation of bargaining.

“We’ve been able to discuss pay, vacation, sick leave and working conditions. It was a collective effort, and we succeeded in creating a more level playing field between the management and the employees,” concludes Robert Houser who was a member of our union bargaining committee.

Ali mentions his excitement for sharing the contract details with his co-workers. “I think “exuberant” is the right word to describe how I feel about the contract. We couldn’t have done it without Local 117.”

“This is a great example of the Union Difference,” says Paul Dascher, Director of Representation at Teamsters Local 117. He led these negotiations along with his committee made up of members and SP2 Shop Stewards.