We all came together as Teamsters. For Awgaw Fanta, a Local 117 parking attendant, who operates two garages in downtown Seattle, that was the highlight of this weekend's contract win. 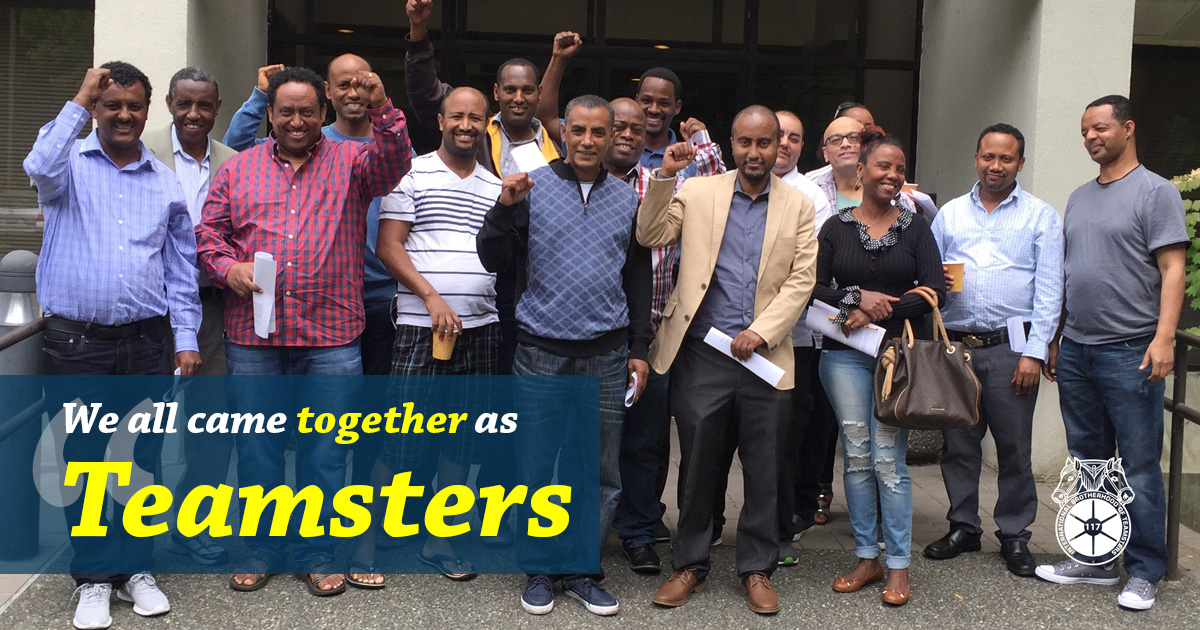 Teamsters who work at Impark celebrate their new four-year contract.

We all came together as Teamsters. For Awgaw Fanta, a Local 117 parking attendant, who operates two garages in downtown Seattle, that was the highlight of this weekend's contract win.

Fanta is a shop steward who serves on our union's negotiations committee that has been meeting with the employer since April.

This Saturday, Fanta and his co-workers had the opportunity to vote on a fully-recommended settlement offer. The four-year agreement was overwhelmingly ratified by the group.

Members will see wage and pension increases in each year of the contract, maintenance of their health and welfare benefits, and a new shoe allowance for some classifications.

"Everybody is happy to get a raise," Fanta said. "It's an important thing for us. It helps our families."

"Everybody is happy to get a raise... It helps our families."

For Fanta, the group's unity was key to their success. Members stuck together, attended union meetings, and supported their negotiations committee that worked long hours to achieve improvements to the contract.

"Takele and Paul fought really hard for us," Fanta said, referring to the union negotiators assigned to the group.

"Our members at Impark provide essential services to commuters and tourists coming to park in the downtown Seattle core," said John Scearcy, Local 117 Secretary-Treasurer. "They deserve fair pay to support their families, just working conditions and a secure retirement. By sticking together, they have achieved a contract they can be proud of."