Teamsters at ICS vote unanimously to authorize a strike

Teamsters at Industrial Container Services (ICS) are not backing down. After months of being bullied by their employer in contract negotiations, the group is fighting back. 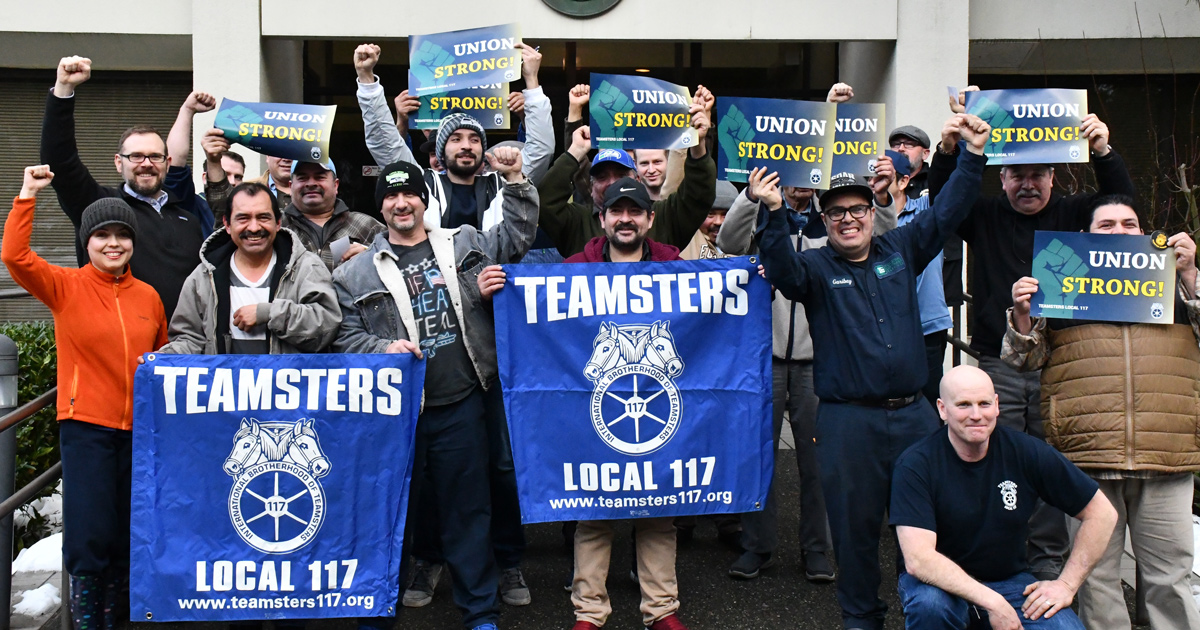 Power, unity and resolve: Teamsters at ICS gather outside our Union Hall after a unanimous strike vote.

Teamsters at Industrial Container Services (ICS) are not backing down. After months of being bullied by their employer in contract negotiations, the group is fighting back. Today after an update from their union committee on the company’s substandard proposals, members voted unanimously to authorize a strike.

With the vote, the group sends an unequivocal message to their employer that they are united and won’t be jerked around. “All of us are united in demanding that they negotiate fairly,” said Abel Flores, a nine-year employee at the company. “We need them to respect our rights, and we need to see improvements in their proposals.”

ICS has refused to engage in meaningful negotiations and made unilateral changes to working conditions, laying the groundwork for a possible ULP strike.

What's more, ICS wants members to take a major step backwards on their health and welfare coverage while at the same time they want to hitch members' wages to the minimum required under the law.  They’ve even tried to divert previously agreed to retirement contributions from the existing contract into their new wage proposals.

The group is not having any of it. “It’s not fair that they’re treating us like this, under these conditions,” said Iduviges Castro Sanchez, an eight-year employee. “If they won’t come to a fair agreement with our Union, we’re ready to strike.”

"If they won’t come to a fair agreement with our Union, we’re ready to strike."

Teamsters at ICS are no stranger to a fight. In 2014, they showed tremendous courage in standing up to their employer to get organized.

Before joining Teamsters 117, the workers’ only water source was a rusty pipe. Their break room was a filthy wreck of battered lockers, and they had no sanitary place to wash their hands. These abhorrent conditions were worsened by a workplace rife with toxic chemicals workers are exposed to as they sanitize and refurbish barrels containing industrial waste.

With a Union, workers had a voice over their wages and working conditions. Joining Teamsters also led to extraordinary changes including a new break room, new lockers, and a new, clean water dispensary. Now the company is provoking the workers once again, and like before, the workers are prepared to stand up and fight.