Members could raise pickets at any time 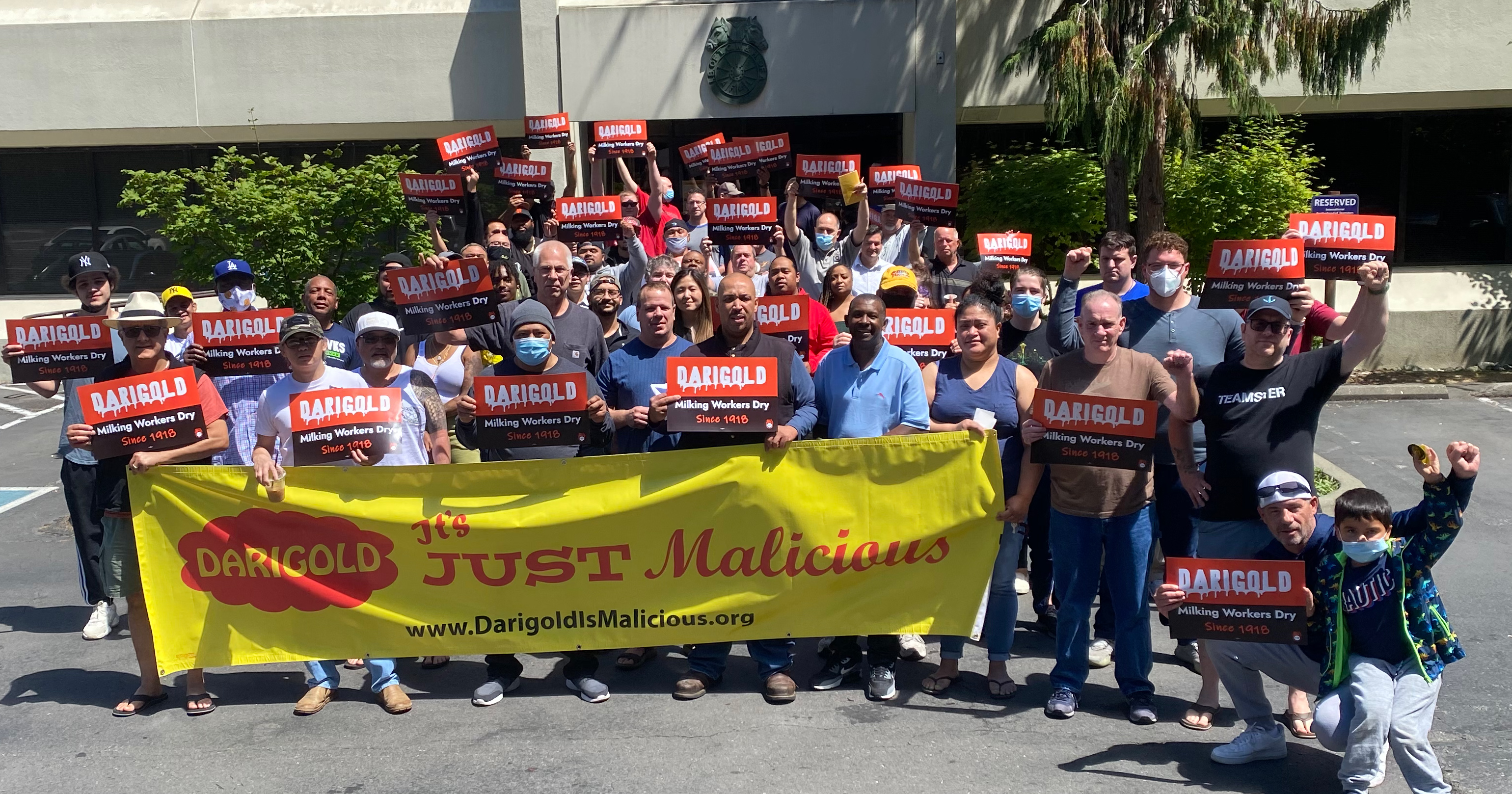 With an expired contract and having approved a final strike vote, Teamsters at Darigold could raise pickets at any time.

Workers employed at Darigold’s laboratory and production facilities in Seattle and Issaquah have approved a final strike vote. Teamsters Local 117, the Union representing Puget Sound dairy workers, has been in contract negotiations with Darigold since April, and union members have been working without a contract since the end of May. Workers gave their final approval to strike this afternoon, meaning they could establish picket lines at any time.

“Not only has Darigold failed to acknowledge the sacrifices its employees and their families made during the pandemic, it also has failed to bargain in good faith with the Union,” said John Scearcy, Secretary-Treasurer of Teamsters 117.

After presenting its initial economic proposal with across-the-board wage increases for all employees, Darigold then proposed to reduce the wages of many of its employees. The Union has filed unfair labor practice charges against the Company for bad-faith bargaining.

Earlier this year Darigold outsourced its warehousing to WOW Logistics in a facility owned by Prologis. Warehousing work had been performed by Local 117 members at the Company’s Rainier milk processing plant. The outsourcing has resulted in significant delivery disruptions to Costco and Walmart stores because of the third-party warehousers failure to rotate product, build adequate pallets for delivery, and other failures. These failures also have resulted in Darigold dumping up to 70 truckloads of milk, cottage cheese, and sour cream, which equates to over 376,000 gallons of wasted dairy products.

Throughout negotiations the Union has made proposals to enhance worker’s job security in the event Darigold moves its Issaquah or Seattle facilities. Darigold negotiators assured the Union that there would be no facility movement during the term of a successor labor agreement.  Despite these assurances, Darigold refused to put the commitment in writing.  Darigold just announced this month that it was building a $500 million protein and butter production plant in Pasco, which could result in job losses for the Seattle and Issaquah workers.

Despite Darigold’s efforts to market itself as a community-focused cooperative with family farmers who share good values, the Company refuses to recognize Martin Luther King Jr. Day as a holiday for its unionized workers.

“Given the sharp focus on social and racial justice in our country today, it is inconceivable that a Company like Darigold will not agree to incorporate Martin Luther King, Jr. Day as a holiday into its labor agreements,” said Scearcy. “Darigold has demonstrated time and time again that it does not value or prioritize its workers or the collective bargaining process. It is no wonder those workers have voted overwhelmingly to strike.”