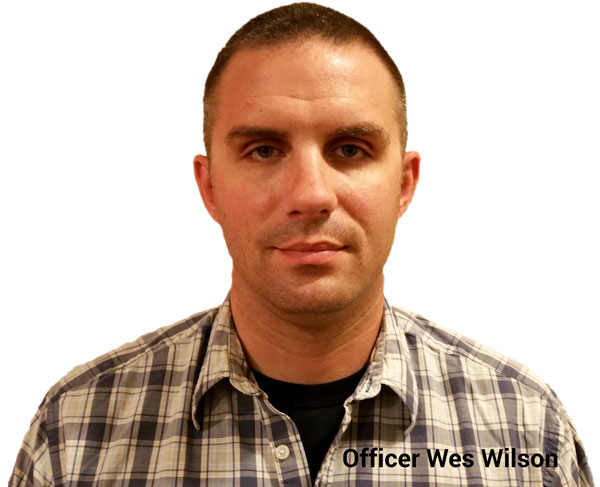 One evening, the group took time out to interview Skyler Rude, who is seeking our union’s endorsement. Skyler is running as a republican for a state house seat in the 16th Legislative District, which spans Walla Walla to Pasco and most of south Benton County.

Teamster Wesley Wilson, a corrections officer of 11 years at the Pen, was one of a handful of members who joined in the interview process and ultimately recommended an endorsement. We recently caught up with Wes to get his take on the candidate, the endorsement process, and politics in general.

Why do you think it’s important for our union to be involved in politics?
We have to be involved with politics because the legislature decides whether to fund our contract. We’ve got to have that political pull on both sides of the aisle. Whether it be democrats or republicans, we need to get people to understand the work that we do because it’s a dangerous job.

Was there anything that surprised you about the interview process or how our union endorses political candidates?
The surprising part for me was that I could be part of the process and give my perspective as someone who’s not a union representative. I didn’t think I could be included and that obviously was not the case.

What do you think our political priorities should be ahead of this next legislative session, especially for DOC Teamsters?
We need to make sure we’re reaching out to both political parties. A lot of people on the eastern side of the state fall on the more conservative side. So extending a hand across the aisle to get other republicans to see the value of what the union does for workers is a good deal.

What impressed you about Skyler Rude? Why did you recommend endorsing him?
He realizes the benefit and value of having worker rights and protections. I was very impressed by that. He is not going to say something that he doesn’t believe in just to get votes. I appreciate that honesty. He seems willing to speak his mind, vote the way he thinks is right, not just along party lines.

What would you say to a member who might be interested in getting involved in our union’s political program?
Being a union member, a Teamster, you do have a say. You have a say in addressing politicians or issues with the contract. We would have much more power and leverage if more people got involved. That’s what I took away from this – I felt like I had a voice, that my vote counted.

Sign in with or
Don't have an account? Click here to create one.
Please check your e-mail for a link to activate your account.
DOC Teamsters are holding politicians accountable
DOC Teamsters in Walla Walla interview candidate for the 16th legislative district
TEAMSTERS POWER