Teamster drivers lend a hand to the hurricane relief effort

When disaster strikes, Teamsters roll in to help out. That’s what three members at Republic Services did when their boss asked for volunteers to help clean up in the aftermath of Hurricane Harvey that devastated south Texas earlier this month. 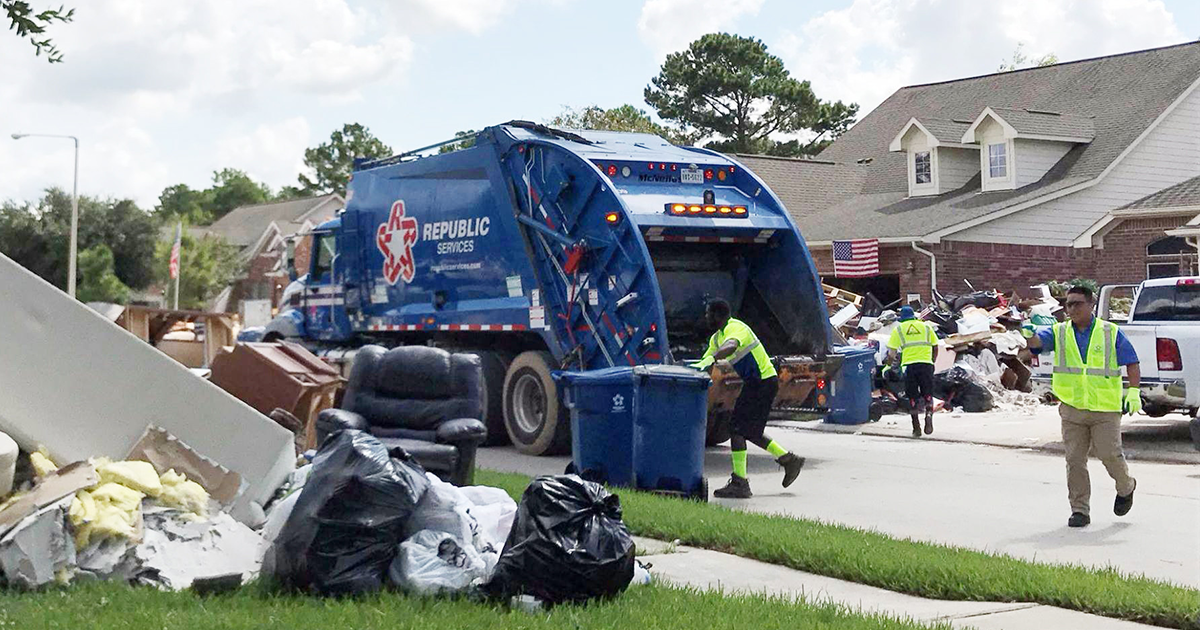 When disaster strikes, Teamsters roll in to help out. That’s what three members at Republic Services did when their boss asked for volunteers to help clean up in the aftermath of Hurricane Harvey that devastated south Texas earlier this month.

One of them was Ben Goodrich, a Local 117 residential yard waste driver, who has serviced neighborhoods in Snohomish County for the last ten years.

Ben jumped at the idea of pitching in to assist in the hurricane relief effort. “I felt I could come down here and work my ass off and help clean this place up, but I’ve never experienced anything like this,” he said.

Ben says he's witnessed destruction on a colossal scale. He’s been especially struck by the number of displaced people – families moving into hotels and living on the streets. “It’s pretty humbling."

Since arriving in Houston just after Labor Day, he has been at it 10-12 hours a day, hauling away mounds of rubbish from houses, some of which were fully submerged in the floodwaters. He plans to continue aiding in the effort until at least September 23.

Ben praised the locals for their generosity and indomitable spirit. “People will see you working and they’ll come up and give you a soda. If that’s all they’ve got, then God bless them. To see this city rally together has been pretty uplifting.”

"To see this city rally together has been pretty uplifting."

Ben isn’t the only Teamster in town to lend a hand to Houston. He’s met members from Las Vegas, San Jose, and elsewhere. On September 8, a convoy of Teamster tractor trailers rolled off toward Texas from California with truckloads of relief supplies for Houston residents impacted by the storm.

Back home, we will be passing the hat to support disaster relief at our upcoming general membership meeting on September 21. Our Local Union’s Executive Board has pledged to match the donations collected at the meeting.

If you are unable to attend the meeting on September 21, but would like to donate, please send a check payable to Teamsters Disaster Relief Fund c/o Teamsters Local 117, 14675 Interurban Ave. S. Tukwila, WA 98168.

Your tax-deductible donations will make a difference in the lives of a Teamster family.