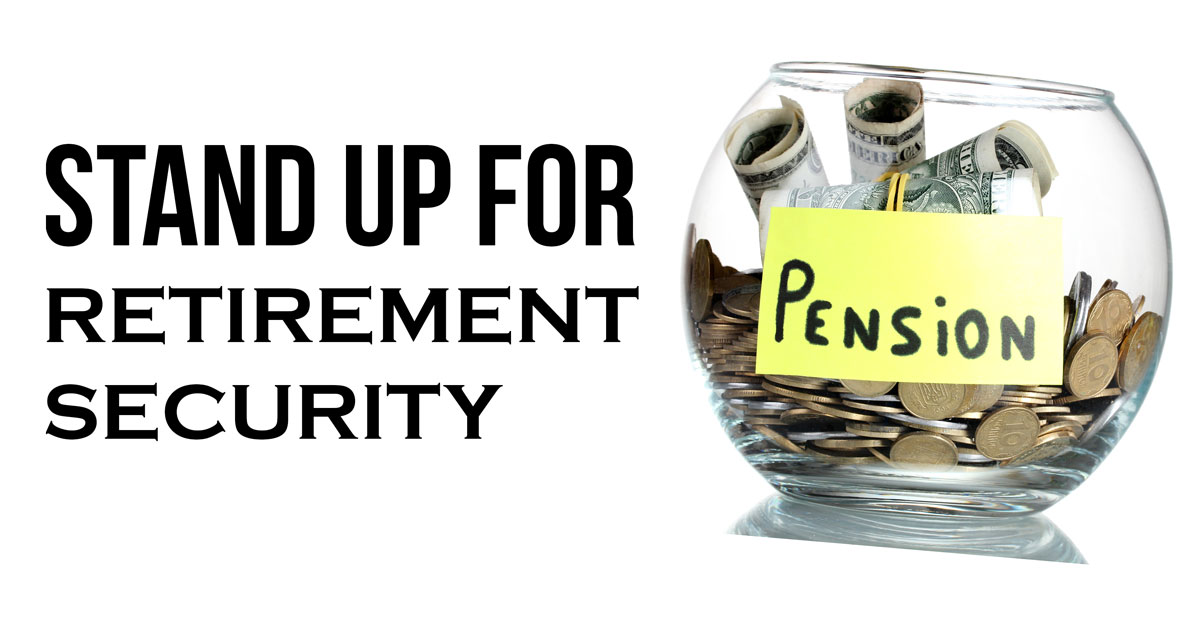 Congress has finally acknowledged what Teamsters have been saying for years…there is a pension crisis in this country and Congress must resolve it to protect workers and our economy.

While the Western Conference of Teamsters Pension Trust (WCTPT), which provides retirement benefits to many members of Teamsters 117, is on strong financial footing, other pension plans around the country are in need of immediate relief.

That was the message delivered this October by representatives and trustees of the WCTPT at a training for union officers, union staff, and rank-and-file Teamster leaders from across the West.

Thanks to the activism of Teamsters in the room and across the country, Congress has recently set up a Joint Select Committee to work towards a solution to ensure the solvency of multi-employer pension plans.

We urge the Committee and all of our Representatives and Senators in Congress to reject the GROW Act, which would permit draconian cuts to workers’ benefits and subject retirees to devastating cuts to their pensions.

For pension reform that protects workers, our union is supporting the Butch Lewis Act (H.R. 4444/ S. 2147). Butch Lewis provides a path to financial health for troubled pension plans, alleviates pressure on the Pension Benefit Guaranty Corporation, and ensures that current and future retirees receive all of the benefits that they've earned.

Take Action to Protect Worker Pensions Now!  Reach out to your Senators and Representatives in Congress and urge them to support the Butch Lewis Act. The more bi-partisan support the legislation garners, the more likely it is to be adopted by the Committee.