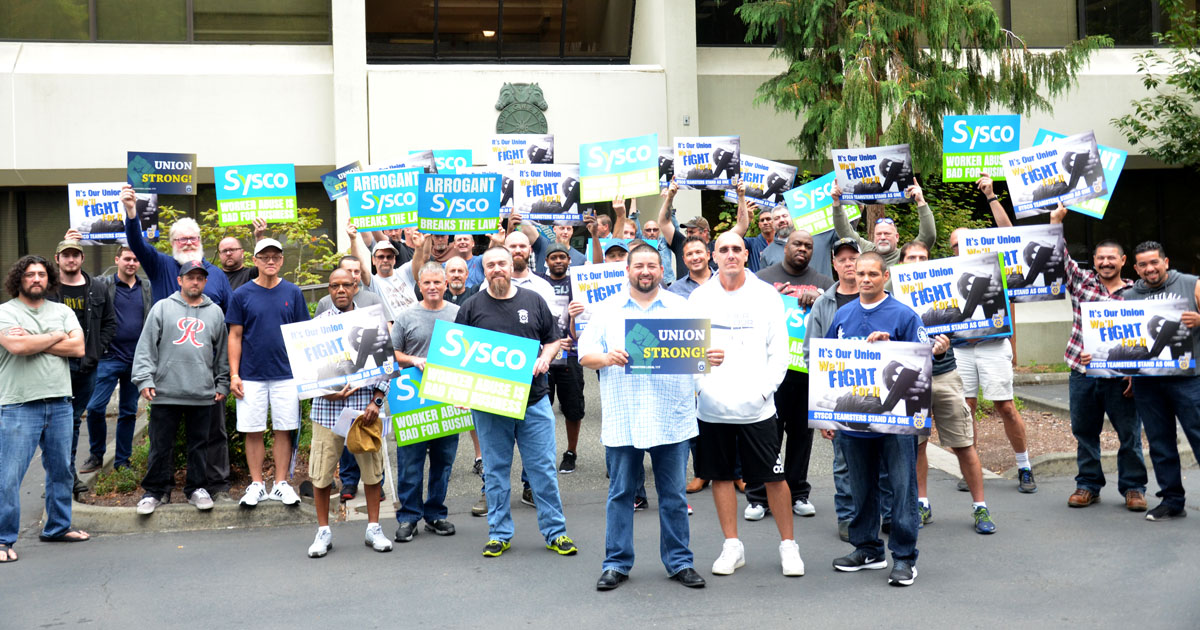 Sysco Teamsters in front of our union hall in Tukwila after the strike authorization vote.

The unanimous strike vote sends a clear message to the company that the group is not backing down in their fight for fairness.

The company came into negotiations with a substandard proposal across the board and have taken some actions that we are investigating as potential violations of federal labor law.

“Teamsters at Sysco in Seattle are prepared to strike for fair treatment and to protect their livelihoods,” said John Scearcy, Secretary-Treasurer of Teamsters 117 and the lead negotiator for the union. “Our members work incredibly hard to supply safe food service products to schools, restaurants, and hospitals across our region. The company needs to recognize them for their labor.”

Negotiations between Sysco and our union got underway in July, with the contract set to expire on September 1. No extension agreement has been signed.

In other parts of the country, Sysco has been trampling on the rights of workers. In recent months, Local 117 members have participated in Days of Action to show solidarity with Teamsters in Oklahoma where the company has fired multiple shop stewards and tried to break the union. Late last year, Sysco Teamsters in Missouri established an unfair labor practice picket line to protest alleged violations of federal labor law.

We are hopeful that when Sysco returns to the negotiations table, they will bargain in good faith. We will keep you updated as soon as we have more information.