Posted by Paul Zilly 746sc on June 28, 2018
Local 117 members at Sysco stand in solidarity with Teamsters in Oklahoma 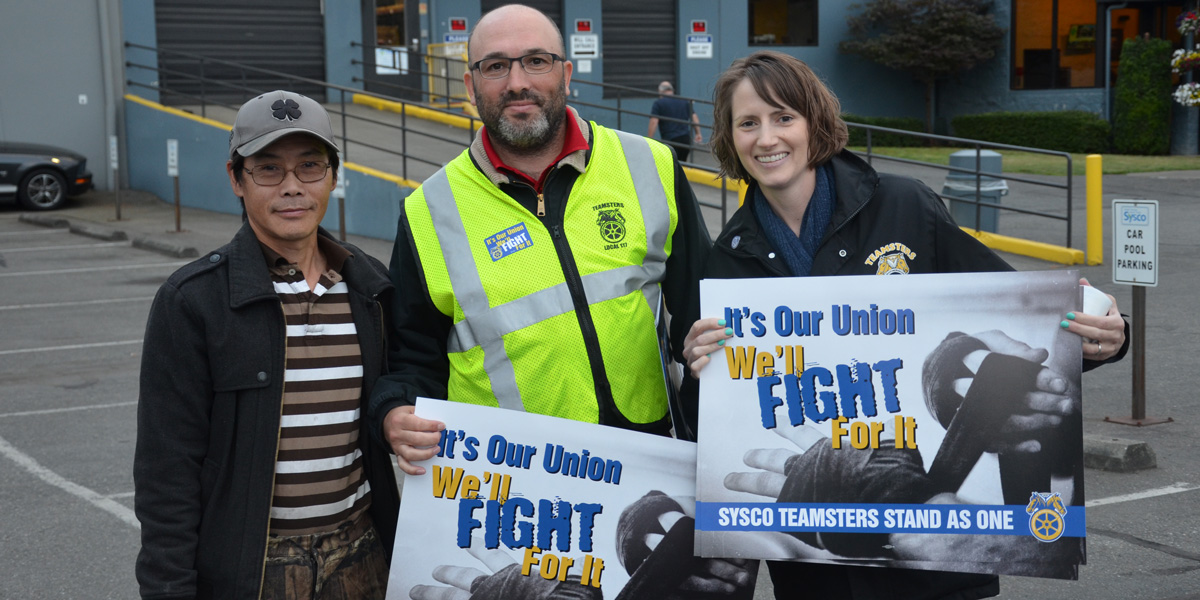 "It's Our Union - And We'll Fight For It!" That's what Teamsters at Sysco are saying.

Today Local 117 members took part in a National Day of Action. The group of drivers and warehouse workers wore solidarity stickers & put signs in their vehicles in support of our Brothers & Sisters at Local 866 in Oklahoma where the company has fired two shop stewards & are trying to break the union.

The show of unity and support of fellow Teamsters across the country comes just a few weeks before contract negotiations with Sysco kick off this summer.

Our members are ready to fight for a contract that respects the critical work they do to house and supply food services products throughout our region.