When members come together and get involved in their union, we can accomplish great things. 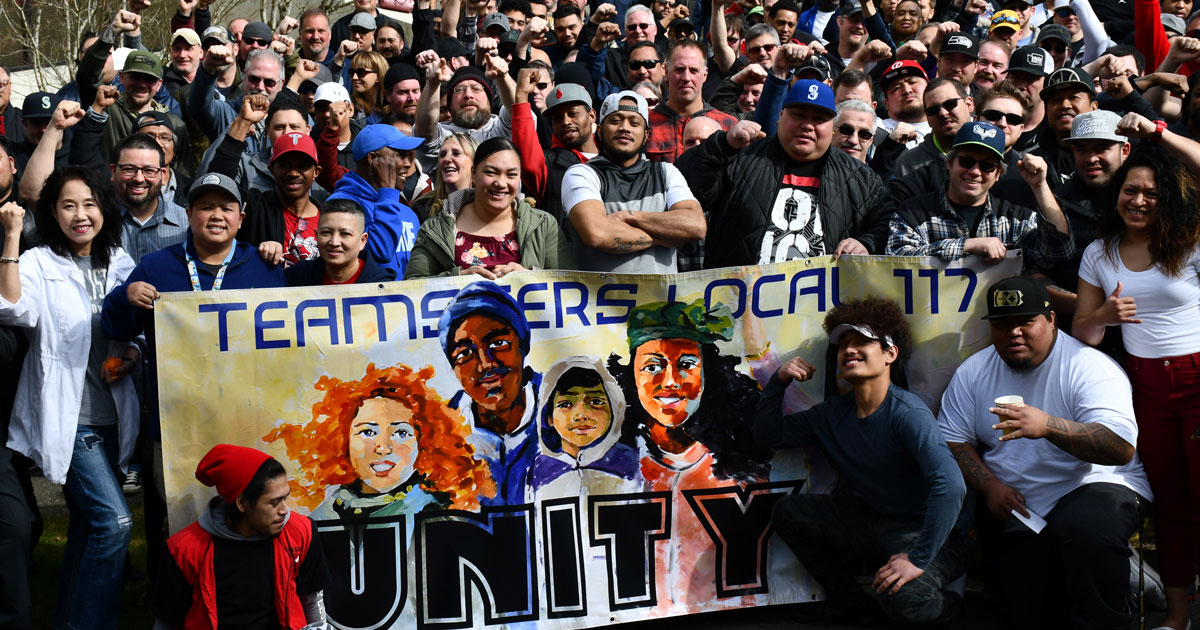 When members come together and get involved in their union, we can accomplish great things.

We’ve seen that recently at Teamsters 117 with a string of victories and inspiring examples of union solidarity.

For our members at the Department of Corrections and UW campus police, interest arbitration bills on their way to the Governor’s desk for his signature will immeasurably expand their rights in the workplace.

It’s a goal we’ve fought for nearly a decade poised to become a reality.

"When members come together and get involved in their union, we can accomplish great things."

At King County, we’ve also achieved a signature win. With historically high turnout, members at the County voted overwhelmingly to ratify a new Total Comp Agreement negotiated by a coalition of unions that will raise wages by a minimum of 7% over two years. The first wage increases will take effect this May with members receiving a retro check in June dating back to the beginning of the year.

This kind of union power is also fiercely present in our private sector shops.

Over the last few months, a group of mostly immigrant workers at Industrial Container Services has worn solidarity stickers, raised just practicing pickets outside of their workplace, and marched on the boss to deliver letters of community support.

Their goal? To end their employer’s bullying and win an equitable contract for themselves and their families. Their courageous actions should be an inspiration to us all.

All of this comes as our union prepares for an exciting event. On May 18, we will be holding our first-ever Womxn’s Conference for members of Teamsters 117 and their families. The conference will feature guest speakers, workshops, presentations, a fundraiser art-show, kid’s activities, and a delicious lunch.

This massive undertaking has been organized by a committee of member leaders. They’ve done the hard work of planning the agenda, inviting speakers, and recruiting attendees. The conference is open to all, and I strongly encourage you to attend. At this event we will unveil our newly-created scholarship - the Teamsters 117 Jayme Biendl Working Women’s Scholarship!

Members getting involved in our union can achieve amazing results. I encourage you to find ways to build unity and power in the workplace. All of us are stronger through your bold, creative actions.