We’ve started this summer with a bang. On one weekend in June, members voted overwhelmingly to ratify two contracts – at United Natural Foods, Inc. and Republic Services - with historic improvements. 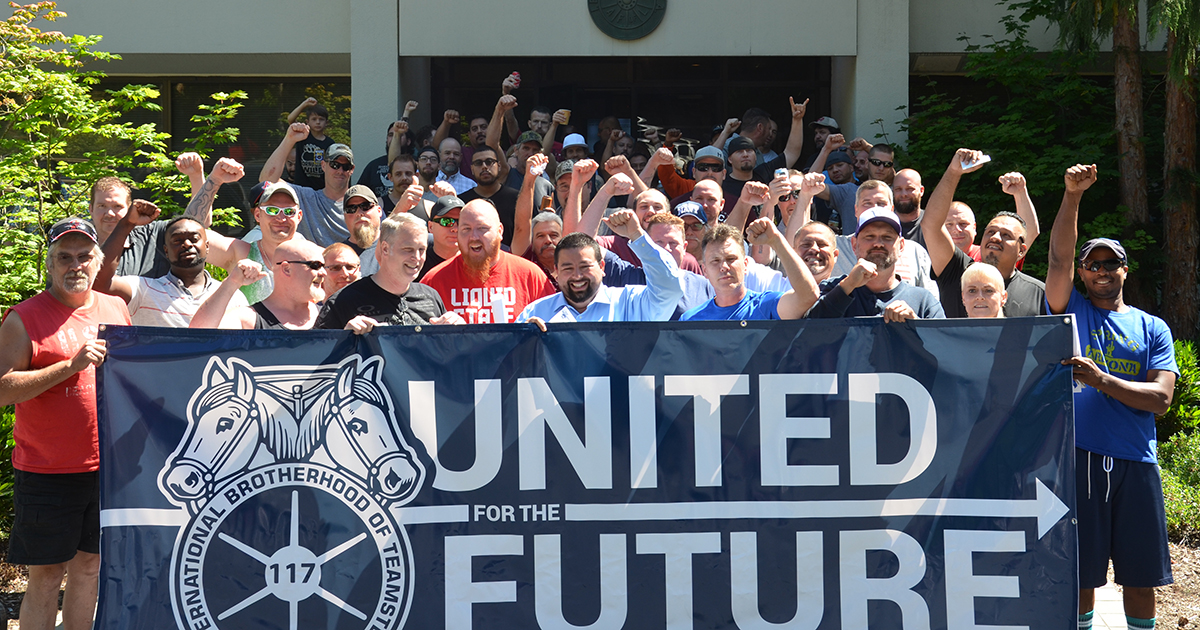 We’ve started this summer with a bang. On one weekend in June, members voted overwhelmingly to ratify two contracts – at United Natural Foods, Inc. and Republic Services - with historic improvements.

At UNFI, we achieved a defined benefit pension protection for the first time, while at Republic the majority of members will see an incredible 25% wage increase over four years.

These two contract wins are especially noteworthy given our turbulent history with the companies. At UNFI, members went on strike in 2012 in an effort to raise standards to match other contracts in the grocery industry.  At Republic, recycle and yard waste drivers have struggled for decades without success to achieve equitable wages and working conditions with the garbage haulers.

In both cases, it appeared that we were headed for a labor dispute if we wanted to achieve our goals. So what made the difference? What allowed us to translate two challenging contract campaigns into historic wins?  The answer is members getting involved in their union.

Members are getting more involved now than ever before because of changes we’ve made in the way we gear up for contract negotiations. Instead of waiting until the demands meetings to start thinking about the contract, union reps are working together with member leaders to develop Communication Action Networks (CANs) that have been vital to our success.

CAN captains are educating other members, initiating dialog, and building rank-and-file involvement and leadership well before the group gets together to discuss contract demands.

In the Republic campaign, a successful CAN network worked to more than doubled member turnout for a critical strike authorization vote. Similar member leadership efforts have led to strong contract wins at GP Gypsum, US Foods, the Department of Corrections, and many others.

We’ve developed a successful model. Our challenge now is to make sure that it is implemented union-wide and to sustain member leadership and involvement long after the contract is ratified.  That is how we will continue to build a powerhouse union for the future that always puts members first.

Thank you for making our communities strong. And thank you for your membership in Teamsters 117.