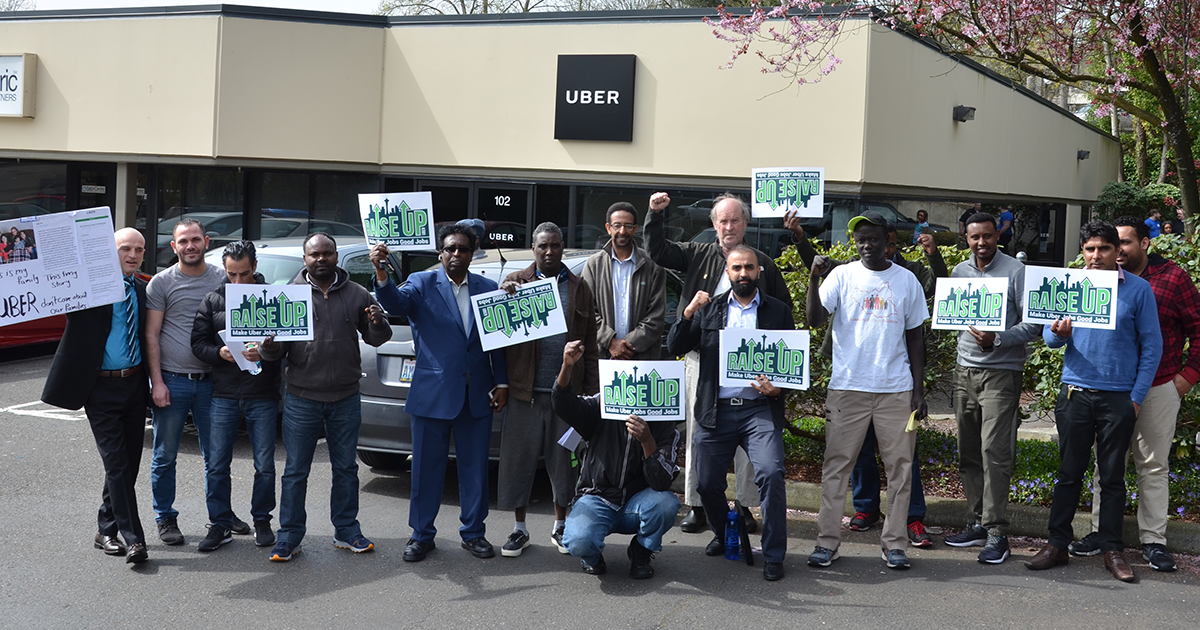 Uber drivers at the company office in Tukwila on April 4. The group was there to protest unfair deactivation.

Seattle for-hire drivers who are seeking to unionize under the city’s new collective bargaining law are determined to continue their organizing efforts after a federal district court judge issued an order temporarily blocking the new law.

"This is just going to make us come together and fight more."

“It’s disappointing, but it’s not going to stop us,” said Musse Bahta, who has driven for Uber for four years. “There are so many drivers who are ready to stand up for their rights. We are standing together with our union. This is just going to make us come together and fight more.”

Another Uber driver, Peter Kuel, also vowed to continue the organizing efforts. “The judge needs to understand what we’re going through. It’s too much. We feel the pain doing this job. We are not going to give up. We will continue fighting for those who cannot speak themselves,” he said.

Don Creery, a union supporter who has been driving with Uber since 2014, said drivers are facing so many issues that the ruling would not prevent them from continuing to seek representation.

“There are so many problems. We’re not being paid adequately. That means you work longer hours, which means you’re not safe. We have no benefits – that’s an issue. I work full-time for a 70 billion company. The American taxpayers should not have to subsidize my health care. That’s not right.”

In his ruling, Judge Lasnik made it clear that the temporary injunction should not be interpreted as indicative of a final decision in the case:

“The Court emphasizes that this Order should not be read as a harbinger of what the ultimate decision in this case will be when all dispositive motions are fully briefed and considered. The plaintiffs have raised serious questions that deserve careful, rigorous judicial attention, not a fast-tracked rush to judgment based on a date that has no extrinsic importance.”

For more information, please contact Dawn Gearhart at 206-794-6678 or dawn.gearhart@teamsters117.org.