Maria LaRiviere liked to shoot for the moon. A Tacoma girl and the daughter of working-class parents, Maria had her sights set on Georgetown University in Washington D.C. 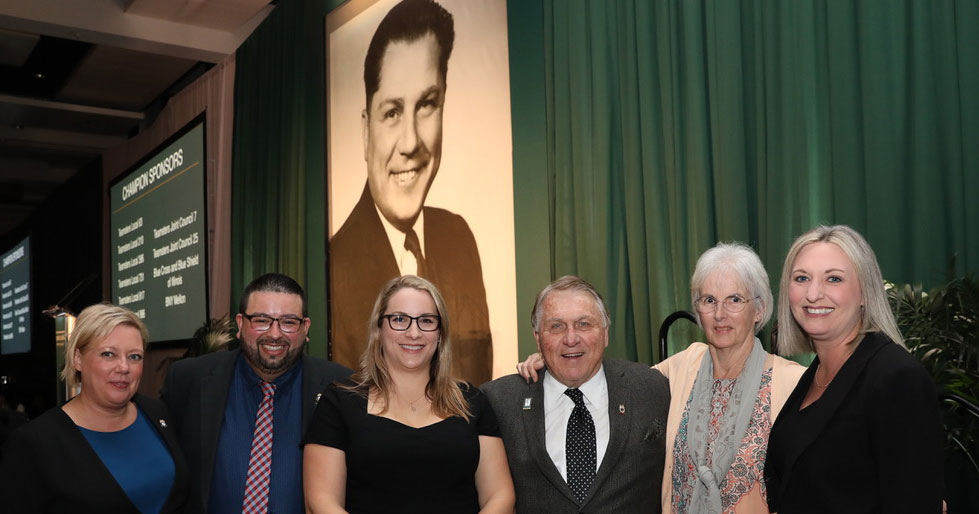 Marie LaRiviere always shot for the moon. A Tacoma girl and the daughter of working-class parents, Marie had her sights set on Georgetown University in Washington D.C. She had the grades to get there. The trouble was affording an Ivy League school.

Marie’s mom, Cammy, supported the family through her work as a 911 Communications Officer at Tacoma’s Law Enforcement Support Agency. She spent her days fielding calls from people in distress, a job she loved for the help she could provide the community.

It was a good Teamster job with excellent benefits, but tuition for Georgetown was off the charts. Cammy told her daughter that she could attend any college the family could afford but sending her to Georgetown would be a stretch.

Undeterred, Marie started to cobble together money for tuition. She applied for scholarships wherever she could find them. “She went after them all,” Cammy recalled. Inspired by her daughter’s determination, Cammy encouraged her to apply for a scholarship she found while flipping through Teamster magazine.

It was the James R. Hoffa Memorial Scholarship, the first year it was offered. The money was significant. “Twenty years ago $10,000 was a big deal,” Cammy said.

"We are eternally grateful..."

Marie was awarded the scholarship through her mom’s union. The money helped her attend Georgetown where she excelled academically and eventually went on to earn an MBA. “She’s been very successful because she got a good education,” Cammy insists.

For the 20-year anniversary celebration of the scholarship’s inception, the union invited Marie to address the attendees of the Hoffa Memorial Scholarship Dinner in Los Angeles. Cammy flew down to join her daughter at the event. Also in attendance were Cammy’s former co-worker at LESA, Teamsters 117 President Michelle Woodrow, along with Secretary-Treasurer John Scearcy.

“We are thrilled to be able to offer a range of scholarships opportunities to Teamsters and their families,” Scearcy said. “The LaRiviere family is an excellent example of the lasting impact these kinds of scholarships can have on members of our union.”

Now retired after a 21-year Teamster career, Cammy is thankful to this day. “We are eternally grateful for the money that was available to us,” she said.