Scearcy op-ed in the Seattle Times: History has shown us we need unions to keep workers safe

Our union's secretary-treasurer, John Scearcy, has published a powerful op-ed in the Seattle Times about how unions keep workers safe. Check it out! 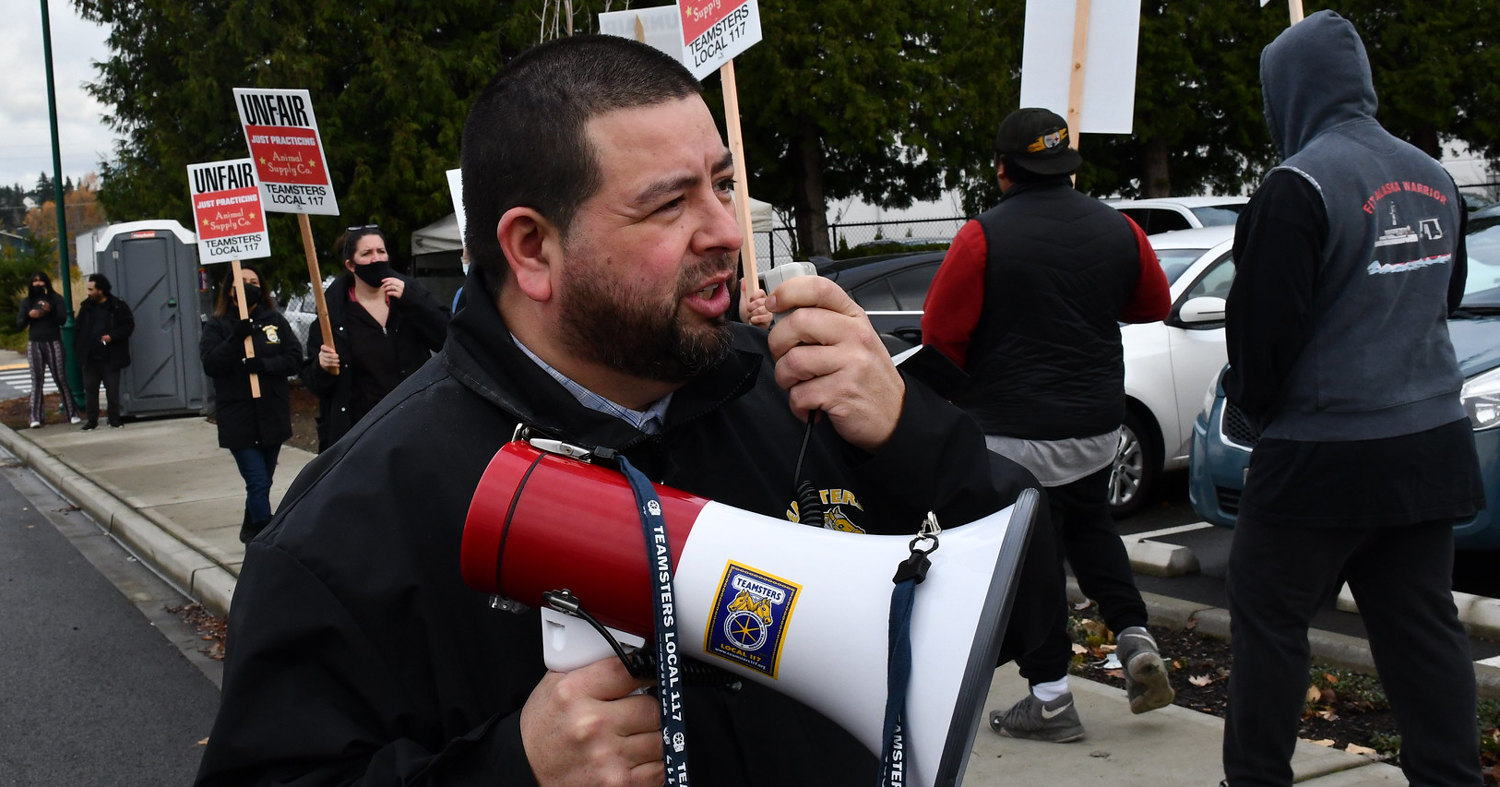 From fires to tornadoes, history has shown we need unions to help keep workers safe

In 1911, our nation suffered one of the worst industrial tragedies in our history. The Triangle Shirtwaist factory fire took the lives of 146 garment workers, mostly Jewish and Italian immigrant women and girls. Locked inside the New York City factory, many plunged out of high windows to their deaths to escape the billowing smoke and flames.

Workers were locked behind factory doors to prevent them from taking unauthorized breaks. Such appalling conditions seem unthinkable today. Yet, the recent horrors suffered by workers in a tornado that destroyed a Kentucky candle factory and an Amazon warehouse in Illinois remind us that history has a way of repeating itself.

With the catastrophic storm bearing down, supervisors at the candle factory in Mayfield, Kentucky, threatened to fire workers who wanted to leave their shift, workers reported. “It’s a regular workday,” one manager insisted. Eight workers died in the tragedy, with dozens more buried alive under the rubble of the collapsed factory.

Disturbingly similar accounts have emerged from an Amazon warehouse in Edwardsville, Illinois, that was likewise demolished in the storm. As calamity approached, one of the six workers who died in the disaster texted a loved one saying, “Amazon won’t let us leave.”

As with the Triangle Shirtwaist factory, workers in Kentucky and Illinois faced an awful choice: They were forced to risk losing their jobs right before the holidays or play a game of Russian roulette with their lives.

Sadly, workplace deaths are less of an anomaly than you might think. According to the Bureau of Labor Statistics, 4,764 workers died on the job in 2020. Often these deaths could have been prevented with proper training, safety equipment or other workplace protections.

The Occupational Health and Safety Act (OSHA), passed by Congress in 1970, holds that all workers have the right to a safe workplace. These recent tragedies are a grim reminder that OSHA is far from realizing its goal.

Clearly, much needs to be done to improve occupational health and safety for workers. Tougher regulations, stronger enforcement of existing laws, and more rigorous workplace safety training programs would all be steps in the right direction.

Perhaps the best way to improve safety is to make it easier for workers to form unions.

Unionized workers can address safety issues through collective bargaining. Unlike “at-will” employees, workers in a union can’t be fired for any reason. Managers must adhere to a “just cause” standard when processing discipline, which would have given cover to workers in Kentucky and Illinois who wanted to flee the catastrophic storm.

Workers in unions are also more liable to speak out against hazards on the job than their nonunion counterparts or take collective action to protect themselves.

Last summer, when temperatures in the Pacific Northwest soared to 108 degrees, immigrant warehouse workers in Kent who are members of Teamsters Local 117 spoke out about extreme heat in their workplace. Despite their protests, managers refused to turn on the air conditioning in the break room or ventilate the warehouse. Workers contacted their union representative, who confronted the employer and got the problem fixed. No one died from heat exhaustion that day, and no one got fired for asserting their rights.

In a study published in the BMJ Occupational & Environmental Medicine journal in 2018, researchers concluded that a 1% decrease in unionization resulted in a 5% increase in workplace fatalities.

Though unions can’t solve every problem at work, they are the best way to push back on unchecked corporate power that often prioritizes profit over safety.

In 1909, not long before the Triangle Shirtwaist tragedy, 20,000 workers braved a three-month strike that forced employers to improve working conditions in the New York City garment district. The catastrophic fire at the nonunion Triangle factory a year and a half later led to more improvements in the industry. Unions were able to push through workplace safety laws, and the International Ladies’ Garment Workers’ Union (ILGWU) grew in power and influence.

As with over a century ago, sweeping federal legislation is needed now to protect and empower workers, especially given the colossal threats of future pandemics and climate change. That won’t be easy given that many of our nation’s largest employers oppose unions and invest their vast resources in attempting to silence workers.

But workers don’t need to wait for action from Congress to form a union. Organizing your workplace now can lead to better wages, benefits and a strong collective voice. It may even save your life when the next disaster hits.

John Scearcy is secretary-treasurer of Teamsters 117 based in Tukwila, one of the largest Teamster locals in the United States.