A contract that recognizes the sacrifices of essential grocery workers 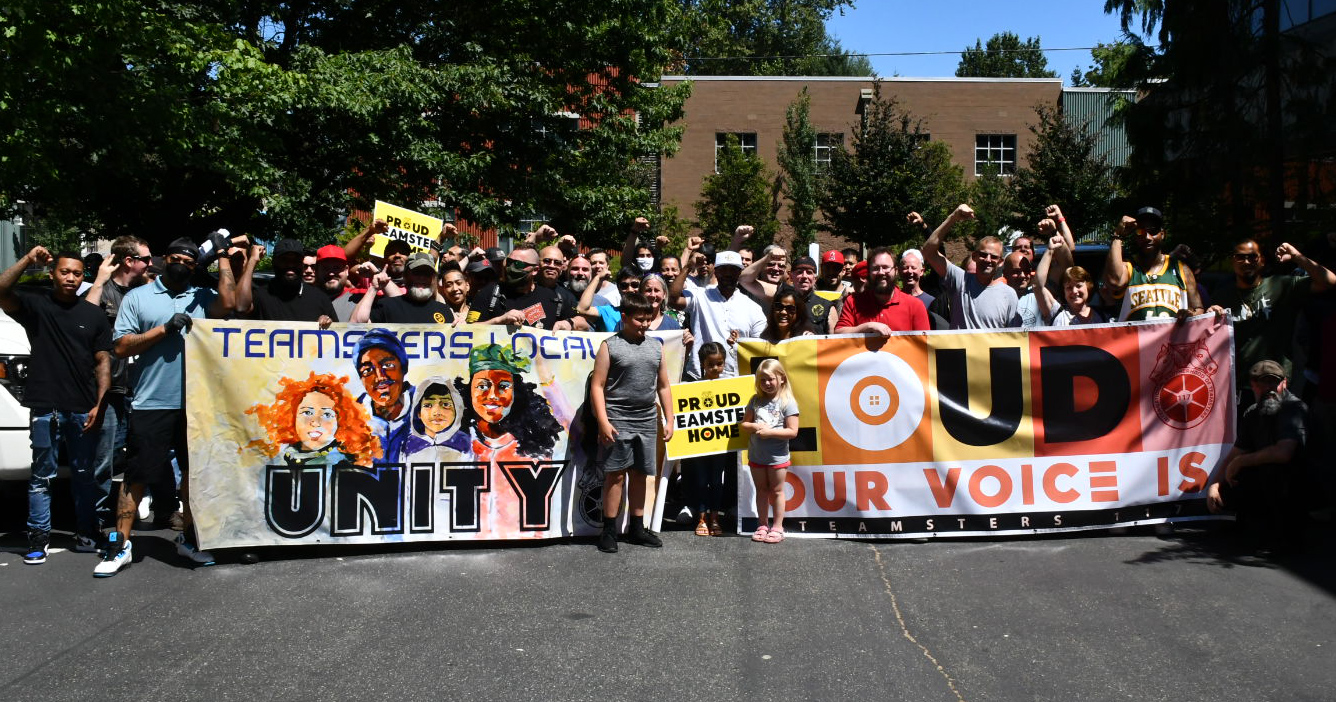 “This contract goes a long way in recognizing the hard work and sacrifices grocery warehouse workers have made throughout the pandemic,” said John Scearcy, Secretary-Treasurer of Teamsters Local 117.

“By now, the community is well aware of how important these essential workers are to ensuring that food and supplies get housed and delivered to grocery stores across the Pacific Northwest. We appreciate Safeway’s willingness to acknowledge the indispensable contributions these workers have made for all of us.”

“This is the first time I can remember that we’ve gotten such a significant raise, and the new retirees’ medical plan is excellent,” said Christopher Williams, a shop steward and member of the union bargaining committee. “I really appreciate the company seeing that we are the backbone behind their grocery machine.”

The union’s ratification of the Safeway agreement presents a stark contrast with the unanimous strike authorization vote (335-0) that workers approved yesterday at Fred Meyer.

“In negotiations, we’ve seen a tale of two companies,” Scearcy said. “With Safeway, you’ve got an employer that praises their workers as essential, then treats them that way by putting forth an excellent contract proposal that members can ratifiy. Fred Meyer, on the other hand, has been slow to respond to our economic proposals, ignored our safety concerns, and dragged out negotiations beyond the expiration of our contract. That’s not the way to honor workers who have kept grocery shelves stocked during the pandemic.”