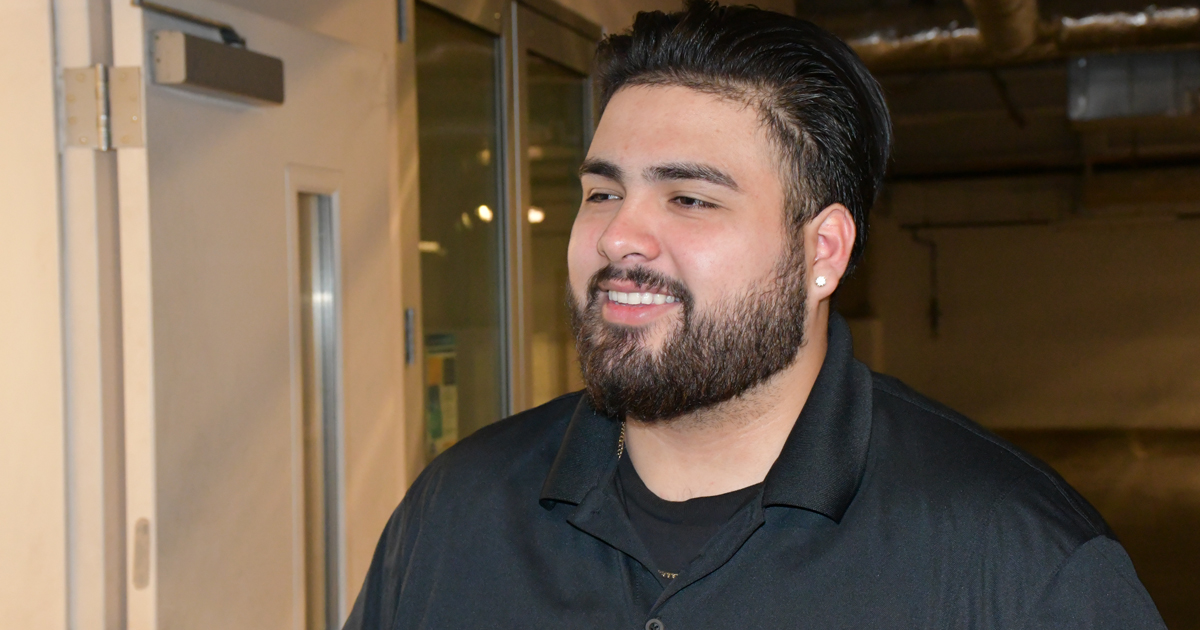 Bryan Gomez became a valet because he is a major car aficionado. But he also knows the importance of having a strong voice at work.

Workers at REEF Parking who staff the garages and lots in and around Seattle’s new Climate Pledge Arena have chosen to join Teamsters Local 117. The Seattle-area Local Union was authorized as the workers’ exclusive bargaining representative through a card check process conducted by an independent arbitrator on Friday, February 4.

The group of 28 employees – cashiers, flaggers, valets, and other classifications – cited the need for job security, secure scheduling, and family wages as reasons to come together as a union.

“I want to congratulate our newest members – Teamsters at REEF Parking – for winning a voice at work,” said John Scearcy, the Union’s Secretary-Treasurer and principal officer. “We are excited to get to the negotiations table and bargain a strong contract that gets these workers what they deserve – job security, family wages, secure scheduling, and decent working conditions.”

Scearcy also commended the company for taking a neutral position during the organizing process. “We appreciate this employer’s willingness to allow workers to decide for themselves if they want to organize a union. This is a model other employers should follow.”

With the certification of Teamsters Local 117 as the group’s exclusive representative, the workers can begin the bargaining process. In the next few weeks, they will meet with union representatives to establish their priorities for negotiations and elect rank-and-file leaders who will participate on the union bargaining committee.

"Having a voice in the workplace is important,” said Bryan Gomez, a REEF Parking valet who has served the players, fans, concert-goers, and other customers at Climate Pledge Arena since it opened last year. “I’ve had jobs where you’re working one second and the next second they let you go. With a union, that won’t happen – your job is more secure.” Gomez said he was also concerned about his wages not keeping up with the cost of living, an issue he hopes to address in contract negotiations. “Everything is getting more expensive, especially with COVID,” he said. “I pay $2,100 for rent, and it’s tough to make it. So getting regular wage increases is also important for us.”

REEF Parking workers join hundreds of Teamsters Local 117 members in the parking industry and over 200 newly-organized members employed in Guest Services at Climate Pledge Arena. These workers include the greeters, ticket scanners, ushers, and many other workers who help operate the venue.