It’s a new day for Teamsters at Auto Warehousing. After a long contract fight, members voted to ratify what is clearly their best contract in years. 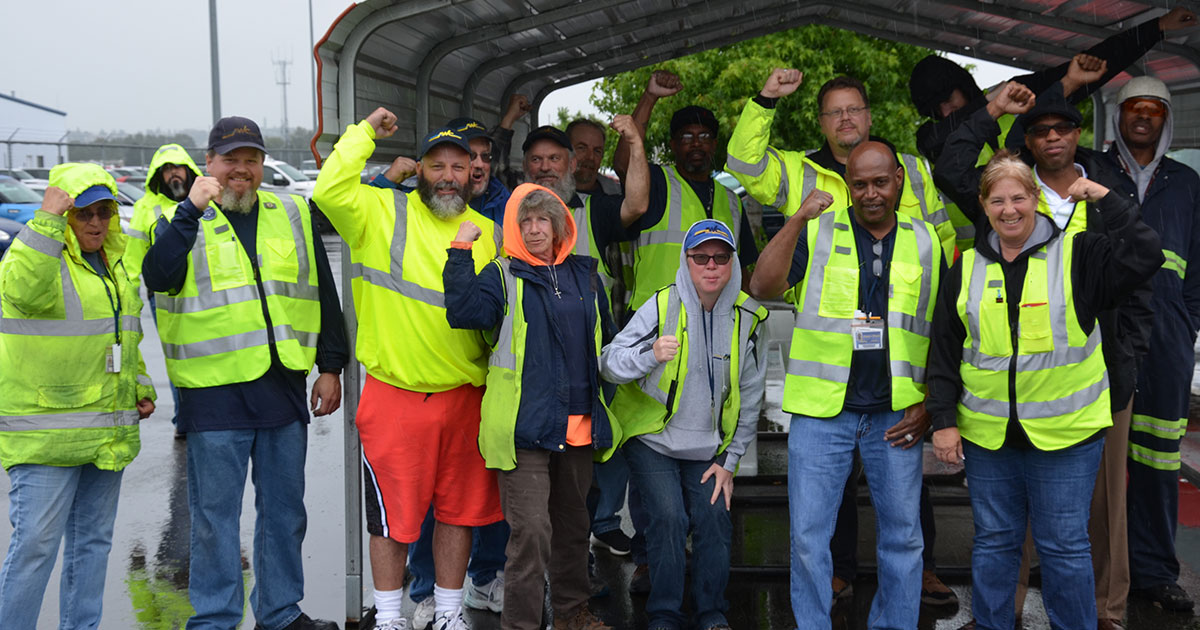 It’s a new day for Teamsters at Auto Warehousing. After a long contract fight, members voted to ratify what is clearly their best contract in years.

Members will see historically high wage increases in all three years of the agreement, greater retirement security, and an incredible 50% reduction in their monthly premium share on their health insurance.

"We came in aggressive... We’re already seeing positives out of that."

“We came in aggressive, we had points we wanted taken care of, and we argued those points. We’re already seeing positives out of that,” said Randy Chronister, a shop steward, member on the union bargaining committee, and Teamster of over nine years.

It wasn’t easy. The group overwhelmingly authorized a strike, and they voted down two previous proposals. Their militancy, Chronister said, arose because members felt the support of their union like never before and a dramatic increase in union visibility.

“We did BBQs, wore buttons, and posted pictures on the union’s website and Facebook page. Seeing our secretary-treasurer come down here, having our lead negotiator be the vice president of the union – people are feeling very much empowered.”

For a group that hasn’t filed more than a grievance or two in the last several years, these are big changes.

The trick, Chronister insists, is to sustain member involvement for the long run, now that the contract has ratified. “We need to continue doing what we’re doing with the shop stewards working with the union representatives, and making sure people are aware of their rights and empower them. We’re looking forward to that.”

John Scearcy, our union’s secretary-treasurer, says the changes he’s seen at Auto Warehousing have built a powerful foundation for the future. “Teamsters at Auto Warehousing fought incredibly hard to achieve meaningful improvements to their contract. They used their collective voice to demand respect in the workplace. Our goal is to continue to build this momentum so that we can achieve an even stronger contract three years from now.”