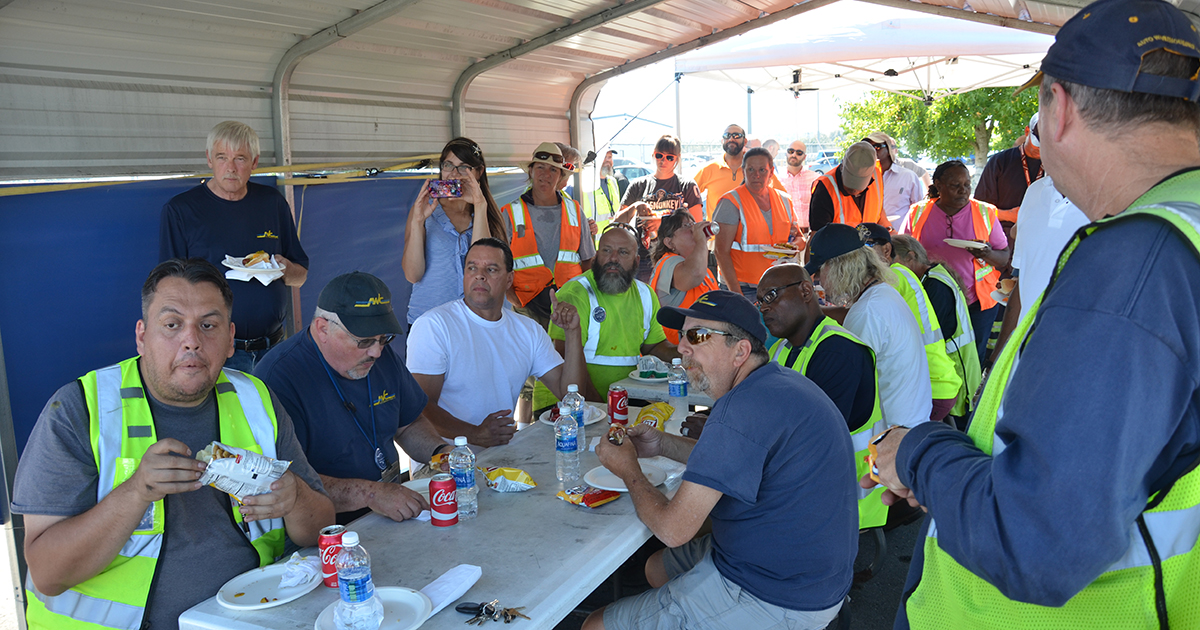 Union solidarity was in full force down at Auto Warehousing yesterday. Dozens of members getting off their shift lined up for hot dogs as union reps from the Local manned the grill. People wore buttons that read, “This is what a Teamster looks like.”

“This is real positive,” said Hassan Ward, a 20-year Teamster and shop steward at the facility. “When we come together like this, everybody feels empowered. It’s beautiful.”

"When we come together like this, everybody feels empowered."

The group is in the middle of a tough contract fight with their employer. Members want contract proposals from the company that respect their work and their families. So far the employer has not come prepared to bargain and their proposals have been substandard.

“We need management to be willing to bargain. They have not been so far,” said Randy Chronister, a 9-year Teamster and shop steward who serves on our union bargaining committee.

Teamsters at Auto Warehousing voted overwhelmingly to authorize a strike in June, and they have been working without a contract since June 1. Our union committee has a federal mediation session with the company scheduled for the end of July.

“We’ll see if they’re actually willing to bargain,” Chronister said. “The cost of living is constantly going up and health care is going up. We need a strong contract that protects all of us.”

Both Marcus Williams our union’s vice president and the lead negotiator in bargaining as well as Local 117 Secretary-Treasurer John Scearcy, our principal officer, attended the BBQ event.

“This company profits through your labor,” Secretary-Treasurer Scearcy said, addressing the group. “You deserve a contract that reflects your dedication, hard work, and the sacrifices you make every day. By standing strong together, we can achieve that goal.”