Matt Huston gets recognized as Officer of the Year for his hard work and dedication to compassionate policing. 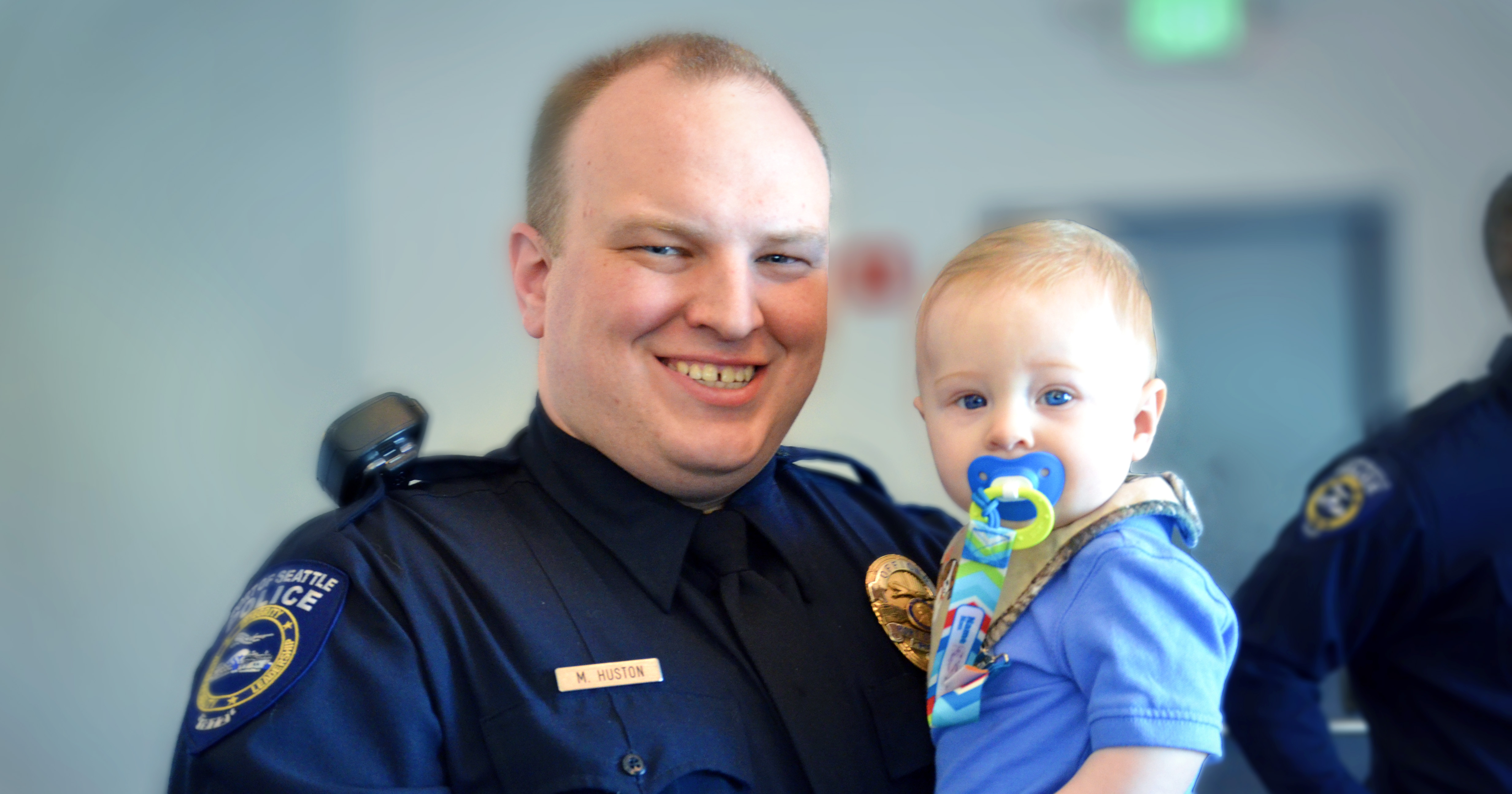 Under the roof of Museum of Flight at the Boeing Field, police officers who work at Sea-Tac airport gathered to celebrate the Annual Awards Ceremony in recognition of outstanding service that law enforcement officers do everyday to keep our communities safe and promote nonviolence.

"It absolutely is a rewarding job."

Representatives from Seattle Children's Hospital thanked the officers for their invaluable assistance escorting young patients and their parents flying in from areas as far away as remote Alaskan villages. Officers at the airport provide security and support for families in their most stressful moments.

The highest award of the day, Officer of the Year, was presented to officer Matt Huston. He attended the event with his wife, three-year-old daughter and a baby they had welcomed just last year. 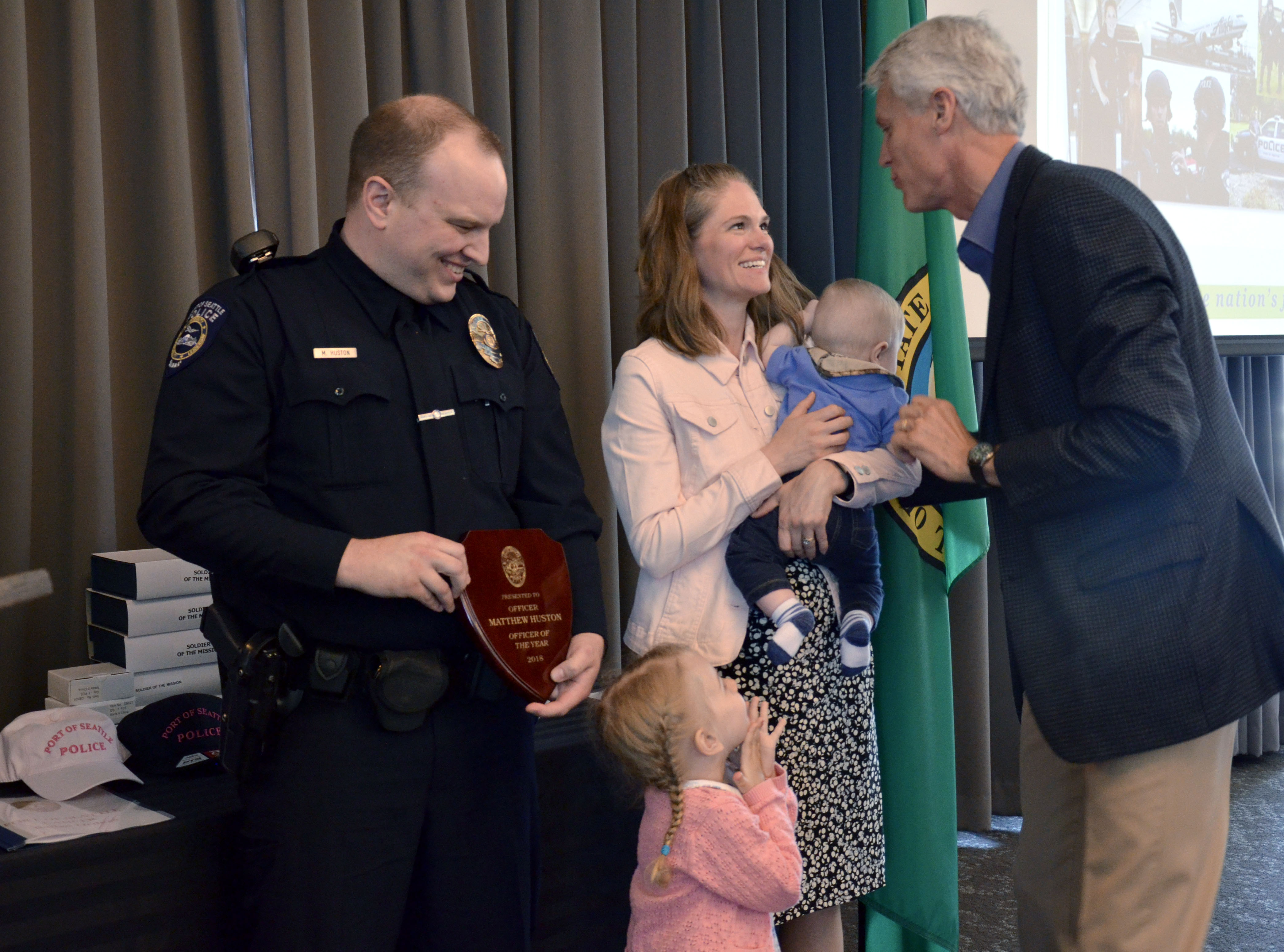 Despite taking the time off to care for his family and the newborn, Huston had responded to the highest number of incidents on patrol in 2017. His coworkers applauded his hard work and qualities of a proactive team player, yet what set him apart was his humanity. Huston's compassion in policing was evident when he spent over two hours by the side of a disabled motorist until his family arrived and when assuring highest level of care and protection when encountering a mentally distressed driver and her daughter fleeing domestic violence. It was also evident when he handled situations involving physically large and aggressive individuals nonviolently and without incidents.

It absolutely is a rewarding job," Huston said. "You see people sometimes at their worst, but you get to help them get a little better." This Teamster also received a "Soldier of the Mission" award for embodying Port of Seattle Police Department's mission statement. Sarena Davis, Teamsters DOC Coordinator, presented Huston with a cash gift on behalf of Teamsters in recognition of his outstanding achievement.